Thousands of children’s dreams have already become reality — and there’s a lot more to come.

Why Global Citizens Should Care
The UN’s Global Goals call for good health and wellbeing for all, and that includes mental health too. The Reach for a Dream Foundation offers the children it works with the chance to be just that, children. Join us by taking action here to support healthcare around the world.

Thousands of children with life-threatening illnesses across South Africa have had their dreams turned into reality, thanks to a foundation that works to give them hope and courage.

The Reach for a Dream Foundation has worked with over 500,000 children and has made over 18,000 dreams come true.

It believes that children can use their dreams to help them in their fight against illnesses, and to help them live a greater and more fulfilling life.

Take Action: Call on Botswana to Lead the Fight Against Neglected Tropical Diseases and for Menstrual Health

One of the children whose dream has already come true is 5-year-old Indiphile Majacimani, who was diagnosed with acute lymphoblastic leukaemia, and whose dream was to have a rocking horse.

To make her day extra-special, the foundation also took Indiphile to the local riding school, where she was able to see and feed real horses.

Yannick (4) CT Dreamer is a massive cricket fan who loves watching the matches on TV. His idol is @hashamla. We filled his tummy at Spur thanks to @fulltummyfund then His dream came true, he met his idol and got a signed shirt & bat at Newlands Cricket ground 🏏#inspiringhopepic.twitter.com/b78WGcHdTu

Another child, 10-year-old Marlon Mohamed, got to meet his hero — rugby player Patrick Lambie, and talk all things rugby with him in the Shark Tank locker rooms. The foundation also arranged for the Sharks and SA Rugby to gift jerseys and hampers to Marlon.

Now, with support from Global Citizen partner Big Concerts, the foundation is launching a new initiative to bring “Dream Rooms” to children who are in need of a sanctuary within hospitals too. 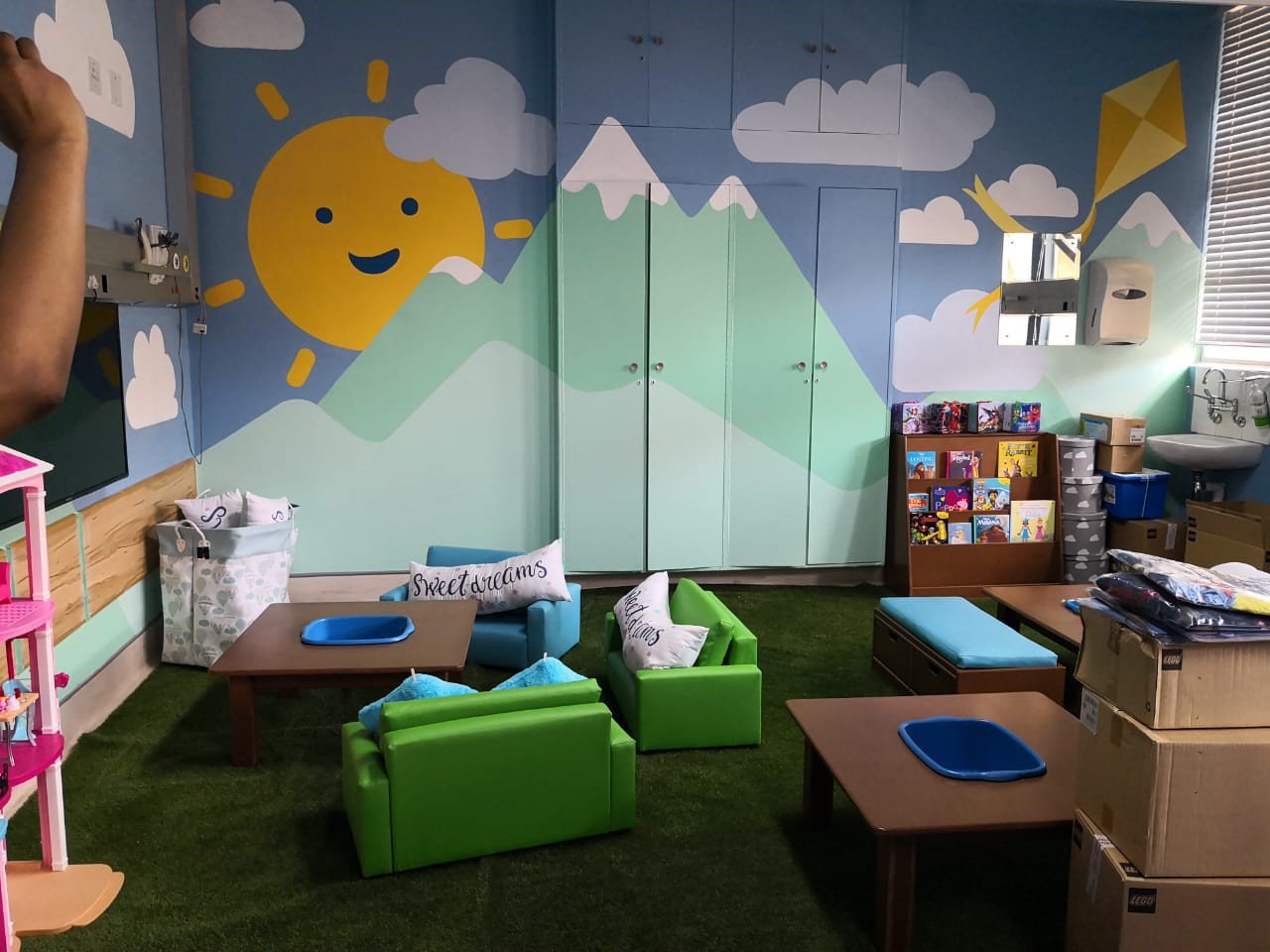 One of the dream rooms that Big Concerts is creating for children with life-threatening illnesses.
Image: Reach for a Dream

The aim is to build 30 dream rooms in hospitals across the country that care for children between the ages of three and eight.

These rooms are a “home away from home” for the children, to help them get away from hospital wards, and treatment. Instead, the kids can go to the dream rooms to read, play, or focus on activities that entertain and stimulate them.

CT Dreamer, Zaydryn dreamed of owning his own laptop! His dream came true & to make it even better he went up Table Mountain ⛰& after had a yum lunch at Spur. Thanks to @BigConcerts@TableMountainCa & @SpurRestaurant for making it all possible. 🌈#Inspiringhope#30yearspic.twitter.com/2ohP3dEdY8

“We found that the kids are bored for long periods of time, and need a place for them to fulfill their hobbies or spend some quiet time,” Heidi Rowley, Reach for a Dream’s Western Cape branch manager, told Global Citizen.

The foundation, which was established in 1988, always aims to take the children out into a new environment with their families to create “dream experiences” for them. However, those who rely heavily on constant treatment and observation are unable to step out of the hospital, which is why the dream rooms are so important.

Related Stories Sept. 6, 2018 Miss South Africa 2018 Is on a Mission to Put an End to Tuberculosis

They give the children who can’t leave the hospital an opportunity to create just as many great experiences in a different environment.

“This room also allows for the kids to spend time with their families and create memories with them in a more personalised space, especially those who aren’t able to leave the hospital,” added Rowley.

The rooms will also have educational materials, electronics, and arts and crafts, and children will get the chance to interact with their peers, which aids in their development.

KZN Dreamer Rahim has dreamed of having his own Jeep. Our sponsors @FR Warring & @Jeep Umhlanga made his dream come true 🌈 by taking Rahim to the Jeep dealership. He was taken around in a Jeep, before they gave him his very own Jeep. He is one proud owner of his new wheels! 🚗💨 pic.twitter.com/hdhC0GfGKy

The foundation, with the help of Big Concerts, will raise enough funds to make sure that the dream rooms create no extra cost for the hospitals and maintain the room completely; from the painting of the walls right down to the very last pencil.

Since launching the initiative in August this year, the foundation and Big Concerts have raised funds for one room at the Red Cross War Memorial Children's Hospital in Cape Town. They have also since raised funds to upgrade and oncology unit at the hospital.

Related Stories Oct. 11, 2018 This Activity Book Teaches African Children About Themselves, Their History, and Their Reality

But the scheme has only just begun — and the dream rooms will hopefully make life a little brighter for many more children across South Africa.

Health and wellbeing for people, especially children, is one of the UN’s Global Goals that work together to bring about an end to extreme poverty.

The Reach for a Dream foundation is using its tools and skills to keep children motivated, hopeful, and uplifted despite their illness — which plays a major role in how they view their future. The Dream Room initiative is vital in maintaining these aspects; children are our future and need to be developed and nurtured emotionally and mentally, not just physically.

If you want to get involved, find out more on the foundation’s website here.