“We not only have the power to take action, we have the will to get the job done." 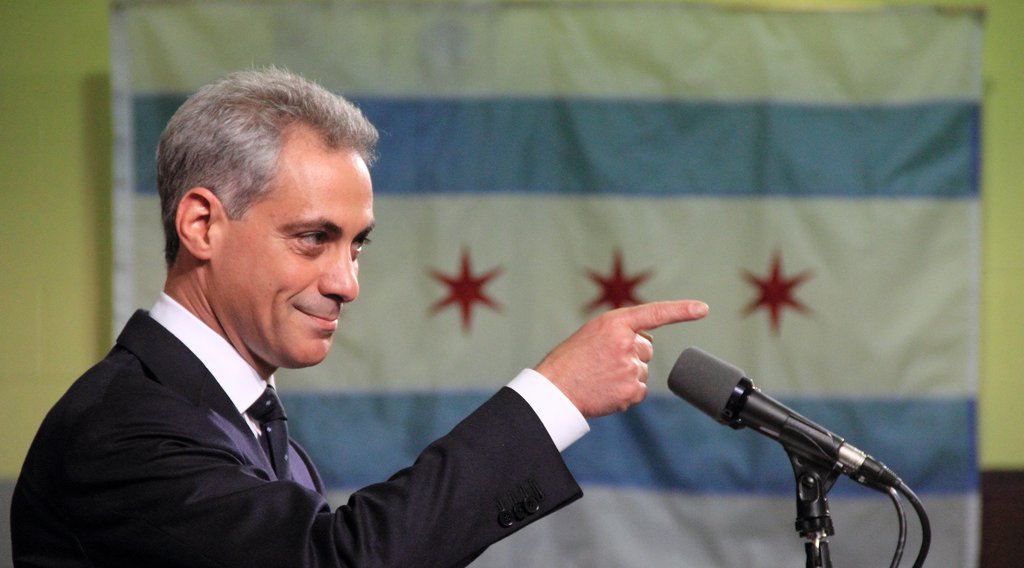 America's heartland may soon be on the front lines of the climate change battle.

Chicago Mayor Rahm Emanuel promised today that his city — along with other cities around the country — would lead the climate change fight in light of President Donald Trump's changes to US environmental policies.

“While the Trump administration is dropping the mantle of leadership on climate change, American cities from coast to coast are picking it up,” Emanuel wrote a fiery op-ed published today in the Guardian.

“From small towns to metropolises and from the coasts to the heartland, Republican and Democratic mayors are united in common cause to curb emissions, shrink our carbon footprints and fight for a greener future," he said.

The mayor went described a number of Chicago policies implemented in order to reduce the city’s carbon footprint in accordance with the guidelines of the 2015 Paris Climate Accord, which President Trump pledged to back out of this year.

Read More: The Future of Climate Change Could Be Up to How Cities Respond

These measures include establishing a mass retrofitting of buildings to make them more energy efficient, a huge overhaul of the public transportation systems of the city, and providing over $37 million towards low and emission free vehicles throughout the city of Chicago.

Emanuel is certainly not alone in pledging the support of his city to combating climate change.

The mayors of 372 cities across the U.S have signed on to a group called “Climate Mayors,” all of whom are committed to meeting the emissions standards laid out in the Paris agreement.

Trump maybe withdrawing the US, but 61 #ClimateMayors are adopting the #ParisAgreement. Cities will lead the way https://t.co/oablh5W4uJpic.twitter.com/hYXZby2WmT

Even without support from the federal government, cities will be able to make a difference in fighting climate change, as Global Citizen reported recently. Cities are likely to feel the impact of climate change quite sharply, and are able to respond more quickly than larger bureacratic governments, according to the report.

Former New York City Mayor Michael Bloomberg said recently in a Guardian op-ed that cities can be at the heart of solutions on climate change.

“Globally, cities account for about 70% of carbon emissions,” he wrote. “That makes them the bulk of the problem, but they are also the source of the most effective solutions.”

After Trump withdrew the US from the Paris Climate Agreement, Bloomberg worked with California Governor Jerry Brown to spearhead an initiative called “America’s Pledge,” a group designed to monitor the actions of cities, states and businesses in order to cut their greenhouse gas emissions to the levels set in the Paris agreement.

In the wake of Trump’s announcement to withdraw from the Paris agreement, the group released a letter in which thousands of government, business, and higher education leaders pledged to continue to work to meet the goals outlined in the pact.

Behind their words lies the potential for massive action across the nation. The entire coalition represents $6.2 trillion of the US economy.

These actions suggest that America is moving toward a less centralized approach to combating climate change.

At the 2016 Global Citizen Festival in Hamburg, Germany, Brown announced plans for the 2018 Global Climate Action Summit in San Francisco, an event billed to “encourage progress at a critical moment that will take place at the United Nations Climate Change Conference later that year.”

Officially the event will be hosted by the state of California.

Everyone from citizens, to NGOs, to governments were invited to participate.

Like the efforts of Bloomberg and Brown, Emanuel’s rallying cry for cities and its residents to keep up the fight against climate change provide a clear path of action towards a greener planet, and a reason to remain engaged.

“In Chicago and cities across America, we are sending a clear signal,” Emanuel said. “We will not be deterred and we will not let the truth about climate change be obscured.”

Global Citizen campaigns on the Global Goals , and climate action is goal 13. You can take action on this issue here .