Evan Mandino, right, sits with neighbors on a couch outside their destroyed homes as sun sets in the aftermath of Hurricane Maria, in Yabucoa, Puerto Rico, Sept. 26, 2017.
Gerald Herbert/AP
NewsHealth

Why Global Citizens Should Care
Hurricane Maria was one of the deadliest natural disasters in US history, with up to 5,000 people dying as a result of the storm. Puerto Rico’s government has so far been unable to secure enough funds to rebuild infrastructure and protect against future storms. You can join us on taking action on this issue here.

The government of Puerto Rico has quietly updated the official count of people who died as a result of last year’s Hurricane Maria, according to a July 9 report released by Governor Ricardo Rosselló.

The death toll was initially determined to be 64, and now that number has risen to at least 1,427, according to the report. The government is waiting for a commissioned analysis by George Washington State University before it officially commits to that, or another, number. But this new admission is in sharp contrast to the federal government’s accounting and aligns with an independent analysis by the New York Times from last year.

The governor’s report is a preliminary draft of a request for $139 billion in recovery funds. Even though the country has restored its electricity and water systems, there are still major infrastructural problems, and massive investments have to be made to ensure that the island is more resilient the next time a terrible storm arrives.

Among other things, the funds will go toward bolstering critical infrastructure, modernizing emergency services, and improving schools and hospitals, according to the report.

“Puerto Rico has a unique opportunity to innovate and rebuild the Puerto Rico that we all want,” Governor Rosselló said in a statement.

Puerto Rico, a US territory, has been struggling to get disaster relief funds from the federal government since the hurricane hit, and it’s unknown if this latest request will be approved. The island is also contending with a $120 billion bankruptcy.

So while the initial death toll from the storm’s powerful winds and rainfall was 64, hundreds of more people died over the next several months from knock-on effects. 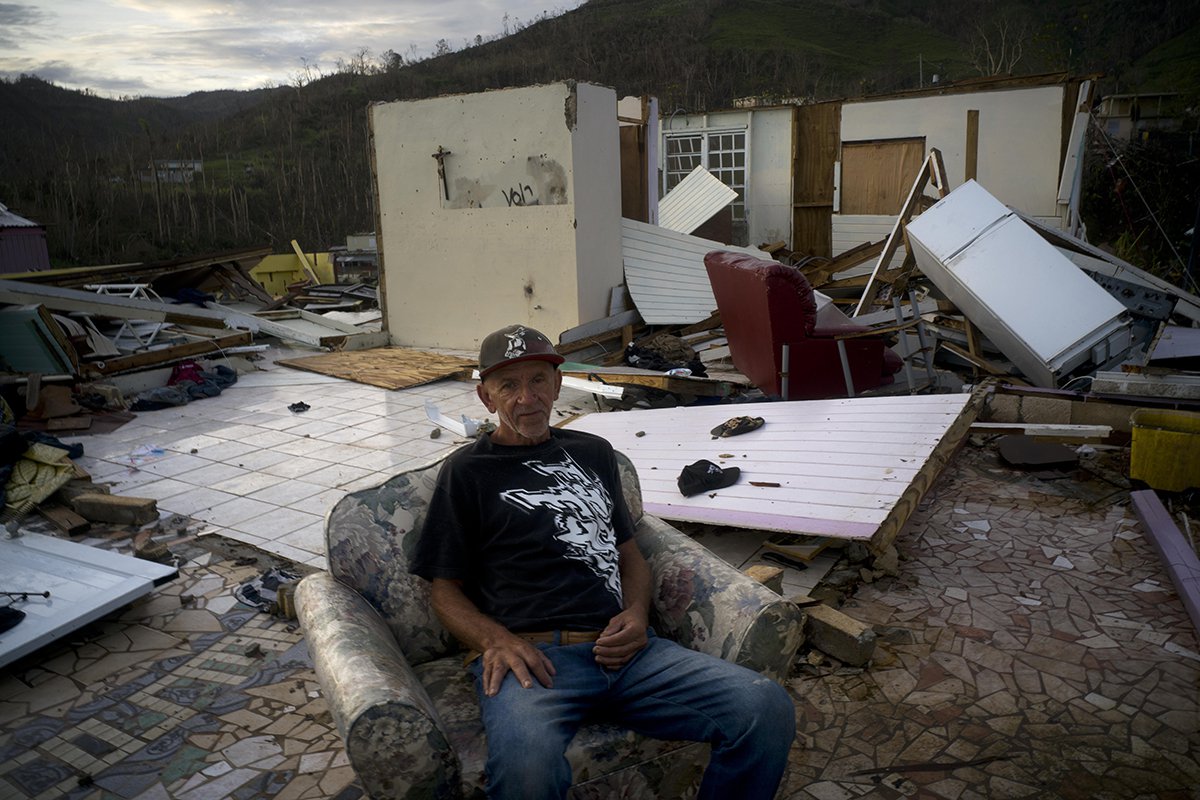 When the government compared death toll figures at the end of 2017 with those at the end of the year before, 1,427 additional deaths were found, according to the Times. Other studies have found that more than 5,000 people in Puerto Rico may have died from the hurricane.

That includes people who died from sepsis in blacked-out hospitals, kidney failure when their home dialysis machines failed, diabetes when insulin became inaccessible, broken breathing machines, and much more.

“The hurricanes’ devastating effects on people’s health and safety cannot be overstated,” the report stated. “Damage to critical infrastructure resulted in cascading failures of lifeline systems of energy, transportation, communications, and water supply and wastewater treatment.”

“Because the resources available for response were inadequate for the scale of the disaster, the failure of the lifeline systems meant that emergency services were severely compromised and residents lacked electricity, food, and water for a prolonged period,” the report continued. “And with roads impassable, residents had limited access to medical care.”

When US President Donald Trump visited Puerto Rico last year after Hurricane Maria, he applauded the country and told citizens they should be “very proud” that the death toll was so low. In reality, Puerto Rico sustained one of the deadliest natural disasters in recorded US history.