Why Global Citizens Should Care
There is enough food to feed the world, yet an estimated 925 million people suffer from hunger and malnourishment. Malaysian company, Stixfresh is stepping up with a solution to reduce food waste, which could go a long way towards easing food insecurity. Join us here in taking action to ensure all children have access to the nutrition they need to thrive.

A Malaysian company called Stixfresh has invented a produce sticker that extends the shelf life of fruits by 14 days — and it could be a game-changer for reducing food waste, Mashable reports.

Made from 100% organic ingredients like sodium chloride and beeswax, the stickers remove ethylene — the ripening hormone found in fruit — to make apples, pears, avocados, dragon fruits, kiwis, mangos, oranges, and other citrus fruits last longer. Through natural reactions, the stickers keep these fruits firm and stop mold from growing.

Stixfresh works with fruit farms across Asia to apply the stickers and recently expanded its efforts to the US. The company also plans to develop a sticker that could preserve berries and vegetables in the future.

CEO Zhafri Zainudin spent three years working on the invention to "perfect the sticker in terms of efficacy and manufacturing process," according to a press release.

“We did a joint development with our local university UPM, research institutions, and agencies such as Mardi and SIRIM, and recently with Bogor University and University of South Australia,” Zainudin said in the release.

Roughly on-third of the food produced around the world is wasted — and fruits and vegetables have the highest wastage rates, according to the Food and Agriculture Organization (FAO). If more carefully managed, this food could be put to good use and help feed the 925 million people suffering from hunger and malnourishment globally. 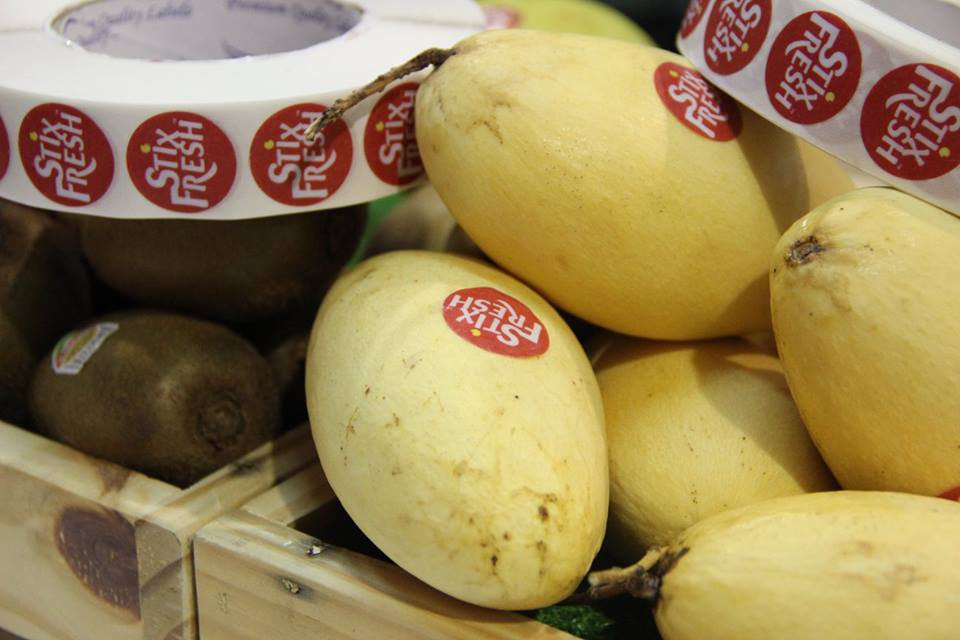 In developing countries, food waste tends to happen most often post-harvest and during the processing phase, which can impact overall food availability. In wealthier countries, on the other hand produce is more abundant yet is wasted on grocery store shelves and after purchase, according to the FAO.

Every year, the US wastes around 40% of the food it produces. At the same time, one in eight Americans experience food insecurity. This paradox must be addressed at a local, national, and global scale.

Food waste not only signifies the loss of perfectly good sources of nutrition; it also means resources including water, land, energy, and labor that went into producing the food are needlessly squandered. Further, the greenhouse gases emitted throughout the production process remain in the atmosphere and contribute to climate change, whether the food actually makes it to someone's plate or not. In fact, food waste actually increases the amount of greenhouse gas emissions generated through food as it rots in landfills and elsewhere.

Read More: Labeling Food Based on Its Environmental Impact Could Change the Way We Grocery Shop

Tackling food waste, from the point of production to consumption, could profoundly improve food security around the world while also helping to mitigate environmental impact.

Stixfresh's fruit stickers are a step in the right direction, and could set a precedent for other companies and individuals looking to curb food waste.

By Erica Sánchez  and  Sophie Maes