"Some of the girls began breaking down and crying, while others began protesting." 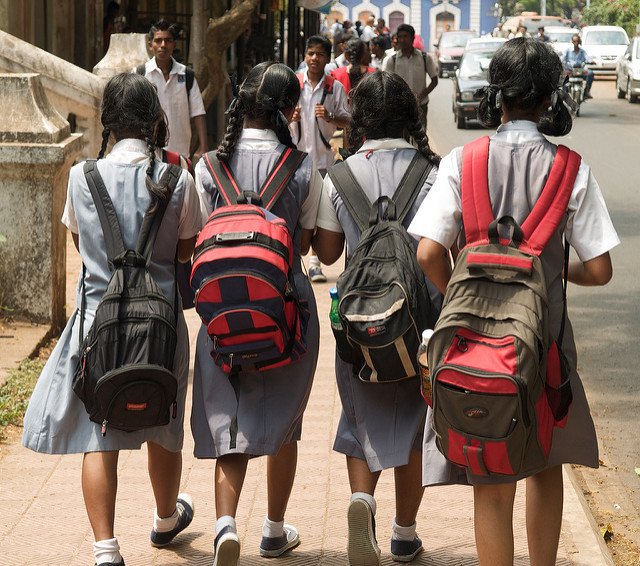 Parents were outraged after Surekha Tomar, the principal at Kasturba Gandhi Girls Residential School in India, forced 70 girls ages 10 through 14 to remove their clothing and prove they were not menstruating.

The incident occurred March 26, after Tomar found menstrual blood on the door of a common bathroom, according to The Times of India. Adhering to her strict policy on “cleanliness and discipline,” she reportedly threatened the school girls if they did not follow her “menstruation check.”

"I still say what I did was right because I believe in cleanliness and discipline. These girls and the staff members of this school have united against me because they do not want a strict warden,” Tomar said.

Though the government-run school tried to keep the matter quiet, the girls spoke out through public protest, catching the attention of the school district and the authorities.

Indian officials are investigating the matter, according to BBC.

Tomar at first defended her actions then later denied the event, and some girls claim she marked herself absent from the day as a whole.

"Some of the girls began breaking down and crying, while others began protesting. Then the warden pulled out a register and marked herself as absent, telling us that she was on leave. Maybe she had already realized that she had made a big mistake,” one student told the Times of India.

The school took punitive action the following week by firing Tomar and replacing her with Neeta Chaudhary. But it may be too late to save face for the school. About half the girls did not return to school after the incident, according to TOI.

"The entire team will go back to the parents to convince them to send their children back,” Chandra Kesh Yadav, the of the school district basic shiksha adhikari (BSA) said.

Sadly, the girls at Kasturba Gandhi were the ones who needed education the most. The school was set up as part of a school system to provide upper primary education for girls born to lower castes, minority communities, or living in poverty.

Nearly 23% of girls dropout of school in India. For those who stay, India’s 120 million school-age girls miss an average of six days a month due to lack of sanitary facilities to manage menstruation.

This horrifying event is the last thing vulnerable girls should be exposed to as they already battle period shaming and cultural taboos which play an enormous role in dropout rates.