$10M will go to community service programs for marine ecosystems. 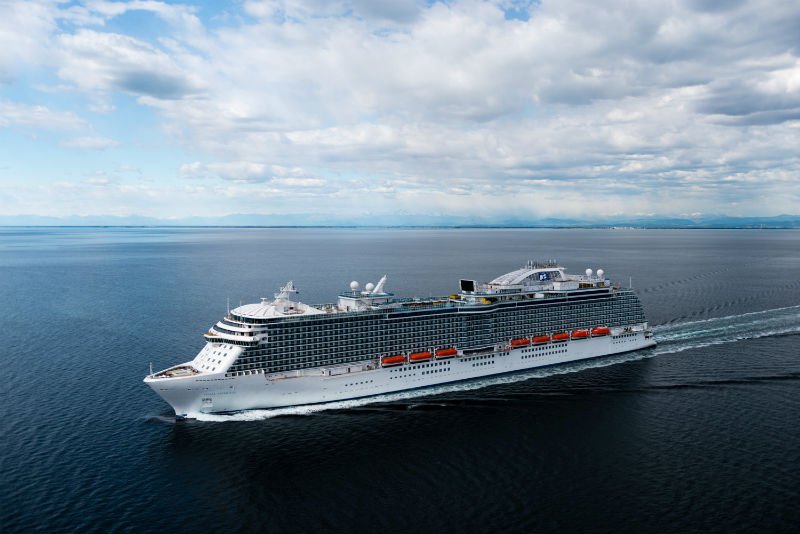 The cruise industry is not exactly friendly to clean ocean waters.

Cruise ships are currently allowed to dump 200,000 gallons of sewage into the ocean just 12 miles off US shores  and can dump water containing oil in it just three miles offshore — policies that show the vast leeway the floating vacation industry already has in polluting the ocean.

So the case of Carnival's Princess Cruise Line, which pleaded guilty this week to illegally dumping oil-filled "bilge water" into the ocean through an elaborate scheme and cover-up, is particularly jarring.

The $40 million fine handed down to the company by the United States Department of Justice, however, offers a glimmer of hope. It is the largest penalty in the history of  vessel pollution — for illegally dumping waste water and covering up ocean pollution on multiple cruise ships since 2005.

According to the Department of Justice, Princess Cruise Lines (Princess) will plead guilty “to seven felony charges stemming from its deliberate pollution and intentional acts to cover it up.”

The record fine and plea deal follow the discovery of an elaborate internal lie and an illegal system installed to pollute the ocean.

Princess had engineers develop what they called a “magic pipe,” which acted as bypass equipment for bilge water (oily, chemical-filled sludge water which collects at the bottom of the ship) to circumvent required environmental protection systems that regulate oil levels and separate oils in bilge water. Ships are required to store and filter bilge water until they get to shore, which can be expensive.

A whistleblower who was hired as an engineer on the Caribbean Princess — a 3,600 passenger cruise ship — reported the use of the “magic pipe” in 2013 to illegally dump 4,000 gallons of untreated bilge water off the coast of England. The bypass system was removed by Princess crew members before an examination of the ship in New York by the US Coast Guard, but not before photos of the “magic pipe” were given to the British Maritime Agency and Coastguard Agency who turned to photos over to the US Coast Guard, according to court documents.

A larger US investigation found Caribbean Princesscrew members were instructed to lie about the “magic pipe” by Princess employees and that the ship had been making illegal dumps for years.

Read More: The Perils of Cruise Ships as Told by ‘Titanic’

Cruise ships are allowed to dump partly treated sewage and other waste in international waters, and environmental groups are pushing for better regulations on air pollution for ships. But illegal bilge dumping is considered a significant offense.

The good news? In addition to the $40 million fine, eight Carnival ships will be under supervision by a court-ordered Environmental Compliance Program for the next five years.

As for the fine, $10 million will go toward community service projects to benefit ocean ecosystems, $3 million will go to environmental projects in South Florida, one of the port cities for the Caribbean Princess, and $1 million to projects protecting UK waters.

“Today’s case should send a powerful message to other companies that the U.S. government will continue to enforce a zero tolerance policy for deliberate ocean dumping that endangers the countless animals, marine life and humans who rely on clean water to survive,” said Wifredo A. Ferrer, U.S. Attorney for the Southern District of Florida in Miami where Carnival is headquartered.

Princess took measures to update it’s oil monitors on every ship in the Princess Cruise Line, and issued an apology.

“We are very sorry for any harm done to the environment and regret the actions of our employees,” said Princess Cruises President Jan Swartz.

The US Department of Justice hopes this will be a wakeup call to other cruise lines in the industry that environmental pollution will not be tolerated.

“This is a company that knew better and should have done better,” said Assistant Attorney General for the Department of Justice’s Environment and Natural Resources Division John C. Cruden. “Hopefully the outcome of this case has the potential not just to chart a new course for this company, but for other companies as well.”

The fine set this week by the US Department of Justice acts as a step toward protecting all ocean waters, which will be needed more than ever as ocean temperatures warm and more vessels and cruise ships are able to explore fragile Arctic waters.