Games that show the strength of women and men cannot be broken by war. 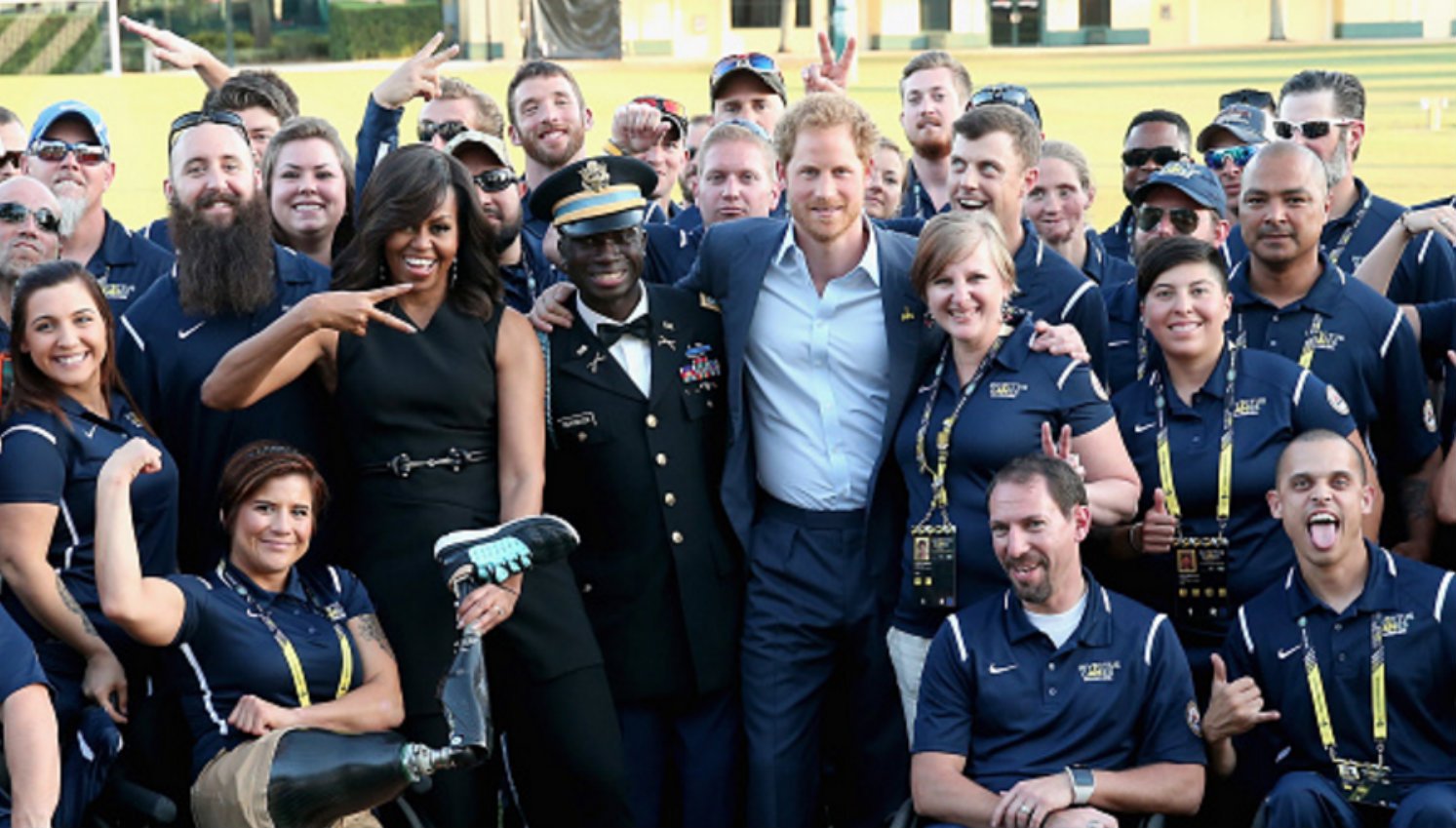 How Prince Harry brings a spotlight onto wounded service men and women around world: https://t.co/FrQ4nAIwQqhttps://t.co/tbPrfotSX4

The first Invictus games were held in 2014 in London and were the brainchild of Prince Harry. The Prince served in the UK Army Air Corps in Afghanistan from 2007 to 2015.

The games will take place over four days with athletes competing from 14 countries in front of an all-star audience including James Blunt, Laura Wright, Morgan Freeman and George W. Bush.

The opening ceremony last night featured all 500 athletes who will be competing in the Paralympic style tournament.  Competitions will include track and field, indoor rowing, sitting volleyball, wheelchair rugby, tennis, basketball, cycling, swimming, archery, a triathlon as well as powerlifting.

The UK's unstoppable @MickyYule9 has won gold in the lightweight powerlifting! @WeAreInvictus@InvictusOrlandopic.twitter.com/mEC9i0eQlD

Prince Harry says that these games will also be used to break the stigma of mental illness that plagues men and women returning home after being injured from conflict and War.

"To those of you watching at home and who are suffering from mental illness in silence - whether a veteran or a civilian, a mum or a dad, a teenager or a grandparent - I hope you see the bravery of our Invictus champions who have confronted invisible injuries and I hope you are inspired to ask for the help that you need." – Prince Harry of Wales

Michelle Obama, who has made it a priority in her time as First Lady to stamp out the stigma associated with mental illness among veterans and children, has offered enormous support to the Prince in bringing attention to the games. Of course her president-husband was also there offering his support.

The two even put down some USA-Britain smack talk about how Team USA was going to beat Team Britain at the Games.

Prince Harry Challenges The @POTUS & @FLOTUS at the INVICTUS GAMES and Gets a Response: https://t.co/nkNorCcZe4

In the run up to the games the video sparked a ton of interest, with Obama even calling out Prince Harry to top his and Michelle’s ‘bring it’ video.

Oh and did Harry ever bring it, and with his Grandmum the Queen of England in tow.

Can't help it. I love this. The #Queen, Prince Harry, #POTUS and FLOTUS on the Invictus Games. #Boomhttps://t.co/kivzxmYZ5j

Did you catch the royal side eye, and the Prince’s fantastic mic drop?

The name of the games Invictus plays on what Harry hopes to accomplish.

“Invictus” means ‘unconquered’ in Latin and is the title of a poem written by military veteran and poet William Ernest Henley. The poem has been a favorite of amongst many leaders including late President of South Africa Nelson Mandela.(Yes, that’s where the Morgan Freeman and Matt Damon movie got its name from as well)

The poem, much like the underlying theme of the Invictus Games, is about never giving up no matter how tough the journey has been.

The journey following war for many veterans is a difficult one. Current statistics show that Post Traumatic Stress Disorder (PTSD) is a commonly suffered mental illness by women and men who have served in the military during a war. Roughly 11-20 out of every 100 US veterans who served in Iraq suffer from PTSD, with estimates of depression ranging from 3% to 25% for veterans who fought in Afghanistan and/or Iraq.

Percentages translated into actual people that it is an estimated 400,000 young men and women who are estimated to have PTSD in the US alone. In terms of physical injuries suffered in the numbers aren’t much better, as of May 1st 2016, 88,978 US veterans fighting in battles occurring after September 11th have sustained visible wounds. Globally the numbers are much higher in both visible and invisible wounds for veterans without even going into the large numbers in civilians caught in crises.

Being injured though, with either invisible or visible scars of battle does not mean you are incapable of doing extraordinary things, just as the poem lays out:

It matters not how strait the gate,

How charged with punishments the scroll,

I am the master of my fate:

I am the captain of my soul

Overcoming odds, fighting stigma and never giving up are what the Invictus Games are all about. Hopefully these games will become a staple in popular sports, and their message can ring out to veterans -military and civilian- who have been victims of violence around the world.