He won't listen to scientists. Maybe he'll listen to royalty. 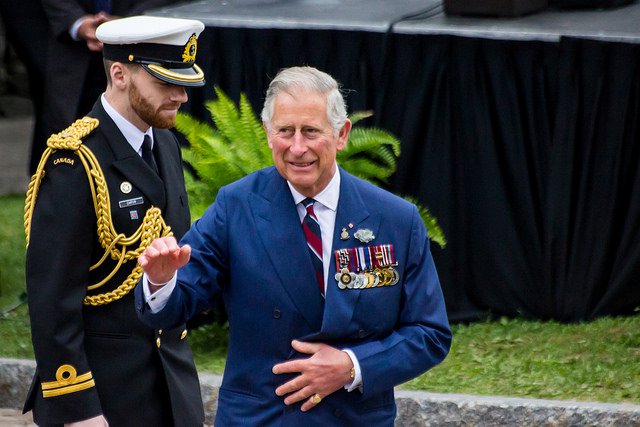 Prince Charles — whose dedicated his efforts to create awareness of the harms of climate change — may address the issue with US President Donald Trump when the American leader visits the United Kingdom next June.

The task could be quite challenging. In addition to Prince Charles’ obligation to be politically neutral, there are questions as to how Trump would react to Prince Charles raising the issue.

A source close to Trump told the Sunday Times, “He won’t put up with being lectured by anyone, even a member of the royal family. Frankly, they should think twice about putting him and Prince Charles in the same room together.”

Another source, however, believes the Prince’s status could empower him as a messenger: “Trump is the sort of person who loves panoply surrounding wealth and royalty,” the source told the Guardian. “He loves reflecting on the glory of the royal family. He is pressing for a state visit so he can go and have a meal in Buckingham Palace and he wants to play golf on the Queen’s golf course.”

This is far from Prince Charles’ first efforts to combat climate change. Last October, he joined a clean soil initiative aimed at limiting the amount of carbon dioxide emitted into the atmosphere. He also co-authored a Ladybird book (aimed at adults but done in the style of popular children’s books) that addresses climate change and possible solutions. It was published last week.

In a speech at the 2015 UN climate change conference in Paris he said, “The moment has arrived to take those long-awaited steps toward rescuing our planet and our fellow man from impending catastrophe.”

Trump, meanwhile, claims he will remove the US from all involvement with the Paris climate agreement, part of a greater effort at denying climate change. In addition to a now infamous tweet claiming that global warming is a hoax, conjured by China to hurt American manufacturing, the climate change page was removed from the official White House website an hour after Trump's inauguration.

Furthermore, Trump signed executive memorandums last week to resume construction on the Keystone XL pipeline and the Dakota Access pipeline. That news dominated headlines but has since been moved to the backburner as Trump’s immigration ban has consumed the public’s attention.

UK Prime Minister Theresa May was criticized for her late reaction to Trump’s immigration ban but ultimately stated “she does not agree” with it. Climate change now poses another issue which could strain US-UK relations.

The Trump administration is bound to cause more controversy between now and his visit to the UK in June, but whatever issue is dominating news cycles and whichever demographics are under attack, it may be up to Prince Charles to refocus outcry against global warming, an issue that affects all of humanity.