Brought to you by: Live Below the Line

The issues laid out, are issues important to global citizens, regardless of religious affiliation.

Brought to you by: Live Below the Line

The “Urbi et Orbi” (to the city and the world) is a semi annual blessing given by the Pope, which often lays out a set of issues for the faithful to turn their prayers and attention to.

For the world’s 1.5 billion Catholics, the address is a reminder of the world problems that the Vatican, and the Pope himself, are concerned with.

Here’s a rundown of the major issues Pope Francis touched on:

“Help us to overcome the scourge of hunger, aggravated by conflicts and by the immense wastefulness for which we are often responsible.”

“May constant prayer rise up from all people of goodwill for those who lost their lives. I think in particular of the young people who were killed last Thursday at Garissa University college in Kenya”

“We pray in a particular way for Syria, beloved Syria, that all those suffering the effects of the conflict can receive needed humanitarian aid and that neither side will again use deadly force, especially against the defenseless civilian [sic] population, but instead boldly negotiate the peace long awaited and long overdue!”

Conflict in the Middle East

“Jesus, Lord of glory, we ask you to comfort the victims of fratricidal acts of violence in Iraq and to sustain the hopes raised by the resumption of negotiations between Israelis and Palestinians.”

Violence in Nigeria, South Sudan, and the Central African Republic

“We beg for an end to the conflicts in the Central African Republic and a halt to the brutal terrorist attacks in parts of Nigeria and the acts of violence in South Sudan.”

“Enable us to care for our brothers and sisters struck by the Ebola epidemic in Guinea Conakry, Sierra Leone and Liberia, and to care for those suffering from so many other diseases which are also spread through neglect and dire poverty.”

“[The framework nuclear agreement could be] “a definitive step toward a more secure and fraternal world.”

“Comfort all those who cannot celebrate this Easter with their loved ones because they have been unjustly torn from their affections, like the many persons, priests and laity, who in various parts of the world have been kidnapped.”

The Urbi et Orbi speech always features prominently in newspapers around the world. Many of the issues laid out this year, are issues global citizens, regardless of religious affiliation, can get behind.

I hope that in the year ahead, we can continue to move toward a more peaceful, prosperous world. 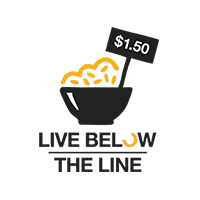