Polio Is 99.9% Eradicated. The Crown Prince of Abu Dhabi Wants to End It Once and For All.

He's got his sights set on ending other diseases, too.

Why Global Citizens Should Care
Global Citizen campaigns to achieve the UN's Global Goals, which include actions for global health and well-being. Oct. 24 is World Polio Day, a time to look back on the progress made in the fight to eradicate the second disease in history. You can join us by taking action on global health here.

We are closer than ever to eradicating polio, but the final steps in ending the disease demand innovations on the frontline and unique partnerships spanning the globe. The United Arab Emirates (UAE) has emerged as one of the leaders on both fronts and their unique access and approach in Pakistan may be one of the critical ways in which we could reach complete eradication.

Since making his initial pledge towards polio eradication at the Global Vaccine Summit in Abu Dhabi in April 2013, His Highness Sheikh Mohammed bin Zayed Al Nahyan, Crown Prince of Abu Dhabi and Deputy Supreme Commander of the UAE Armed Forces, has personally committed $167 million to the fight against polio.

This contribution was essential to the Global Polio Eradication Initiative (GPEI). The largest internationally-coordinated public health program, the 30-year-old GPEI is led by national governments, alongside five core partners: World Health Organization (WHO), Rotary International, the US Centers for Disease Control and Prevention (CDC), the United Nations Children’s Fund (UNICEF) and the Bill and Melinda Gates Foundation.

But financial contributions are just one part of a far deeper engagement.

Related Stories Oct. 24, 2018 A Father, a Teenager, a Vaccinator: 3 People From 3 Countries on the Frontline of the Fight Against Polio

Polio remains endemic in only three countries — Afghanistan, Nigeria, and Pakistan. Until poliovirus transmission is interrupted in these countries, all countries remain at risk of importation, especially vulnerable ones with weak public health and immunization services and travel or trade links to endemic countries.

One of the biggest challenges in countries like Afghanistan and Pakistan is reaching children in remote and dangerous areas, where even the most basic supplies are not being distributed. 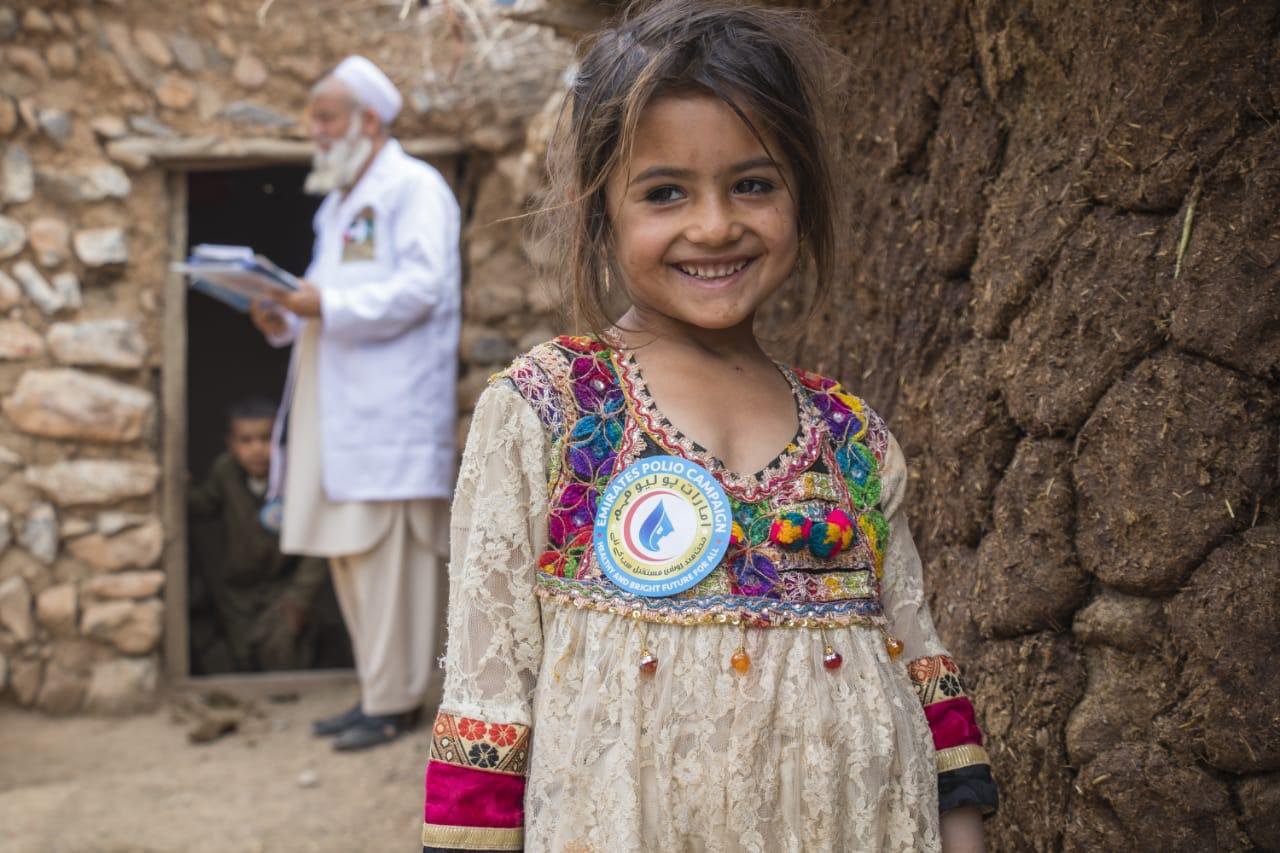 Starting in 2011, the UAE and the Bill and Melinda Gates Foundation partnered to deliver vaccinations to children living in Afghanistan and Pakistan, thanks to a UAE commitment of $100 million.

In 2015, this original outreach evolved into the Emirates Polio Campaign, launched under the umbrella of the UAE’s Pakistan Assist Program, which is dedicated to providing help and humanitarian assistance to Pakistan. The UAE’s unique resources and expertise on the ground in Pakistan allowed the vaccine and general aid to reach previously inaccessible areas. 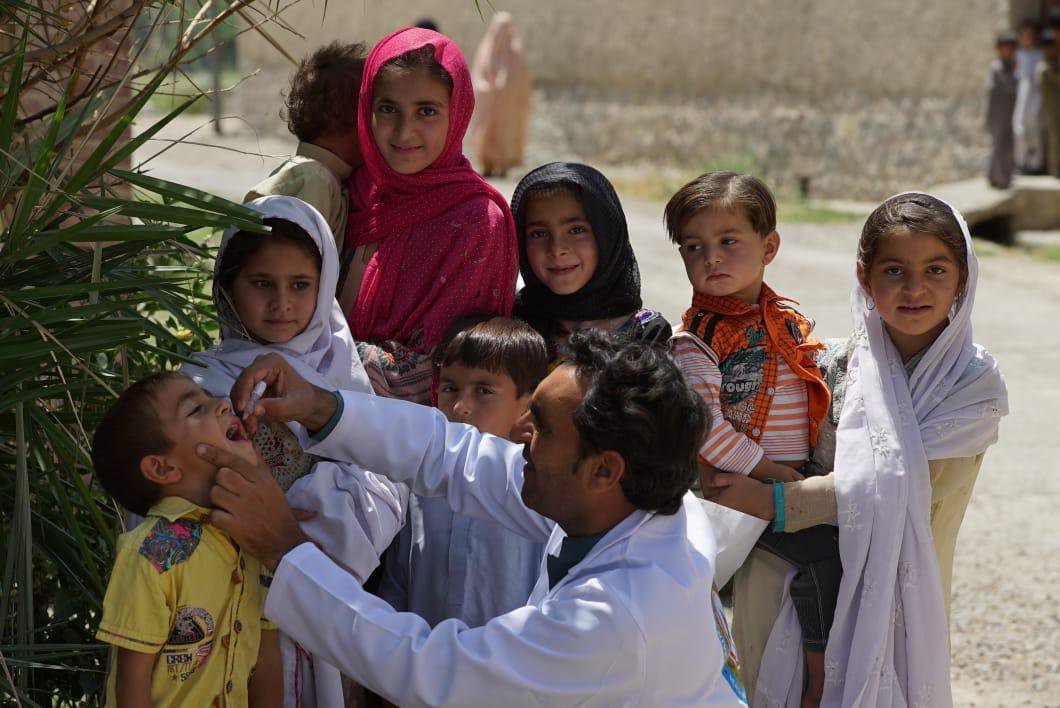 Since its founding, the Emirates Polio Campaign has administered 346.8 million vaccines in Pakistan, reaching more than 57 million children.

The UAE’s dedication to the improvement of global health traces back to the very beginning of the country and to the personal commitments of the country’s founder, His Highness Sheikh Zayed bin Sultan Al Nahyan.

Proud to announce launching #ReachingTheLastMileFund to raise $100 million and donating $20 million. The fund reflects our long term vision to save lives and put an end to NTDs. pic.twitter.com/5l1xHJcgRs

Back in 1990, Sheikh Zayed made significant contributions to the Carter Center’s program to combat guinea worm — a relationship and commitment that still exists today. Much like polio, guinea worm is 99.9% eradicated, with only 30 cases found across four endemic countries in 2017.

There is much at stake in the polio campaign. Only one other disease, smallpox, has been successfully eradicated by humankind. Eradicating polio would be an historical feat and the learning and efforts in combating polio could help inform work to eradicate additional diseases in the future. 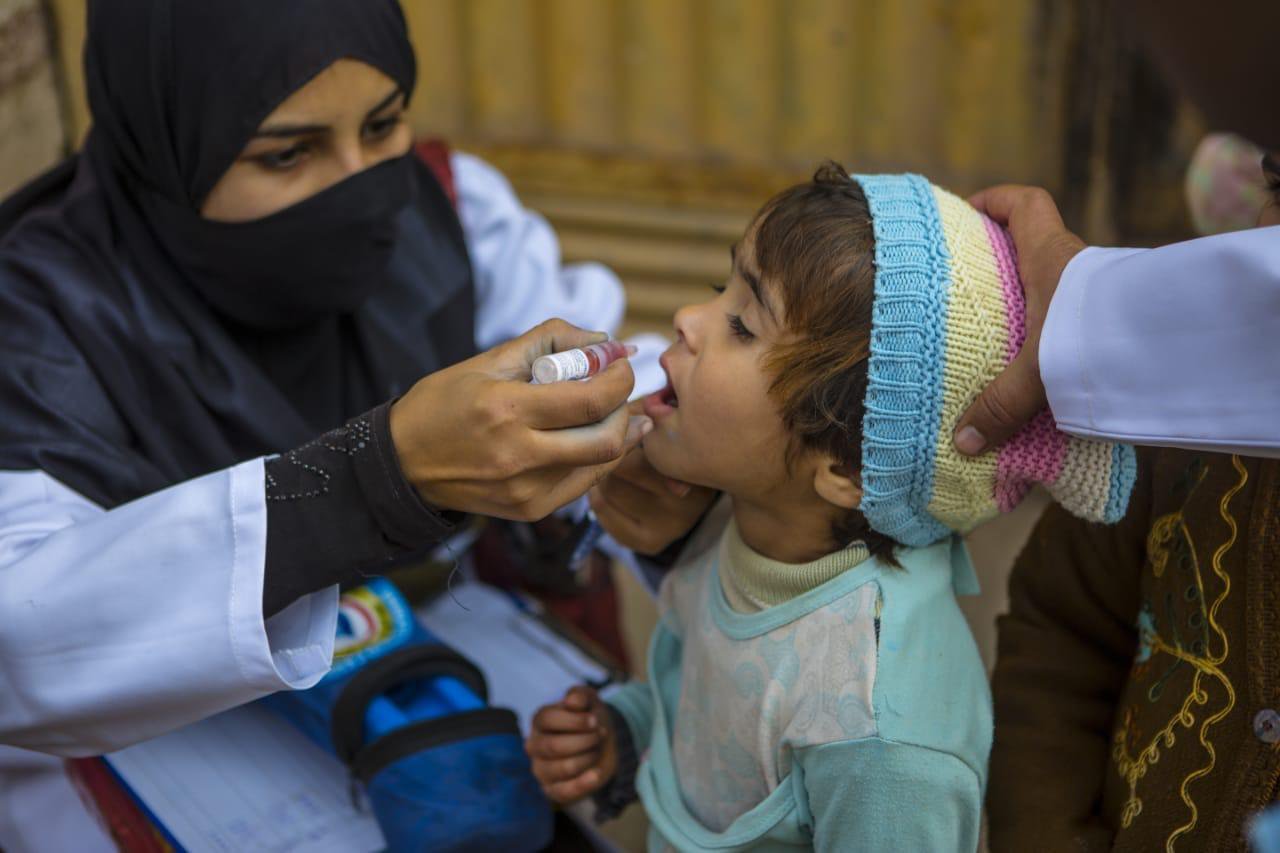 Looking towards a future without polio, the UAE is already extending its focus to other damaging diseases around the world.

In 2017, the Crown Prince launched the Reaching the Last Mile Fund, which hopes to raise $100 million to combat river blindness and lymphatic filariasis across seven priority countries (Chad, Ethiopia, Mali, Niger, Senegal, Sudan and Yemen). His Highness contributed $20 million, the Bill and Melinda Gates Foundation has committed up to $20 million and other funders such as the UK government have recently come on board. The fund is administered by the END Fund, an a multi-donor platform focused on neglected tropical diseases (NTDs).

"The fund reflects our long term vision to save lives and put an end to NTDs," Sheikh Mohammed said in a tweet.

His Highness is also partnering with the Bill and Melinda Gates Foundation on the launch of an institute in Abu Dhabi focused on disease elimination. The Institute is expected to launch in the coming year.

Thanks to research initiatives, vaccination programs and global health efforts like those led by Sheikh Mohammed, the world is closer to successfully eliminating polio once and for all, and we expect that the next year could bring us even closer.