Meet 2 US Congress Members who are Childhood Polio Survivors

Can we count on polio survivors in Congress to fully fund polio eradication initiatives?

Polio cases are down by 99.9% globally since 1988. Progress toward the full eradication of polio is incredible news for people living in endemic countries including Afghanistan, Nigeria, and Pakistan. And also for Americans.

Take Action: Polio is 99.9% Eradicated. Tell the US Congress to Help Finish the Job 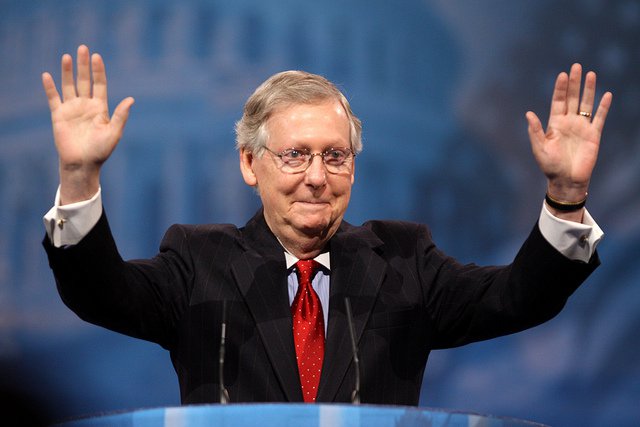 Senate Majority Leader Mitch McConnell, a conservative from Kentucky, contracted polio in 1944. In his book, “The Long Game,” McConnell writes that in the 1940s, “The disease was sweeping the nation, prompting full-blown hysteria not only in urban communities in the Northeast, but in rural towns like Five Points, Alabama, in a house like ours.”

Majority Leader McConnell contracted the disease as a young child. He writes, “Just after I turned 2, and not long after my dad left for basic training, that I first came down with what my mother thought was the flu. But when she took me to see the local doctor, hoping for something to make me feel better, she learned the diagnosis was far more grim.”

After learning of his diagnosis, Sen. McConnell’s mother spent hours each week guiding her young son’s physical therapy and doing her best to ensure that he would someday walk. The majority leader describes that:

“There are simply no words to describe how grateful I am for her commitment to our family, and to me. Without it, I never would have had the experience that remains not only my first vivid memory, but one of the most significant moments of my life: stopping at a shoe store in LaGrange, Georgia, on the way out of Warm Springs, where she bought me my very first walking shoes — a pair of low-top saddle oxfords. The nurses had just told my mother that our two years of hard work had paid off and we’d won the fight. I could walk. Without a brace, without even a limp. We had beaten polio, and because of my mother’s tenacity and patience, I was given the promise of a happy, normal childhood.”

Thanks to the determination of his mother, access to quality medical care, and top-notch physical therapy, McConnell is a polio survivor. In considering whether to run for re-election, the experience of overcoming polio was a guiding star for Sen. McConnell. He explains that:

“I was facing a very difficult fight, yes. But I’d been fighting my whole life. When I was diagnosed with polio at the age of 2, the chances I could beat it were slim, at least according to what the doctors told my mother. The disease was paralyzing or killing more than half a million people around the world every year, and nobody had any reason to believe I wouldn’t be among them. But I beat it.”

Rep. Cohen contracted polio at the age of 5. The disease forced him to shift his attention away from sports to politics at an early age.

Rep. Cohen describes that the challenges of living with polio taught him how to overcome obstacles through persistence and determination, values which would shape his career as a legislator.

Read More: New Heat-Proof Vaccine Could Save 1,300 Lives a Day

Experiencing polio himself has made Rep. Cohen a strong advocate for polio eradication. In 2015, he spoke on the floor of the House of Representatives about the impact that polio has had on his life, calling on parents to vaccinate their kids against polio.

Both Sen. McConnell and Rep. Steve Cohen have received Rotary International’s Polio Eradication Champion Award for their leadership in promoting a world without polio.

Read More: Africa Is Kicking Off a Massive Campaign to Eradicate Polio

To add to this, in the 2018 budget requests released on March 16, the White House called for dramatic cuts to foreign assistance that would impact the lives of millions around the world who rely on American leadership to access lifesaving vaccines.