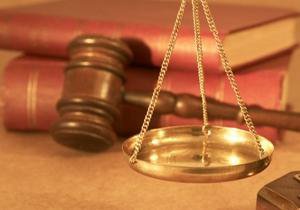 These protests are intensifying, as is the police crackdown. At least three people died in a similar crackdown late last month. “At least two demonstrators were killed in police firing on Monday, as opposition supporters in Kenya blocked key roads and set fire to tyres in a ‘Day of Rage’ protests aimed at overhauling the country's election commission. The Coalition for Reforms and Democracy (CORD) alliance, which alleges that the electoral body is biased towards the president, has been staging weekly protests every Monday. Protests took place in several towns but in Kisumu, an opposition stronghold in western Kenya, police opened fire before using tear gas and water cannon to quell the protests.” (Al Jazeera http://bit.ly/1Un5E8v)

Is there a Sudanese Spring afoot? A new protest movement is gaining momentum in Sudan as thousands of young people across the country unite against the government.  Last week two students joined dozens others currently being held in detention, after fresh protests against attacks on civilians in west and south Darfur...Coordinated via the encrypted messaging service, WhatsApp, and on social media, waves of unrest first swept the capital after the killings of two young men in separate campus attacks by forces loyal to Omar al-Bashir’s government. (Guardian http://bit.ly/1Xxj2O3)

This stinks in more ways than one…”Police in Vietnam's capital have broken up a protest over what critics charge is the government's delayed response to massive fish deaths which they believe are linked to industrial pollution. A protester, Le Hoang, said more than 30 people marched peacefully in downtown Hanoi for about 15 minutes on Sunday before most were taken to police stations in two buses. He said they were held for several hours and then released without charge. Thousands of dead fish began washing ashore along more than 200 kilometers (120 miles) of shoreline in four central provinces in early April. Protesters and state media speculated that a steel complex owned by a subsidiary of Taiwan's Formosa Plastic Corp. may have been linked to what was an unprecedented environmental disaster for the Southeast Asian country.” (AP http://yhoo.it/1Un69iQ)

Food shortages are growing worse in Malawi as the yield from this year’s disappointing harvest runs out for many small farmers. Across southern Africa, El-Nino-induced drought and flooding since last year have left over 30 million people in need of food aid. (VOA http://bit.ly/1Ob3Brr)

Central African Republic will restart diamond exports three years after its stones were found to be funding armed groups in an inter-religious conflict and placed under embargo, the mines minister said on Monday.  (Reuters http://bit.ly/25INZDm)

The United Nations said on Monday it had removed the Saudi Arabia-led coalition fighting in Yemen from a child rights blacklist pending a joint review by the world body and the coalition of the cases of child deaths and injuries. (Reuters http://reut.rs/1Un5KNf)

A U.S.-backed offensive to retake the Islamic State-held northern Syrian city of Manbij has displaced some 20,000 civilians and could uproot about 216,000 more if it continues, a U.N. humanitarian agency said on Monday. (Reuters http://yhoo.it/25IOkGi)

Seventeen civilians including eight children were killed in airstrikes on a market in eastern Syria on Monday, the first day of the holy Muslim month of Ramadan, a monitor said. (AFP http://yhoo.it/22JnloD)

Three Jordanian intelligence officers and two other security personnel were killed in an attack on a security office in a Palestinian refugee camp outside the Jordanian capital Amman, a government official said on Monday. (Reuters http://yhoo.it/25HzvQL)

Yemen's warring parties have pledged to free all child prisoners but have failed to reach agreement on a wider release for the Muslim holy month of Ramadan, the UN envoy said on Monday. (AFP http://yhoo.it/25HACQz)

Police in Vietnam's capital have broken up a protest over what critics charge is the government's delayed response to massive fish deaths which they believe are linked to industrial pollution. (AP http://yhoo.it/1VIQtLQ)

A court in Myanmar jailed a reporter for the BBC Myanmar language service for three months with hard labor on Monday after convicting him of attacking a policeman when covering student protests last year, his defense lawyer said. (Reuters http://yhoo.it/25IOwFn)

China on Monday rejected an offer by Taiwan's new president to share the island's experience of democracy, saying it was confident of the path it had chosen. (Reuters http://yhoo.it/1Pf5UVv)

The former head of the supervisory board at China Development Bank, one of the country's policy banks, is under investigation for suspected corruption, the anti-graft watchdog said on Monday. (Reuters http://yhoo.it/1XxiPud)

Women are leading protests in Tamil Nadu state against a power plant – yet few people in India know the village they’re from, let alone support their cause. (Guardian http://bit.ly/1Pf67Ij)

U.S. Secretary of State John Kerry says the United States is urging China and its Asia-Pacific neighbors to "find a diplomatic solution" to the territorial disputes in the South China Sea. (VOA http://bit.ly/1VIQLlQ)

Brazil's Sports Minister Leonardo Picciani has told the BBC Rio de Janeiro is ready for the Olympic Games. He dismissed concerns over unfinished building work, the outbreak of the Zika virus and political uncertainty following the suspension of President Dilma Rousseff. (BBC http://bbc.in/22KtzEZ)

France will set up an emergency fund to help those who lost everything after the worst floods in three decades caused the Seine River to burst its banks. (AP http://yhoo.it/1XxiU15)

Brexit backers moved into a lead in the polls Monday for the first time in weeks, putting pressure on the pound and raising pressure on Prime Minister David Cameron ahead of Britain's EU referendum. (AFP http://yhoo.it/22JnW9U)

Greek authorities are investigating a possible Islamic State link behind the discovery of a huge quantity of synthetic opiates destined for Libya. (Reuters http://yhoo.it/25IOkpM)

A new global standard for measuring food loss and waste will help countries and companies step up efforts to store, transport and consume food more efficiently, its backers said on Monday. (Reuters http://yhoo.it/1Pf5qyE)

An exploration of countries where the Arab Spring neither failed nor succeeded, but muddled through in interesting ways, with Analyst Shelly Culbertson. (Global Dispatches Podcast. http://bit.ly/1sETycl)

What will happen to Zika babies with microcephaly? (CNN http://cnn.it/25HzdcG)

Uganda: Can President's Middle-Income Dream Be Achieved By 2020? (Monitor http://bit.ly/1WC1hwm)

From beer to bananas: 8 lessons for business and government partnerships (Guardian http://bit.ly/25IOlKd)

What would a Brexit mean for EU development assistance? (Devex http://bit.ly/1Ob3Rqx)

TopicsNewsDAWNS Digest
Brought to you by