Model, activist, and businesswoman Anja Rubik wants people to get educated about sex.

This article is contributed by Anja Rubik, founder of the #SEXEDPL campaign.

We were taught the Pythagorean theorem in school, knowledge that most of us never used again in our lifetimes, but were not taught how to properly put on a condom — that's absurd.

I remember as a teenager being embarrassed to ask a guy to put on a condom and even more terrified at the thought that he might ask me to do it because I’d never done it before.

But 10,000,000 clicks and hundreds of letters and I can't believe it! I had no idea what I was doing when I started the #SEXEDPL campaign and yet here we are — it worked.

The reality is this: less than half of 18-year-olds in Poland can correctly answer questions about the anatomy and functions of the female reproductive system. According to a survey done by the Polish Institute of Educational Studies most Polish teenagers know very little about contraception methods or sexually transmitted diseases (STDs).

In Poland, STDs are on the rise mainly among sexually active youth, over 15,000 teenage pregnancies  are reported every year, and each day 3 people are diagnosed with HIV.

While the entire world speaks about the necessity and power of education, sex education is rarely mentioned, yet sex is one of the most common elements of life. It should go without saying that sex is an integral part of all of our lives. And it's not only the reason we’re all on this planet, but it also plays a vital role in our overall physical and mental health.

So how is it possible that in 2018, it has become normal for a mother to say to her son, "Put away your playstation, you’ve virtually killed enough people today, it’s time for bed” and yet be unable to speak to him about his body?

After looking closely at the situation in Poland in terms of the lack of knowledge around sex education I decided to do something about it, so I began the #SEXEDPL campaign because Poland is where I have a voice, and with that voice I felt an innate responsibility to make change. 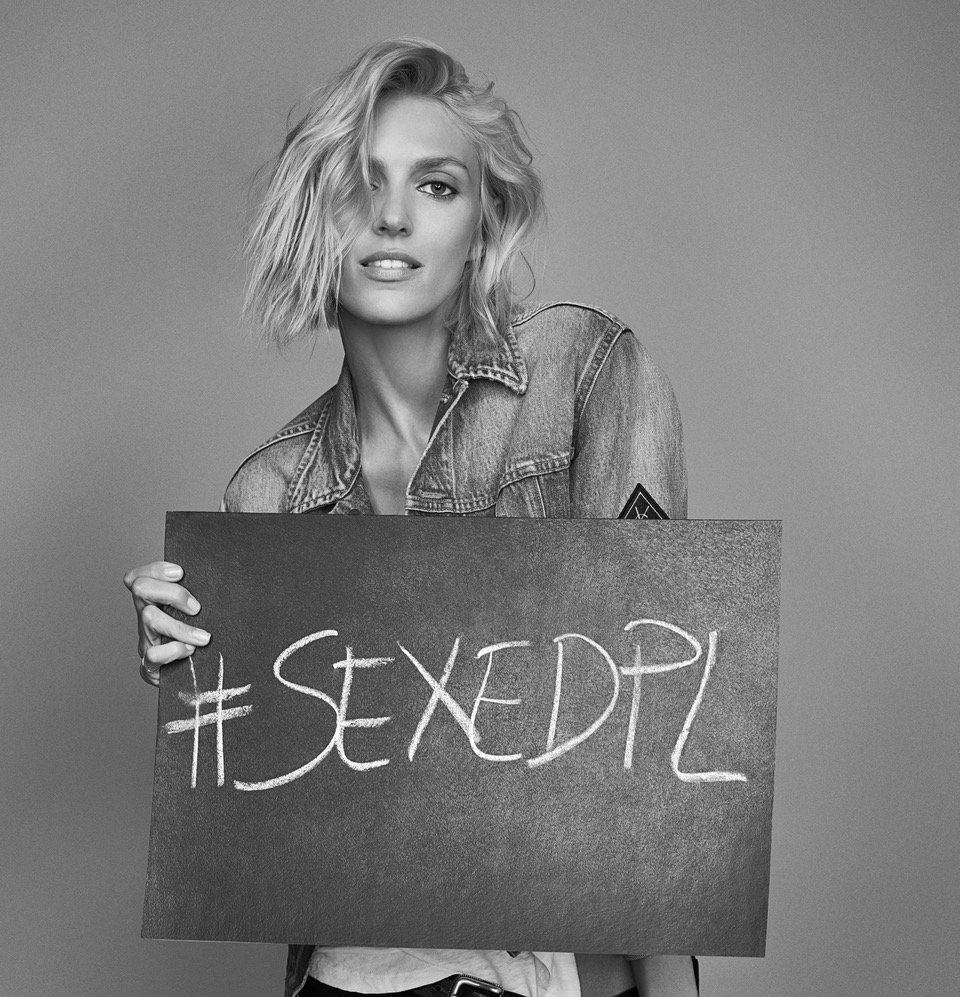 I decided to create an educational campaign, consisting of 14 films, each just a minute long, addressing key sex education topics. Every film featured an influential man or woman from the art, fashion, music, and film industries, tackling one subject by sharing a personal story or with a visual illustration. The campaign lasted for two weeeks, during which one film was posted across online platforms and social media each day. This was key as social media channels have become one of the main sources of information and education in Poland.

The campaign’s slogan was “Poland will start talking about sex” — and that’s exactly what happened.

The impact of #SEXEDPL has been bigger than I could have imagined. I have received hundreds of letters detailing how #SEXEDPL has touched specific lives and heard stories of teenagers who felt empowered to come out as gay to their parents, women who gained the courage to leave their abusive partners, and families who started open conversations about sex. The day after airing the episode where we encouraged everyone to get checked for HIV, the testing labs were packed with record turn outs.

Poland is just one country that suffers from the lack of sex education — sadly, there are countless others all around the world.

My hope is that the success of #SEXEDPL will inspire others to make the topic of sexual education current and accessible.