Now a bestseller, this pocket constitution only costs a dollar. 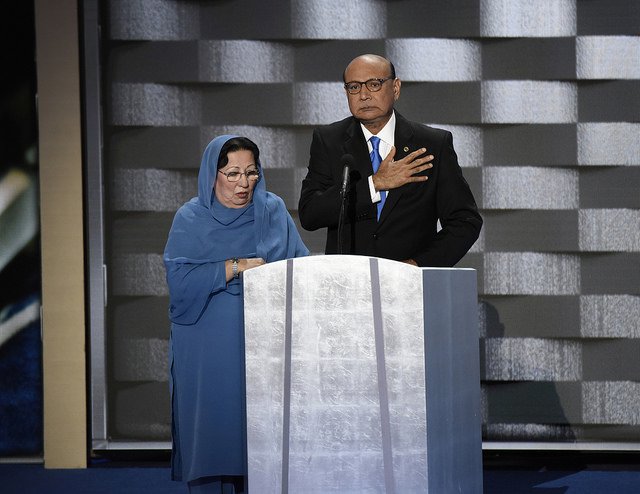 A pocket version of the constitution of the United States, costing only $1, reached Amazon’s bestseller list on Saturday afternoon, and remained there Monday morning.

This is no coincidence. Days earlier, at the Democratic National Convention, Pakistani-American Muslim lawyer Khizr Khan gave an impassioned speech about his son, fallen veteran Capt. Humayun Khan. Capt. Khan was killed while serving in Iraq in 2004.

“If it was up to Donald Trump, he would never have been in America,” Khan said.

Most importantly, during the speech Khan raised his pocket copy of the constitution and offered to lend it to the Republican presidential candidate.

“Have you even read the United States Constitution?” he asked.

While the copy of the constitution that Khan brandished is not the one that is on the bestsellers list, it is clear that Khan’s powerful message rang clear in the minds of many voters in the US. Google searches spiked Thursday evening for the term “pocket constitution” after Khan’s speech, as well as on Friday and Saturday morning.

The 52-page pocket constitution selling on Amazon for $1 is free to read on Kindle. It includes the Declaration of Independence as well as the Bill of Rights and Amendments 11-27.

One can only wonder whether Donald Trump is among the consumers eager to read the nation’s founding document in pocket size.