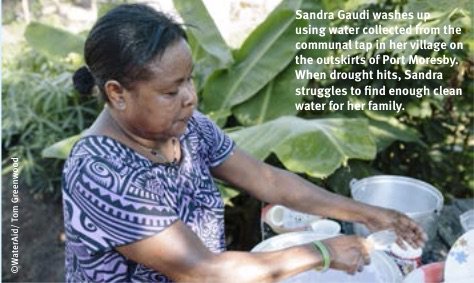 Do you know your neighbours? Let us introduce you to one. Sandra Gaudi lives with her husband and four children on the outskirts of Port Moresby in Papua New Guinea. Each day she collects water for her family from a communal tap. But Sandra knows that at any time, that tap could run dry.

“The water can shut down any time, so you have to make it a priority," Sandra told WaterAid. "You make sure you have it before you do anything else.” There is a huge demand for water and often there are long queues to the tap, especially when the water pressure is low. When a drought strikes the community, Sandra’s family are left with little or no water. They are unable to shower, wash clothes or even prepare proper meals. “It was a very stressful time to be a mother,” says Sandra.

Sandra’s home in Papua New Guinea is one of Australia’s closest neighbours. Like many other Pacific Island nations, PNG is on the frontline of a changing climate and extreme weather events such as flooding, drought, rising sea levels and cyclones. Their rainy season is often followed by drought resulting in severe food insecurity for the nation. As WaterAid reported, in 2016 the “World Food Programme estimated there were nearly 80,000 people affected,” by food and water shortages.

According to the Notre Dame Global Adaptation Index, PNG is ranked, along with Madagascar and Mozambique, in the top 20% of countries globally that is most vulnerable to climate change and the least prepared to adapt.

In another devastating ranking for PNG, the country is fourth for countries with the largest percentage of rural population who don’t have access to clean water. Just like Sandra’s family, 67% — over two thirds of the country struggle to reach clean water on a daily basis. This seems even more drastic when you consider that 87 per cent of the country’s 7.2 million people live in rural areas. 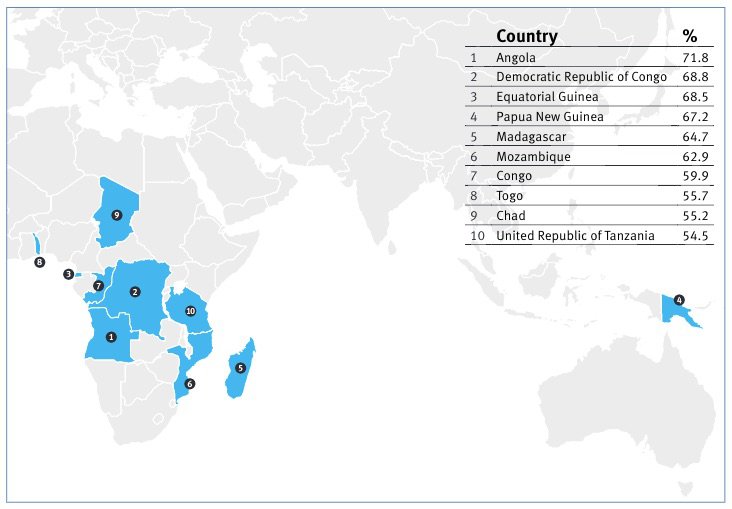 Read More: Yemen’s Famine Is Beyond ‘the Point of No Return,’ UN Agency Warns

Faced with the vulnerabilities of being on the frontline of climate change, PNG’s water security is set to become even more dire unless action is taken.

WaterAid is calling for: