After Record Exec Said Women Need to ‘Step Up,’ P!nk Responded in the Best Possible Way

If there’s one thing women have done in the past several months, it’s step up. They’ve stood up against sexual assault in Hollywood through the Time’s Up movement; they’ve stood up in politics, running for and winning political offices in unprecedented numbers; and just last week they stood up en masse at the second annual Women’s March.

Take Action: Urge Leaders to Step Up for Women’s Rights and Health

On Sunday, Portnow told Variety that women artists needed to “step up,” after being asked about the pernicious lack of female representation at the 2018 Grammy Awards.

“[Women need] to step up because I think they would be welcome,” Portnow said. “I don’t have personal experience of those kinds of brick walls that you face but I think it’s upon us — us as an industry — to make the welcome mat very obvious, breeding opportunities for all people who want to be creative and paying it forward and creating that next generation of artists.”

But women didn’t take this statement lying down. On Tuesday, singer P!nk, whose real name is Alecia Moore, responded to Portnow’s comments in the best way possible: with a strongly-worded letter posted to social media.

Read More: The Feminist Message Behind Lorde's Grammys Dress That You Probably Missed

“Women don’t need to step up. Women have been stepping up since the beginning of time,” she wrote. “Stepping up, and also stepping aside, women owned music this year.”

Despite this, the music industry seems to be a step behind the #MeToo movement that has shaken up the entertainment world in 2017. According to the New York Times, just 9% of the past 899 Grammy nominations in the past six years, or about 81, have been given to women.

This dynamic played out at the Grammy’s again this year, with women winning just 11 of 84 awards. 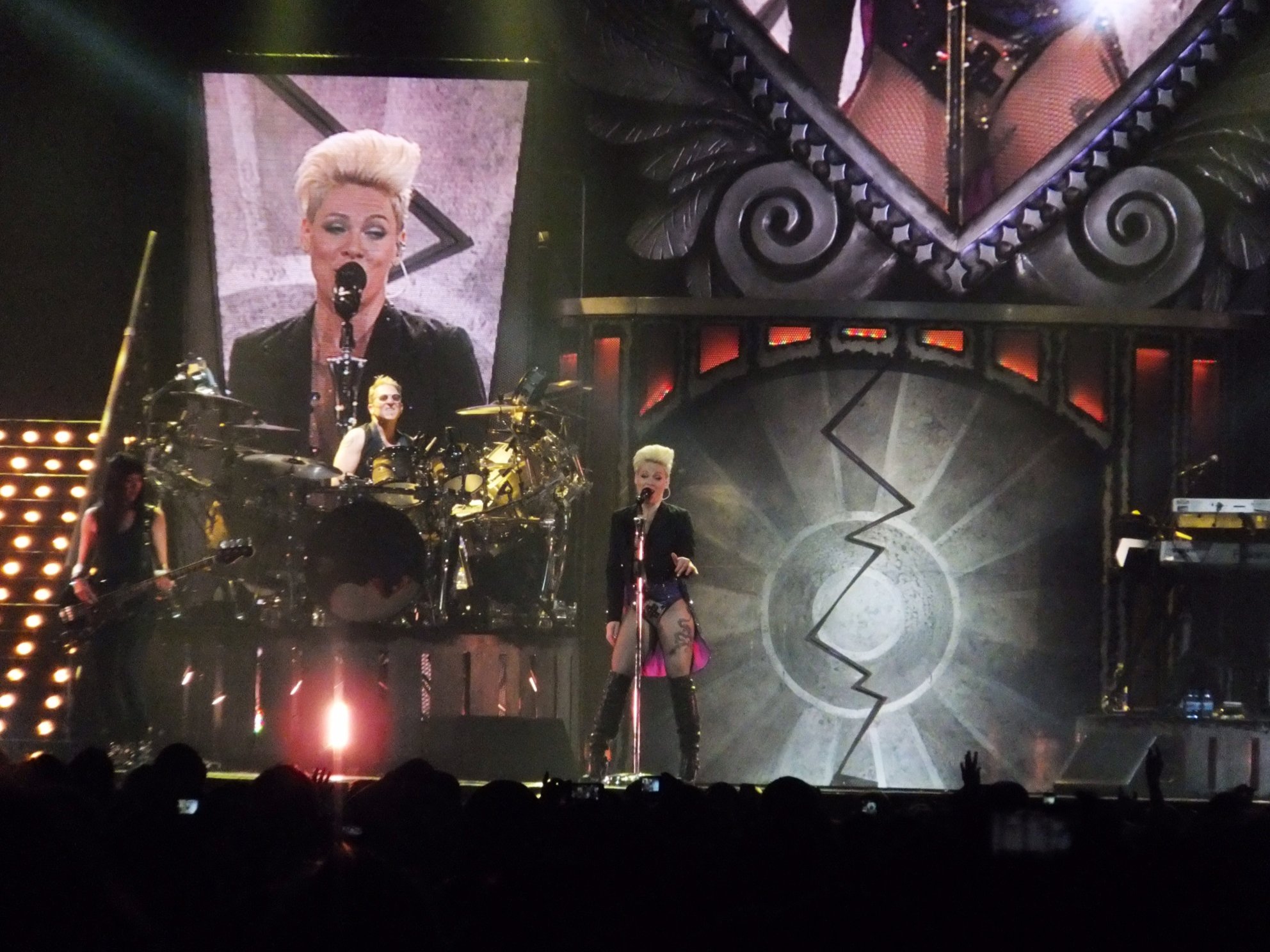 Read More: As Women Say #MeToo, Kesha Is Shining Bright for Victims of Sexual Assault on Her Rainbow Tour

That said, some women in the music industry, including Taylor Swift and Kesha, have spoken out about sexual assault and put the issue on the map.

P!nk, for her part, has also spoken out about gender inequality in the music industry in the past. From her songs (“Stupid Girls”) to her Instagram feed, P!nk has never shied away from confronting gender stereotypes.

Her most recent addition to this conversation charted a path forward for women and men alike.

“When we celebrate and honor the talent and accomplishments of women, and how much women step up every year, against all odds,” she wrote, “we show the next generation of women and girls and boys and men what it means to be equal and what it looks like to be fair.”