The Most Inspiring Photos of 2018 Pride Marches Around the World

The first Pride marches were held in 1970 to commemorate the infamous Stonewall Inn riots.

Cities around the world are kicking off the summer with celebrations of love and equality in colorful marches and parades — it’s LGBTQ Pride Month!

The first LGBTQ Pride marches were held in June 1970 across the US, to commemorate the 1969 Stonewall riots, during which members of New York City’s LGBTQ community demonstrated against discrimination and police raids on the Stonewall Inn bar. The demonstrations turned violent, but today they’re seen as a major turning point in the LGBTQ rights movement.

For many decades, as LGBTQ communities around the world fought for basic rights, Pride Month has been a time for political demonstrations and marches. But as LGBTQ people’s rights have increasingly been recognized in the past two decades, demonstrations have also evolved into celebrations,

“There were no floats, no music, no boys in briefs” at New York City’s first Pride march, the year after the Stonewall Riots, wrote Fred Sargeant, who attended the march, in a piece for the Village Voice in 2010. “The cops turned their backs on us to convey their disdain, but the masses of people kept carrying signs and banners, chanting and waving to surprised onlookers.”

While Pride is still a time for activism and continuing the fight against discrimination, today, for many, it is also a time for celebration. Bright colors, upbeat music, and eye-catching outfits are now common sights at many Pride marches.

Though there is still a long way to go before LGBTQ communities can claim to have equal rights globally, this Pride Month, in recognition of how far the world has come, Global Citizen is highlighting inspiring images of Pride marches and parades from around the world. 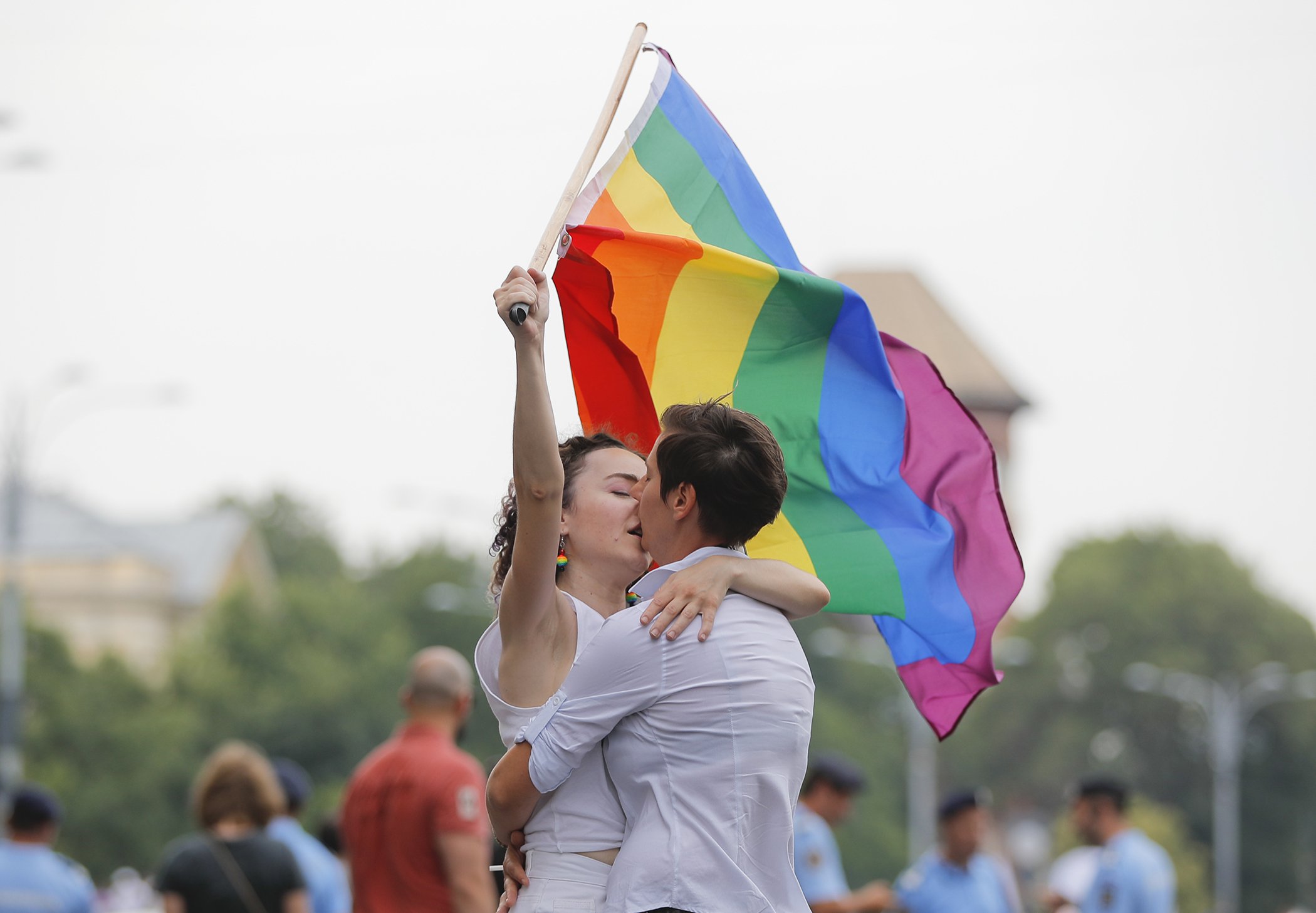 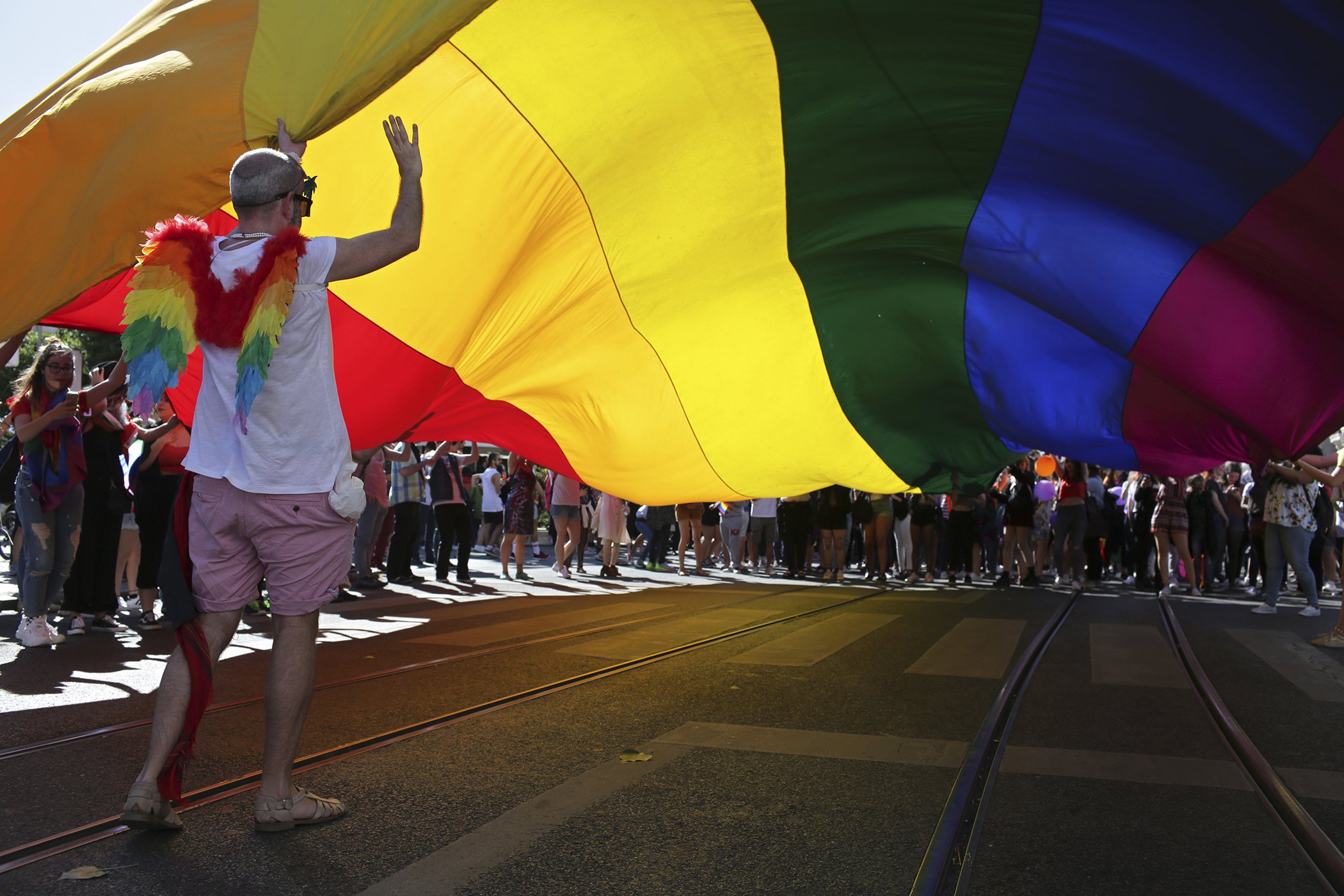 People run under a rainbow flag as it is carried in the 48th annual LA Pride Parade on June 10, 2018, in the Hollywood section of Los Angeles and West Hollywood, California. LA Pride began on June 28, 1970, exactly one year after the historic Stonewall Rebellion in New York City.

Philadelphia celebrates the LGTBQ community on the 30th Anniversary of Pride Day in spite of rain on June 10, 2018. 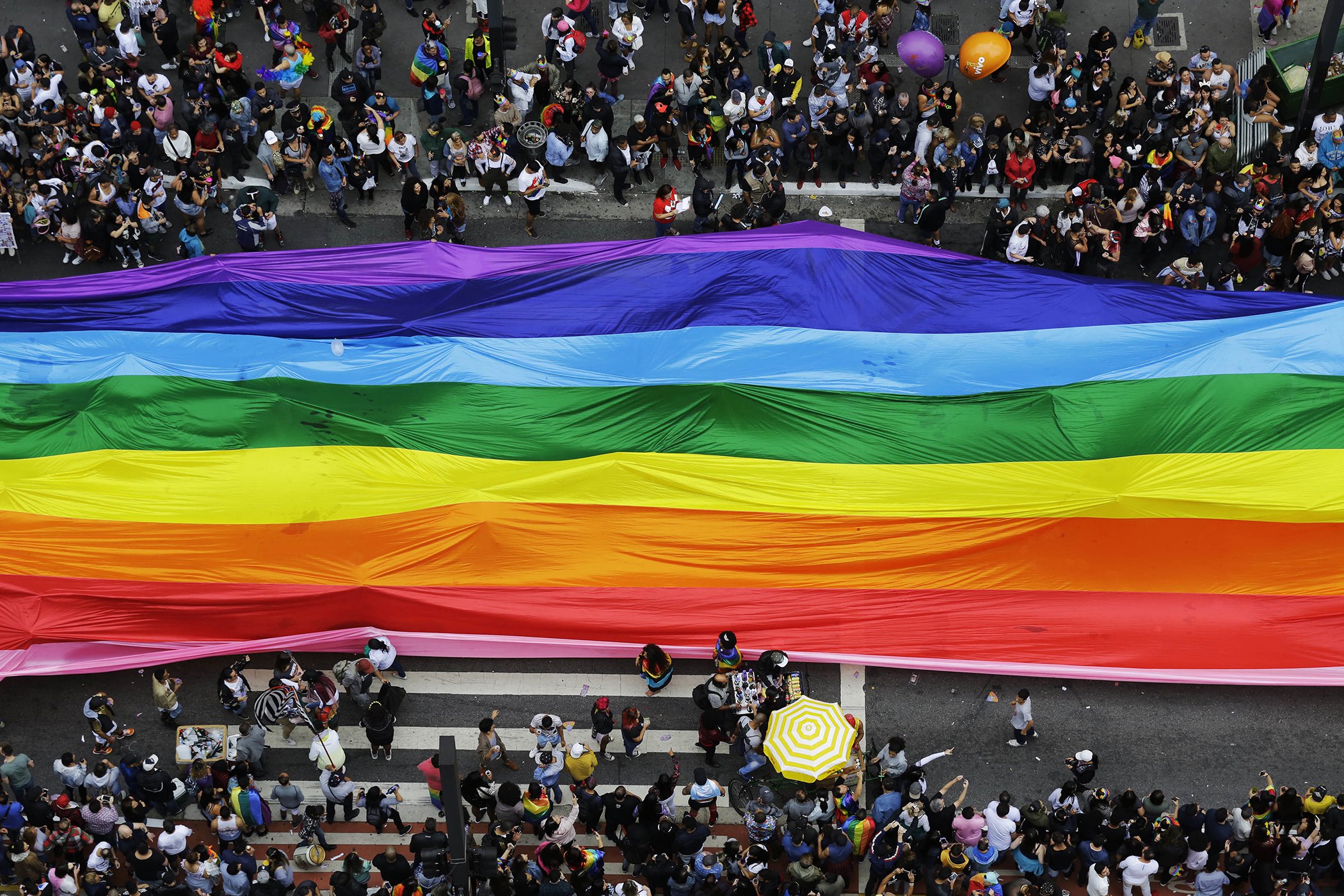 A reveller raise her fist at the end of the Gay Pride parade in downtown Rome, Italy, on June 9, 2018.

Participants with rainbow flag during the Motor City Pride Parade at Detroit, Michigan on June 10, 2018.