With the New York City skyline in the background, fireworks explode during an Independence Day show over the East River, July 4, 2017, in New York.
Andres Kudacki/AP
Citizenship

10 Photos of Independence Celebrations From Around the World

Fireworks, parades, and processions: Here's how countries around the world celebrate independence.

Why Global Citizens Should Care
For many countries around the world, independence days are both occasions to celebrate and to remember the struggles of those who came before them to enjoy the freedoms they have today. The Global Goals emphasize a need for peace, justice, and strong instutitions to end global poverty and establish equality by 2030. You can join us in taking action on these issues to achieve the Global Goals here.

Every July Fourth, cities across the United States light up the sky in celebration. The holiday marks the day in 1776 when the founding fathers signed the Declaration of Independence and declared the US an independent nation.

But the US isn't the only country that hosts parades and fireworks to honor its founding. Around the world, countries mark their independence days with their own traditions, commemorating struggles against foreign rule and celebrating hard-won freedoms.

From Freedom Day in South Africa to the National Day Parade in Singapore to independence celebrations in South Sudan, the world's youngest country, these photos show how people all over the world honor the founding of their homelands. 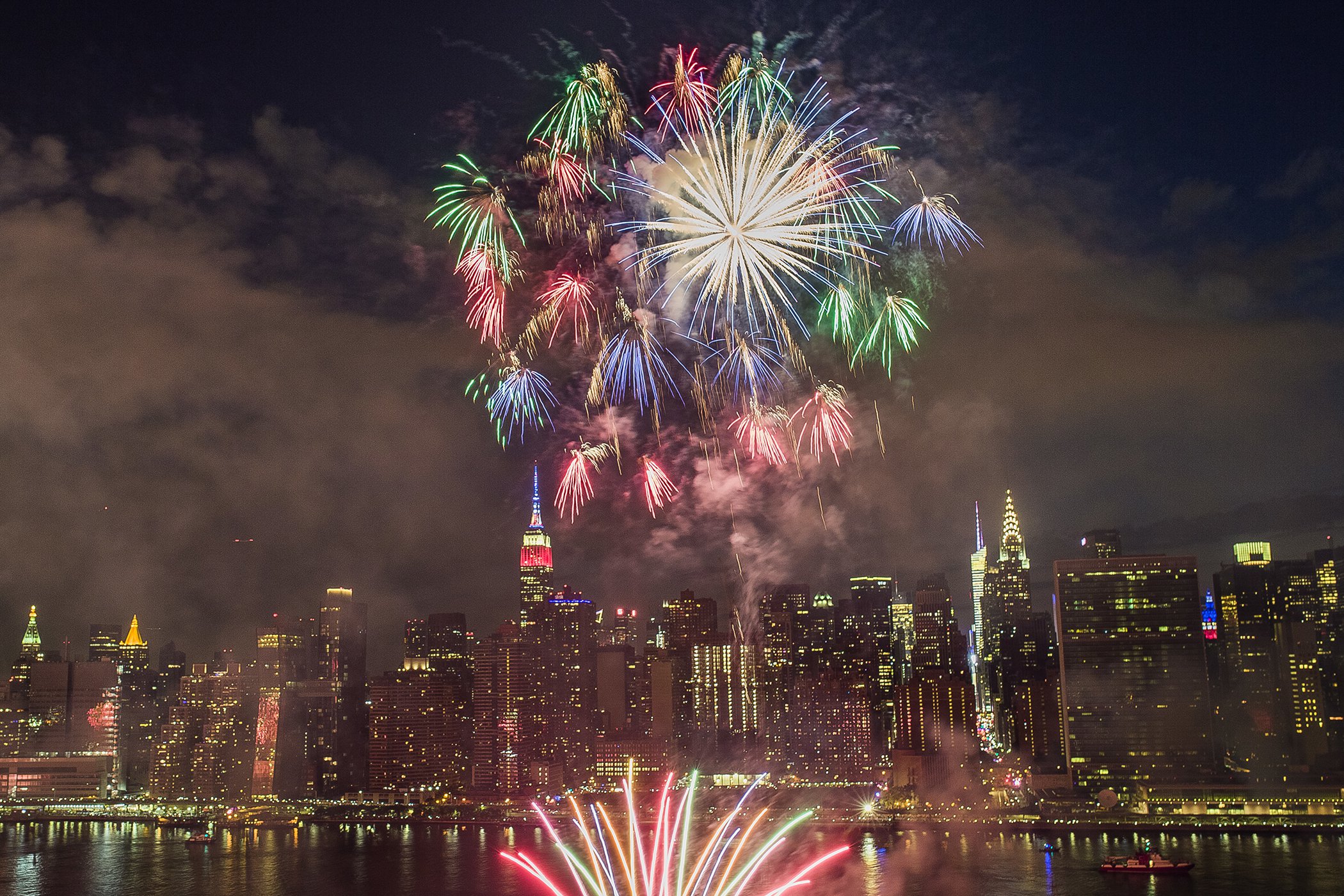 With the New York City skyline in the background, fireworks explode during an Independence Day show over the East River, on July 4, 2017. 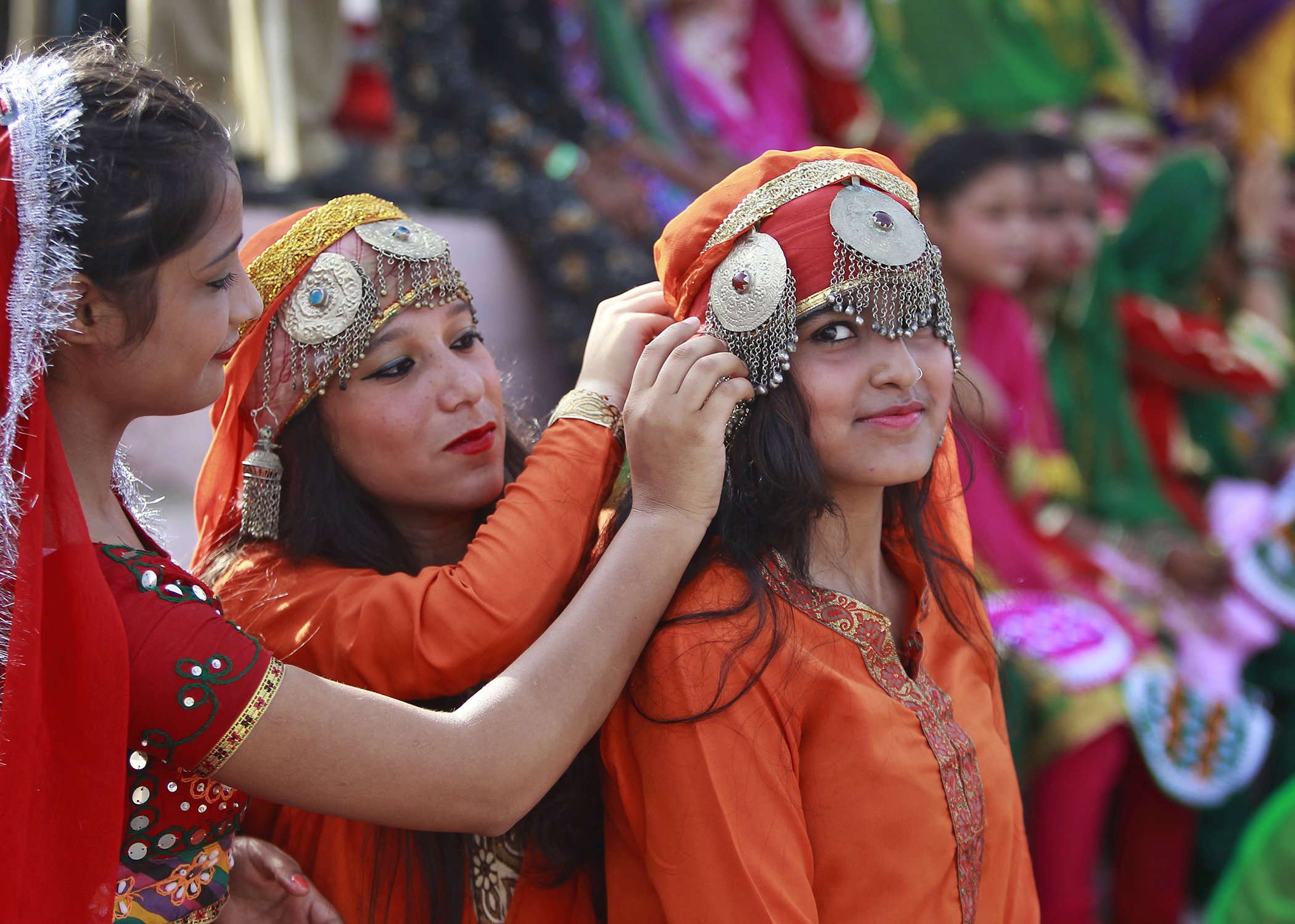 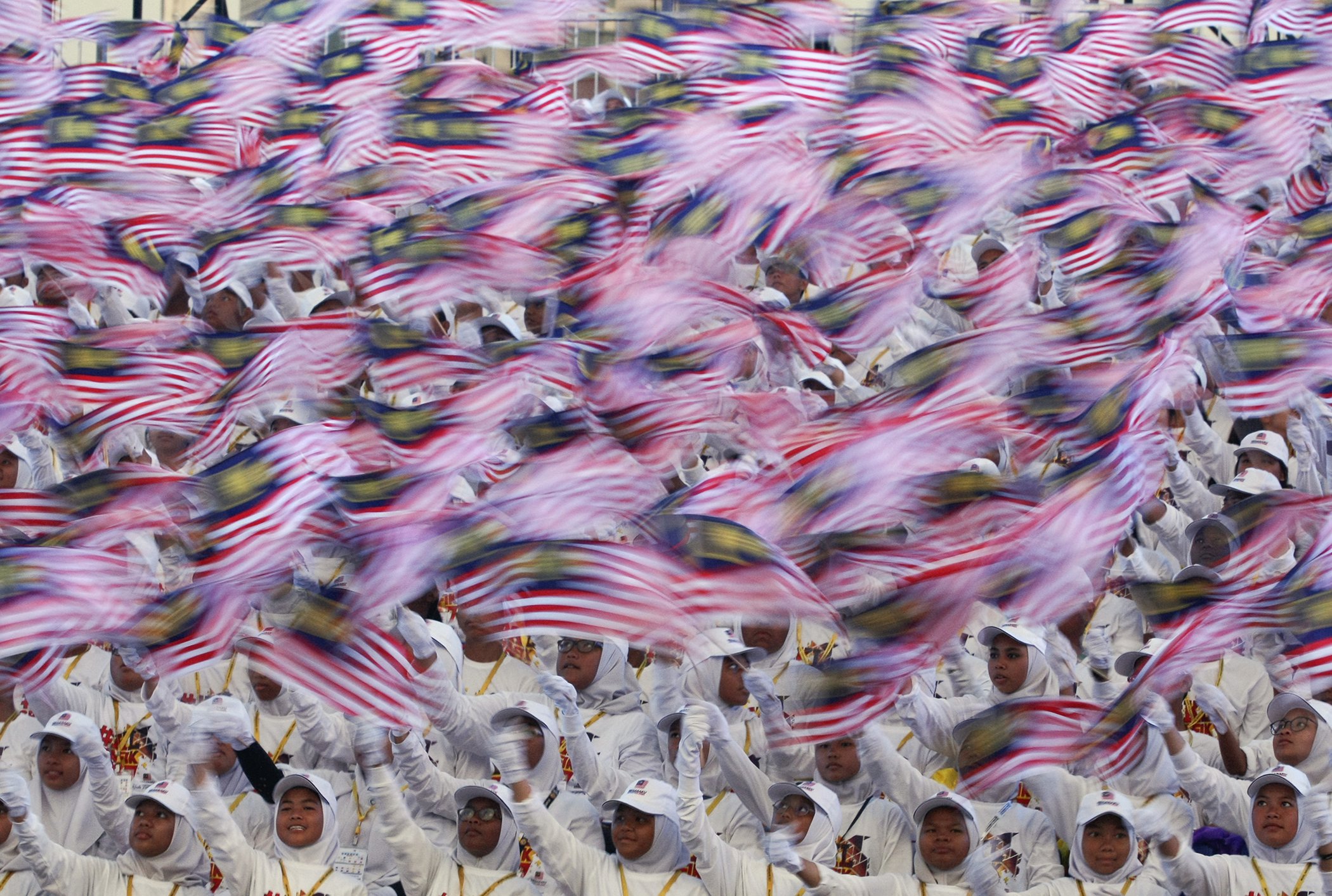 Students waves national flags during 60th Independence Day celebrations at the Independence Square in Kuala Lumpur, Malaysia, on Aug. 31, 2017. Aug. 31 marks the day that the Federation of Malaya gained its independence from the British in 1957. 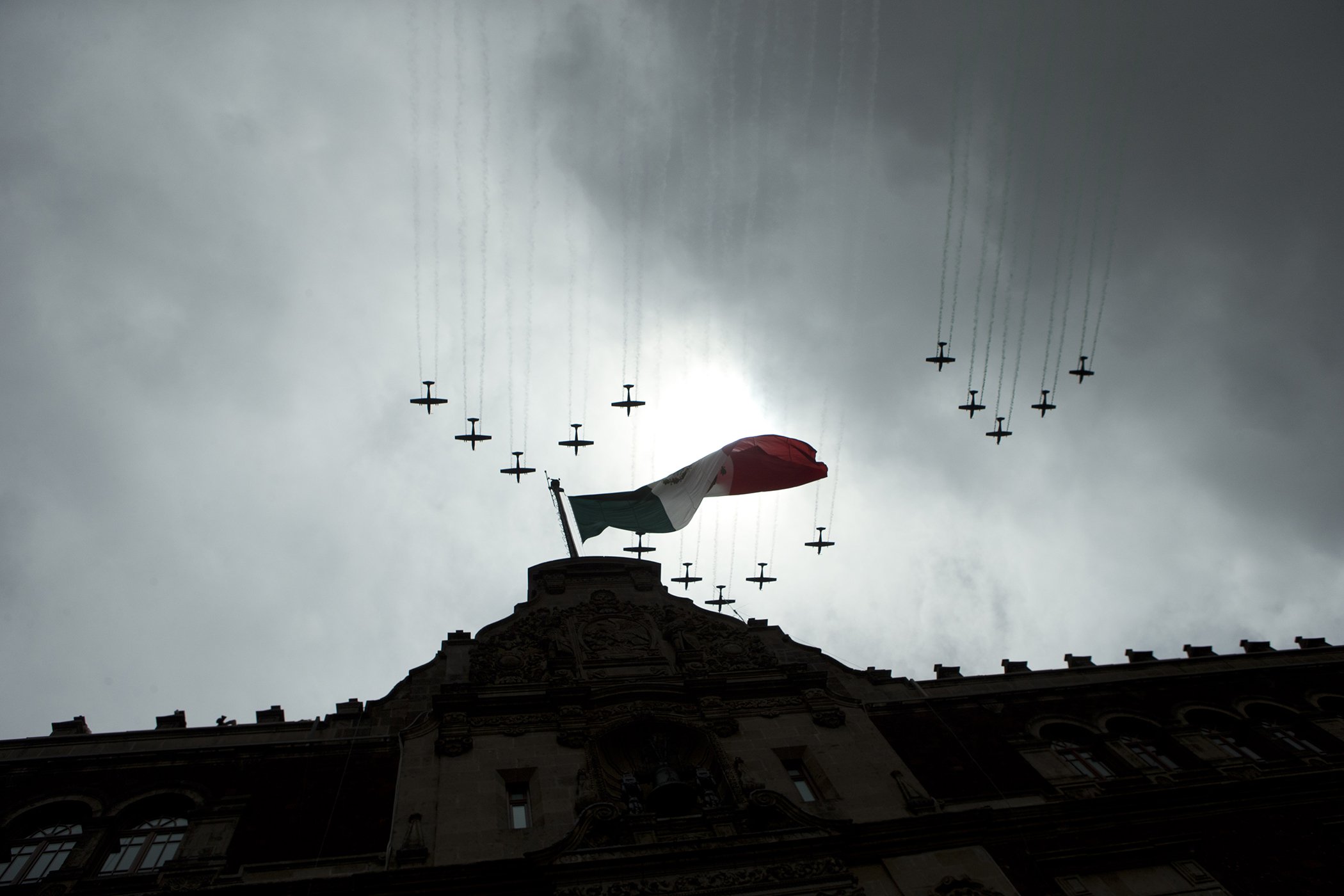 Mexican airforce aircraft, trailing the colors of the national flag, fly over the National Palace during the finale of an annual Independence Day parade by Mexico's Armed Forces, in the Zocalo in central Mexico City, on Sept. 16, 2014. 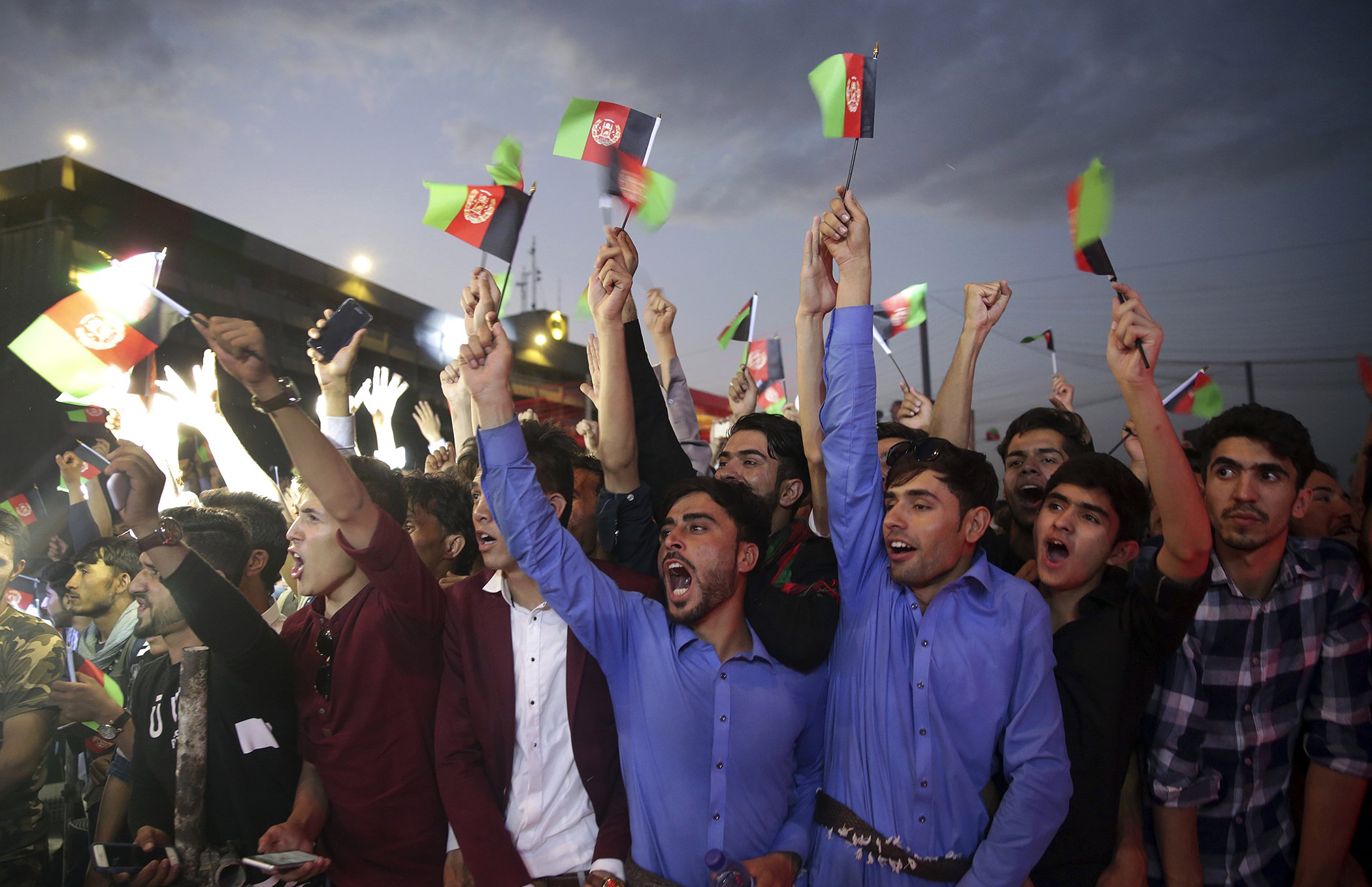 Fans of singer Aryana Saeed cheer during a concert to commemorate Afghanistan's Independence Day in Kabul, Afghanistan, on Aug. 19, 2017.

People recite the pledge at the end of the National Day Parade at Padang on Aug. 9, 2015 in Singapore.

Spectators watch as UAE's Al-Fursan (The Knights) National Aerobatic Team perform with smoke along the corniche of the capital Abu Dhabi on Dec. 1, 2017, during celebrations ahead of the 46th Emirati National Day, celebrated on Dec. 2.

A man holds a South Sudanese flag as people wave to greet the South Sudanese president in the John Garang Mausoleum grounds in Juba on July 9, 2015, during celebrations as part of the country's fourth independence day. The world's youngest nation, South Sudan marks independence every July 9 after separating from Sudan in 2011 following decades of war.

Topicsculturephotographyjuly fourthindependence day
With the New York City skyline in the background, fireworks explode during an Independence Day show over the East River, July 4, 2017, in New York.
Andres Kudacki/AP