Pharrell Williams to NYU Grads: ‘We Need to Lift Women Up’

“This is the first generation that understands we need to lift women up.” 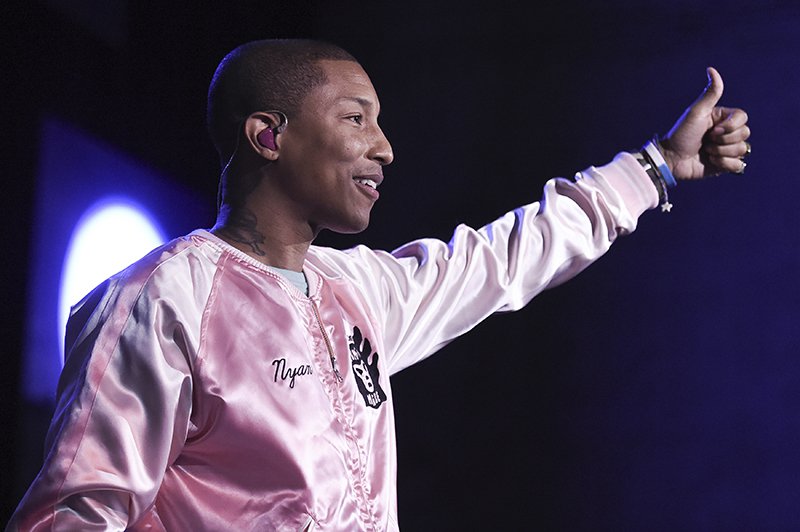 The Grammy-winning artist has been long time advocate for gender equality, especially in recent years. In 2014, he released the album G I R L, which he called “a 21st century take on feminism.” And just days ahead of the Women’s March, he gave a powerful interview stating that women could save the world.

This year, as the commencement speaker at NYU’s graduation ceremony, his message struck a similar tune, as he spoke about the importance of women’s rights, education, and activism.

“In this day and age, it’s easy to lose sight of the fact that it's the people who serve humanity that make our world go around,” he said during the ceremony at Yankee Stadium.

And according to Williams, everyone needs to take the leap to serve humanity and start by empowering women.

“As you find your ways to serve humanity, it gives me great comfort knowing this generation is the first that understands that we need to lift up our women,” he said.

Williams is right, when girls and women are empowered and educated, they invest more in their communities, children are healthier and the whole world benefits. The world is on its way to a better future thanks to young people today, Williams said.

“Your generation is unraveling deeply entrenched laws, principles and misguided values that have held women back for far too long and therefore, have held us all back,” he said.

“This is the first generation that navigates the world with the security and confidence to treat women as equal.”

Williams also touted the importance of education during the ceremony at Yankee Stadium.

“My mom is a lifelong educator — so this is gonna look good for me,” he joked. “I like to say that I am forever a student, and it’s people like [you] that I'll forever learn from. They are fearless, boundless, multi-disciplined and multi-talented. They break down barriers and embody the focus and dedication this planet needs — even if, for Mark Kelly, it means leaving it from time to time,” he added, gesturing to the astronaut who was also in attendance.

Read More: 'Women Could Save The World': Pharrell Williams Shows His Feminist Side in Interview

Williams grew up in Virginia Beach, Va., where his mother worked as teacher and his father was a handyman, according to People magazine. He entered into music early. His first record deal came in 1992, just after he finished high school.

Global Citizen issues, like women’s right and education, have been close Williams’ heart for a decade. In 2008, also founded From One Hand To AnOTHER (FOHTA), a non-profit organization that provides science, tech, art, engineering, math, and motivation through education programs to underserved youth across the US.

While Williams may not have attended NYU, he’s not new to the college either. Prior to speaking at the ceremony spent, he spent a year serving as an artist in residence at NYU’s Tisch School of the Arts in 2015. During the year, he taught classes and gave several speeches.

Before thanking NYU at the end of his 10-minute speech, Williams gave one last push for global citizens not to shy away from public activism.

“The days of being an anonymous activist or participant are over. How can we inspire if we are only behind the scenes?” he said. “Let your actions serve as an endorsement for education and watch the demand rise.”

Caps off to an inspirational artists using his voice for a positive and empowering message.