Will this truly broaden pharmaceutical access across the globe? 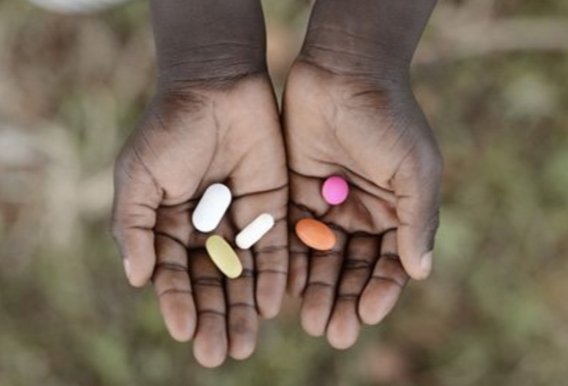 The UK pharmaceutical company, GlaxoSmithKline, plans to increase medicine accessibility in low-income countries by granting licenses to generic manufacturers. The move is a significant change from most pharmaceutical companies attempts to extend full patent protections across the world.

Access to medication is a major factor in increasing global health.

Pharmaceutical companies rely on patents to protect their rights to sell the medications developed by the company. This protection allows the company to earn back their investment in research and development, usually through higher prices. Pharmaceutical patents block competitors from pushing the price down by providing the same drug under a competing brand. Globally, “generic drug makers” are companies who do little research and development of their own, instead they copy and produce drugs developed by big companies like GSK after patents have expired.

Generic drug makers are essential to providing lower cost drugs to nations and communities in poverty. Generally, the tradeoff is that patents enable big companies to invest money in R&D even at the cost of short term accessibility by the broadest customer base.

GSK is trying to challenge this traditional “tradeoff.” Instead of trying to enforce patents (an expensive and difficult process across the entire world), the company is moving to a licensing model. In exchange for a “small royalty” (fee), a generic manufacturer in a low-income country will be able to receive a licence to supply low-cost versions of GSK drugs.

Further, generic drug manufacturers are often limited and misinformed about manufacturing rights and patent protections. This has historically led to some safety concerns with generic versions developed in a grey area of patent laws. This plan aims to promote confidence in producing cheaper versions of GSK drugs.

GSK has processed and identified countries based on economic value to execute these plans. Based on the company’s standards, “lower middle-income” countries and “low-income developing” countries will will be most affected by this bold plan. GSK said it will continue to file full patents in higher-earning countries

The company is willing to grant 10-year licences to over 40 nations. GSK implies that these licenses will continue for the whole 10-years, even if a country is affected by increased economic growth.

The company also announced their interest in submitting GSK cancer medicine to the Medicine Patent Pool in order to address the increasing prevalence of cancer in the global community.

The Medicine Patent Pool was established in 2010 and has contributed to health advancements by increasing access to treatments such as HIV, tuberculosis and hepatitis C.  This allows the creation of generic versions of GSK’s cancer drugs to be made and distributed in countries challenged with poverty. 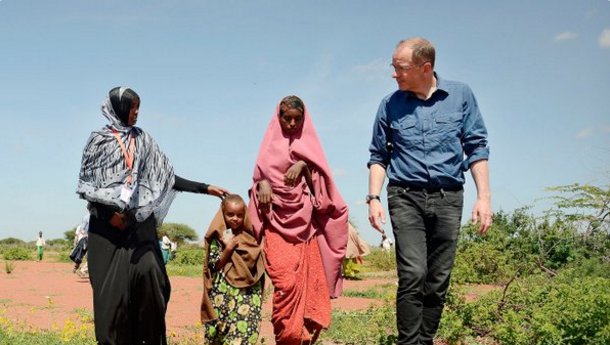 GSK CEO Andrew Witty in Wajir, Kenya, during a trip with Save the Children in May 2013.
Image: Jon Cohen

The company CEO, Andrew Witty said, “Changes to patents will not solve the multi-faceted challenges of improving healthcare in developing countries. In cancer for example, improving outcomes in developing countries requires better funding, improved screening and diagnosis, more cancer doctors and better hospital services as well as access to treatments. However, we believe the measures outlined today add to the wider contribution GSK makes to improve access to effective healthcare around the world.”

With the introduction of these pharmaceutical plans, GSK has gone further than most pharmaceutical companies in the fight for global healthcare accessibility. It will be interesting to see its plan’s effects once implemented. Many low income countries are already exempt from patent protections, which enables domestic generic drug makers to produce drugs at lower prices. GSK’s plan seems to be working with this exemption and furthering its reach into nations even as they improve their economic status.

Time will tell if this is a model more pharmaceutical firms will follow to increase accessibility to medicines.