No women were elected in the 2017 elections 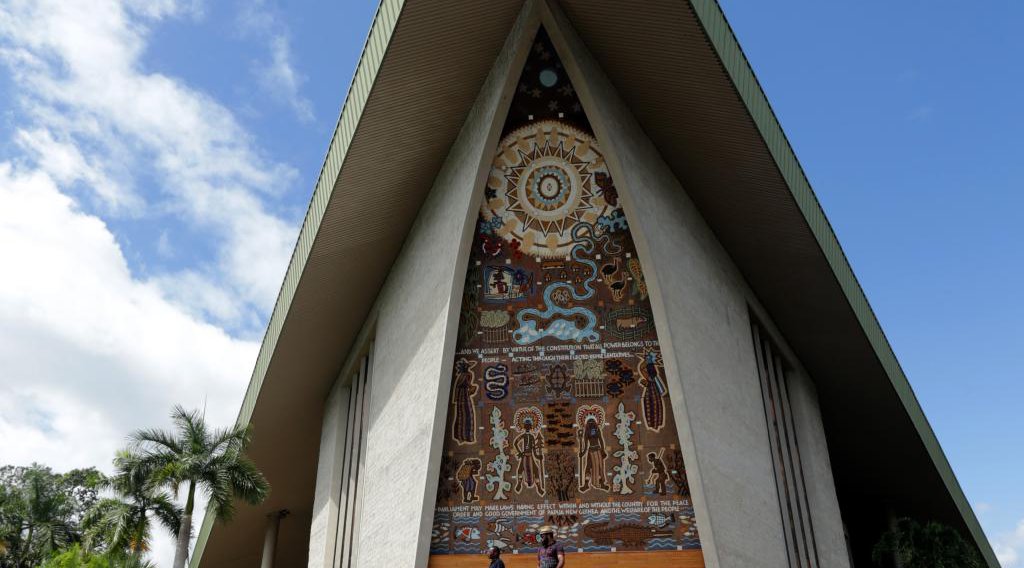 Papua New Guinea’s Prime Minister Peter O’Neill has called for the introduction of a women’s Parliamentary quota system after no women were voted into the country’s 111-seat Parliament in 2017.

Although a record number of female candidates vied for positions this year, a total of 165 out of 3,300 candidates, no women were elected. The three women formerly elected were also not re-elected.

Speaking to the CEO of large-scale telecom provider Digicel, O’Neill made assurances to discuss with coalition partners the idea of “reserve seats...to bring women in as appointed members”.

PNG has historically faced a lack of women’s representation with only three women voted into Parliament at any one time since the country first gained independence in 1977.

The lack of women in Parliament today places PNG among only four other countries in the world including Yemen, the Federated States of Micronesia, Qatar and Vanuatu, that have no female representation in Parliament.

Related Stories July 12, 2017 PNG Goes to the Polls as a Record Number of Women Run for Parliament

The PNG government have taken steps to attempt to improve women’s representation in Parliament including developing a country plan of action, ‘Vision 2050’. The document discusses options such as changing the existing structure of Parliament and creating a three-tier government to provide greater opportunities for women to stand office.

Women’s political campaigning is often undermined by entrenched patriarchal cultural values. Traditional power structures such as ‘Big Man politics’, which place the most persuasive and resourceful man at the head of the social hierarchy, continue to ensure that women are left behind. As a result of these views, women may also experience difficulty gaining favour from tribal leaders who strongly influence voting blocks. Also, as women are generally less financially-resourced than men, they are often unable to keep up with men in common but illegal electoral practices such as vote buying, selling and gifting.

In its 2017-18 Aid Investment Plan, Australia pledged its support of PNG’s commitments to gender inclusivity and equality. This includes funding the Australia-Pacific Women’s Parliamentary Partnerships program which is designed to facilitate networking between women in politics and creating capacity-building projects for Papuan women and their staff.

PNG and Australia have also jointly created the flagship program, Pacific Women Shaping Pacific Development. This 10-year plan seeks to support women in political positions, improve their visibility and ensure that women’s interests are represented across all levels of local and federal government.

I've made some incredible visits to the #Pacific in my first year as #AWG - three already to #PNG! I can't wait to return this fascinating country again in #2018 to share stories, insights and lessons learned on #womeninleadership in particular #DFAT#SDG5#GenderEquailitypic.twitter.com/25K7e2isBC

Despite these efforts, women are still not being elected.  PNG is one of the most dangerous places for women and real change is needed to ensure women are adequately represented.

O’Neill has expressed hopes that reserved seats will be an effective temporary solution to the lack of female parliamentary representation. He suggested that the 22 proposed ‘reserve’ regional seats for women could be complemented with 22 supplementary seats for men, enabling the two sexes to co-govern their respective regional area. This would guarantee women a minimum of 22-seats in Parliament, without placing pressure on women to only contest the proposed co-governed ‘reserve’ seats.

"The Time is Now to promote women's political participation. The world needs women to have an equal voice in decision making." - Achim Steiner, Administrator, @UNDP

While PNG has made both international and national commitments to improve access and increase women’s representation in Parliament, a concrete plan of action for exactly how this will occur remains to be seen.

Global Citizen campaigns on the Global Goals for Sustainable Development, and achieving gender equality is goal number five. You can take action here.

International Women’s Day (8 March) provides a timely opportunity to call on nations like PNG to ensure women are represented and that equality becomes a reality.