Contributed by the Global Fund

In remote parts of Papua New Guinea, focusing HIV prevention on those most at risk of the virus is not straightforward. I was confronted with this in Port Moresby recently as I discussed the condom use of sex workers with some of the Global Fund’s implementing partners.

What happens, for example, when someone is trading sex for transport? While they may not identify as a sex worker, they are nonetheless potentially exposed to HIV. Reaching people like this is an absolute necessity.

Challenges like this informed a new grant we formalised in Papua New Guinea today. While Papua New Guinea has made good progress in reducing its HIV epidemic, only a grassroots, community-led approach will make fresh inroads against the disease.

That’s why the new grant focuses on behaviour.  It looks at how people at risk of HIV act in the real world, but also the attitudes of those who need to support them, such as medical and criminal justice workers. In Papua New Guinea, gender based violence and stigma against men who have sex with men and transgender people is still very real. So the solutions need to be grounded and realistic.

For example, peer leaders in the transgender community will be trained to distribute condoms among their friends and colleagues and point them towards medical services, when necessary. Since these peer leaders will work with specific clinics, trust will deepen. At the same time, health workers will be trained to be more sensitive and receptive to groups such as men who have sex with men. In a more trusting, open environment, people are more likely to discuss their behaviour and address risk. 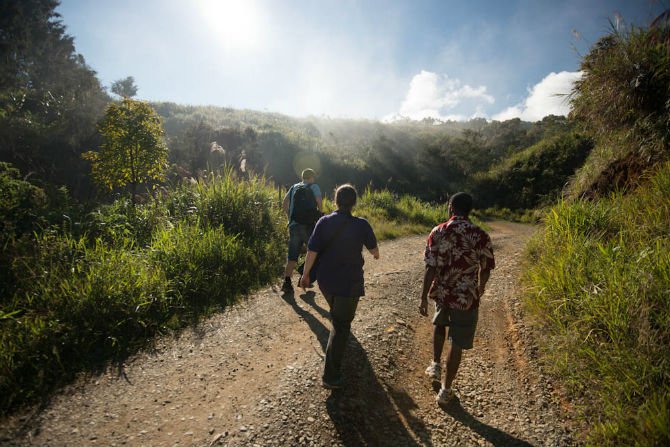 This grant agreement is a good encapsulation of the Global Fund Partnership. Partners such as the Australian and US Government have worked with people affected by HIV as well as Papua New Guinea churches, health officials and private sector partners such as Oil Search Health Foundation to create this program. No one has all the answers but by working together in partnership we can have a genuine impact.