UK and Europe Must Ban Palm Oil in Biofuels to Save Forests, Say Environmentalists

But Malaysia described a potential ban as “crop apartheid.”

British and European leaders are being urged to take concrete action on banning palm oil in biofuel.

A group of 14 representatives for indigenous and forest-dwelling groups from 11 countries in Asia, Africa, and Latin America have flown to Europe this week to push for action on developing sustainable palm oil supply chains, to meet forest protection and climate change goals

Take action: Stand Up for the Arctic

Indigenous communities are reportedly losing their land and their rights, while the environment and wildlife are also facing destruction.

Just last week, a report blamed the palm oil industry for the rapid decline of orangutans in Borneo — with an estimated 148,000 animals dying between 1999 and 2015. 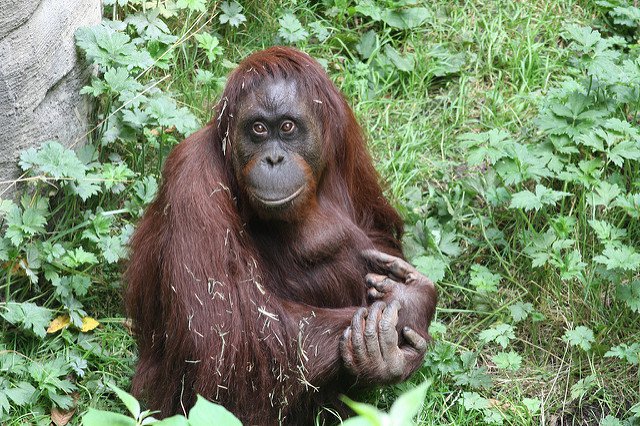 Members of the European Parliament (MEPs) voted in January to phase out the use of palm oil in biofuels and bioliquids and to improve supply chains, according to Greenpeace’s Unearthed. The European Commission is now working out exactly how to implement that plan.

Palm oil — which is used in hundreds of supermarkets products — can also be blended with diesel to make fuel, which is what the ban would prohibit.

The often unregulated pursuit of palm fruits leads to deforestation and wildfires throughout areas where they are produced.

But European nations are facing a backlash from countries for whom palm oil exports are a major source of income, with the governments of major palm oil-producing nations, like Malaysia, Indonesia, and Costa Rica, protesting the ban.

Read more: The Surprising Reason Why 150,000 Orangutans Have Died in Borneo

South-east Asia — which is responsible for 90% of the world’s palm oil exports — is accusing the EU of undermining efforts to reduce poverty, saying that smallholders would be badly hit by a European attempt to curb the £40 billion palm oil industry

Malaysia’s plantations minister called the potential ban “crop apartheid,” according to the Guardian, while the UK High Commissioner in Malaysia described it as “unfair.”

The UK government hasn’t said whether or not it will back the proposed ban, according to Unearthed, but the UK decision could have implications for post-Brexit trade and the UK arms trade.

Malaysian officials flew to London last week to warn that post-Brexit trade deals between the UK and Malaysia could be negatively affected if the UK opposed the palm oil ban, according to the Telegraph.

Read more: These Are 6 of the Most Exploited Resources on Earth

Liam Fox, the UK’s international trade minister, travelled to Malaysia in April last year to encourage a post-Brexit trade deal, hailing Malaysia and Malaysian companies as “our partners on this journey.”

“As the UK leaves the European Union, we have an unprecedented opportunity to work with our partners across the world to drive prosperity, champion free trade, and deliver a better future for all our citizens,” he said in a speech at the time.

Meanwhile, Malaysia could also negatively impact the UK’s arms trade, after the UK sold over £20 million worth of arms to the country in 2017.

Read more: 7 Victories for Indigenous People Around the World You Probably Didn't Hear About in 2017

Global Citizen campaigns to achieve the UN’s Global Goals to end extreme poverty by 2030, which include action on climate change, life on land, and creating sustainable cities and communities. You can join us by taking action here.