48 football fields worth of forest are cut down each minute. 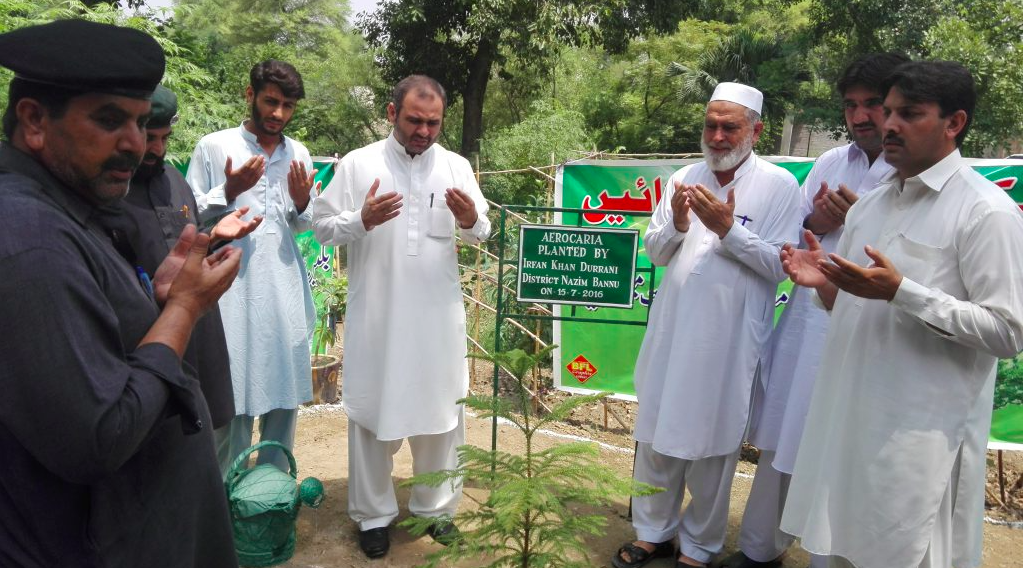 Over the past two years, Pakistanis have planted 1 billion trees in the Khyber Pakhtunkhaw province, restoring 350,000 hectares of forests and degraded land, according to the Independent.

The “Billion Tree Tsunami” campaign was spearheaded by Imran Khan, the leader of the political party Pakistan Tehreek-e-Insaf, and it was a part of an international coalition to stem the rate of deforestation around the world.

Several of the Global Goals, which Global Citizen advocates for, promote reforestation. For instance, Global Goal 15 calls for the sustainable management of forests to “reverse land degradation and halt biodiversity loss” and Global Goal 13 calls for urgent action to protect the climate. You can take action on these causes here.

The Bonn Challenge, established by The International Union for Conservation of Nature, aims to restore 150 million hectares of forest by 2020.

So far, 20 countries have signed up for the challenge and through the Billion Tree Tsunami, Pakistan has surpassed their target several months ahead of schedule

The tree planters in Pakistan were motivated by the threat of climate change, which forests help to defend against by cooling areas and absorbing carbon emissions. Conversely, chopping down trees releases carbon — an estimated 15% of global emissions come from deforestation.

There were also local events that influenced the decentralized campaign.

As the forests along the Gambila River thinned out each year, flooding became worse and caused greater damage to communities.

“If you plant trees, we have discovered, by the river banks it sustains the rivers,” Khan told the Independent. “But most importantly, the glaciers that are melting in the mountains, and one of the biggest reasons is because there has been a massive deforestation. So, this billion tree is very significant for our future.”

There are other benefits beyond staving off floods.

Read More: Brazil’s Rainforests Are Being Decimated — and One Country Wants to Do Something About It

In addition to reforestation efforts, Pakistan has cracked down on illegal logging operations, shutting down hundreds of mills in the region, the Independent reports.

Globally, 48 football fields worth of forest are cut down each minute, destroying ecosystems, animal populations, and human livelihoods. An estimated 1.6 billion people directly rely on forests for food, water, medicine, income, and more.

Pakistan’s massive tree planting campaign and other efforts around the world are helping to reverse the disappearance of forests.

And as they’re learning, restoring forests makes life better for everyone.