Overseas Visits to Orphanages Could be Outlawed in Australia

Why you should rethink visiting an orphanage on your travels 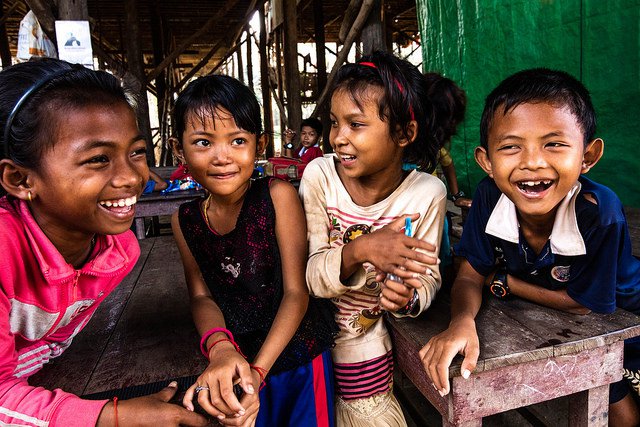 West Australian Liberal senator Linda Reynolds is calling for ‘orphanage tourism’ to be outlawed in Australia.

The term, according to the charity Save the Children, is used to explain how foreigners are lured to donate to or volunteer at orphanages in foreign countries in order to help orphans, when in reality, the children often have parents. Organizations that pretend to be orphanages convince local parents that their children will be better cared for at institutions, which are then used to attract foreign money.

Reynolds gave a speech warning church groups, schools and universities that many so-called orphanages are actually a sham that exploit children.  She wants it to be a criminal offence for anyone to facilitate such a trip overseas and argued that ‘orphanage tourism’ is a form of modern slavery.

"Some of these orphanages are well intentioned but most of them are for profit and some of them are run by organised crime because ultimately children in these facilities are a commodity," she said.

"I was utterly appalled that there were 500-plus of these institutions and the consistent message was 'stop Australians coming and supporting them'," she said.

Next step to prevent child trafficking & slavery is to outlaw orphanage tourism. thanks @louiseyaxley@lumos@NoOrphanagesAU@WalkFreeFdnhttps://t.co/J18inW3VQi

According to UNICEF around 75%  of the children in these homes are not actually orphans and have at least one parent living. They are either placed into the orphanages by their parents who believe it will give them a better life, trafficked there or brought in just for the day to give the illusion that there is greater poverty and encourage donations from travellers and generous tourists.

Read more: The picture that launched a thousand memes… on poverty stereotypes

A parliamentary committee investigating Australia’s need for legislation around modern slavery heard a first-hand account from Sinet Chan, who grew up in a Cambodian orphanage. Speaking of the exploitation she faced, she urged Australians not to donate or volunteer with orphanages in countries such as Cambodia.

"The support of orphanages has created a thriving industry in which children are separated from their families and subjected to terrible abuse and neglect, as I was — being used as a commodity to generate funding," she told the committee.

Save the Children points out that children in these fake orphanages can often face a lack individual care and privacy and are at higher risk of abuse, violence and exploitation.

Chan said the constant stream of visitors was traumatic for the children as it triggered memories and feelings of abandonment, separation and loss.

"The love and affection we received from visitors initially felt nice, but it was always very traumatic when it came time for them to leave. We would be very upset and cry a lot."

Forget Me Not is an Australian child protection agency who spoke at the inquiry about the dangers of institutionalising children. The organisations submission also pointed out how some corrupt operators go as far as starving the children to make them seem more needy of donations.

Tasmanian Labor Senator Lisa Singh agreed with Reynolds and said she hopes that this inquiry will highlight the problem of trading children for profit.

Some ethical tour operators such as Intrepid Travel have already stopped taking tourists to visit orphanages. The group published ‘6 Reasons You Should Think Twice About Orphanage Tourism’ highlighting why it’s important to avoid orphanage tours and how to be a child-friendly traveller.

An issue close to our hearts. '6 reasons you should think twice about orphanage tourism' https://t.co/q7KV5jKAIJ#TravelForGoodpic.twitter.com/TUERCqvBvW

‘Orphanage tourism is what happens when good intentions and reality don’t quite synch up. Travellers who visit and volunteer in orphanages may genuinely want to help, but their efforts can actually support system where children are separated from their families and, in some cases, abused. We don’t want to say ‘Don’t help’. We’re trying to say ‘Help the right way.’

The best thing global citizens can do is to be conscious of the impact we all have when travelling. Intrepid’s best piece of advice for travellers is to ask yourself; ‘would you do it at home? If you wouldn’t do it at home, why are you doing it overseas?’

And of course not all orphanages are corrupt. There are many wonderful organisations working in countries such as Cambodia to protect vulnerable children. Before donating, do some research and make sure you are supporting a reputable organisation.

In her media release, Reynolds said, “There are many ways that WA schools and individuals can assist those in developing countries not as fortunate as those who call Australia home are. However, there are increasingly worrying signs that assisting orphanages is not the way to go.”