While nothing can really heal a wound of this magnitude, the stadium is making a small gesture. 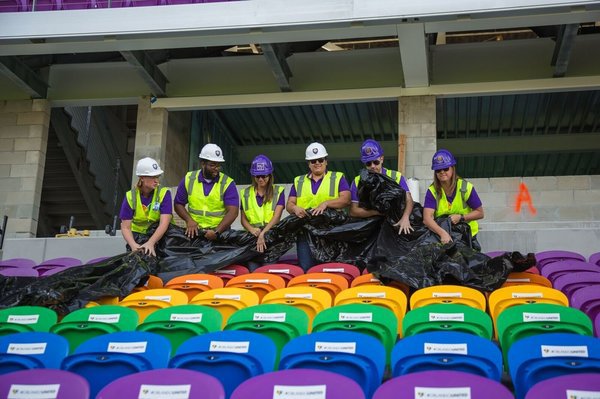 On that terrible night, 49 men and women dancing and celebrating their lives were ruthlessly gunned down in an act of vicious bigotry. While nothing can really heal a wound of this magnitude, the soccer stadium is making a small gesture to show that the lives of the victims are remembered and appreciated, and that through kindness and love the city will overcome.

Each of the purple, blue, green, yellow, orange and red seats are stamped with #OrlandoUnited, which the world used after the tragedy to show solidarity. 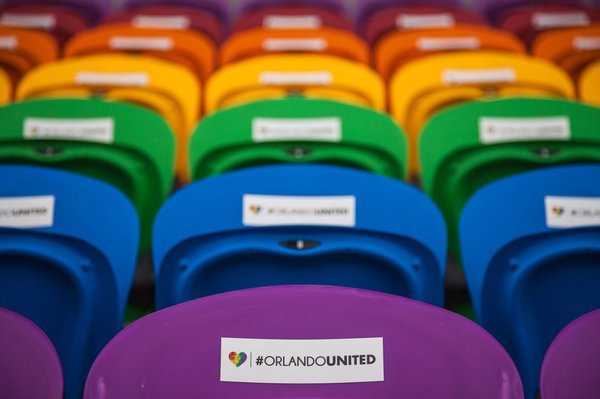 Read More: The World Calls for Unity and Love After Orlando Massacre

“We put them in Section 12, obviously because we felt that was pertinent — it was June 12 last year when the tragedy happened,” Phil Rawlins, the founder of Orlando SC told the Huffington Post.

“So they’re right here in Section 12, they’re right down by the benches," he said. "They’ll certainly be seen by everybody inside the stadium, and a very significant reminder of that day."

In the aftermath of tragedy, physical tributes — statues, monuments, plaques, etc. — serve many purposes. They commemorate the victims; they remind people of the horrors that abound in the world; and they help survivors grieve and find closure.

This is perhaps too tall an order for a soccer stadium, but it's good to see that the team is reaching out to the community and helping everyone heal.