Endangered Orangutans at Risk As Illegal Logging Accelerates in Indonesia

"Sungai Putri is one of the last refuges of the orangutans."

Despite a 2015 moratorium on logging in the Sungai Putri forest of Borneo, illegal operations persist under the cover of darkness, threatening endangered orangutan populations, according to the environmental nonprofit Greenpeace.

Greenpeace took aerial photographs of the forest in March, revealing six illegal logging operations in one of the last orangutan strongholds in the world.

The photos show drainage canals and industrial equipment, despite an order by the government for companies to cease operations in the forest. Greenpeace says that trees are cut down during the night and wood is transported to sawmills and furniture stores at dawn.

The government claims that without its regulatory actions in recent years, following a terrible forest fire, the area would have been destroyed, according to the AP.

But Greenpeace argues that the photographs show that regulations are not being enforced, and that companies are taking advantage of the roads and infrastructure that had been developed in the region.

As a result, the 930 to 1,200 endangered orangutans that live in Sungai Putri are at risk. 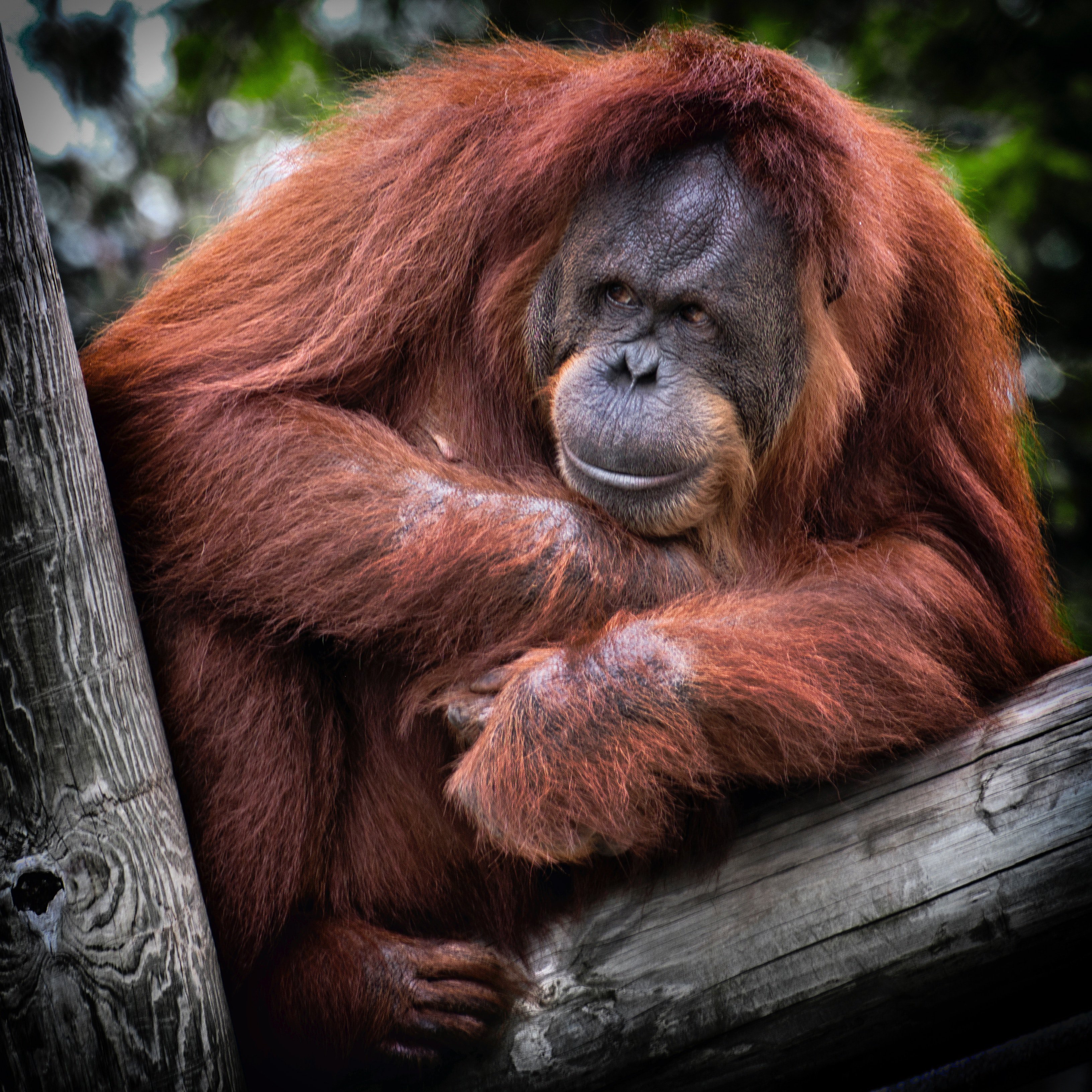 Photo by Dawn Armfield on Unsplash

“This is a major embarrassment for the Indonesian government, which has consistently promised to protect Sungai Putri,” said Ratri Kusumohartono, Greenpeace Indonesia forest campaigner, in a press release.

“More than a year ago, the government ordered MPK [a logging company] to stop trashing the forest and peatlands, yet its excavators are still in place and now chainsaws are finishing the job. The government cannot let this stand – it must uphold the law and ensure the full and permanent protection of this beautiful and important forest,” Kusumohartono said.

Orangutans are some of the most threatened animals in the world. 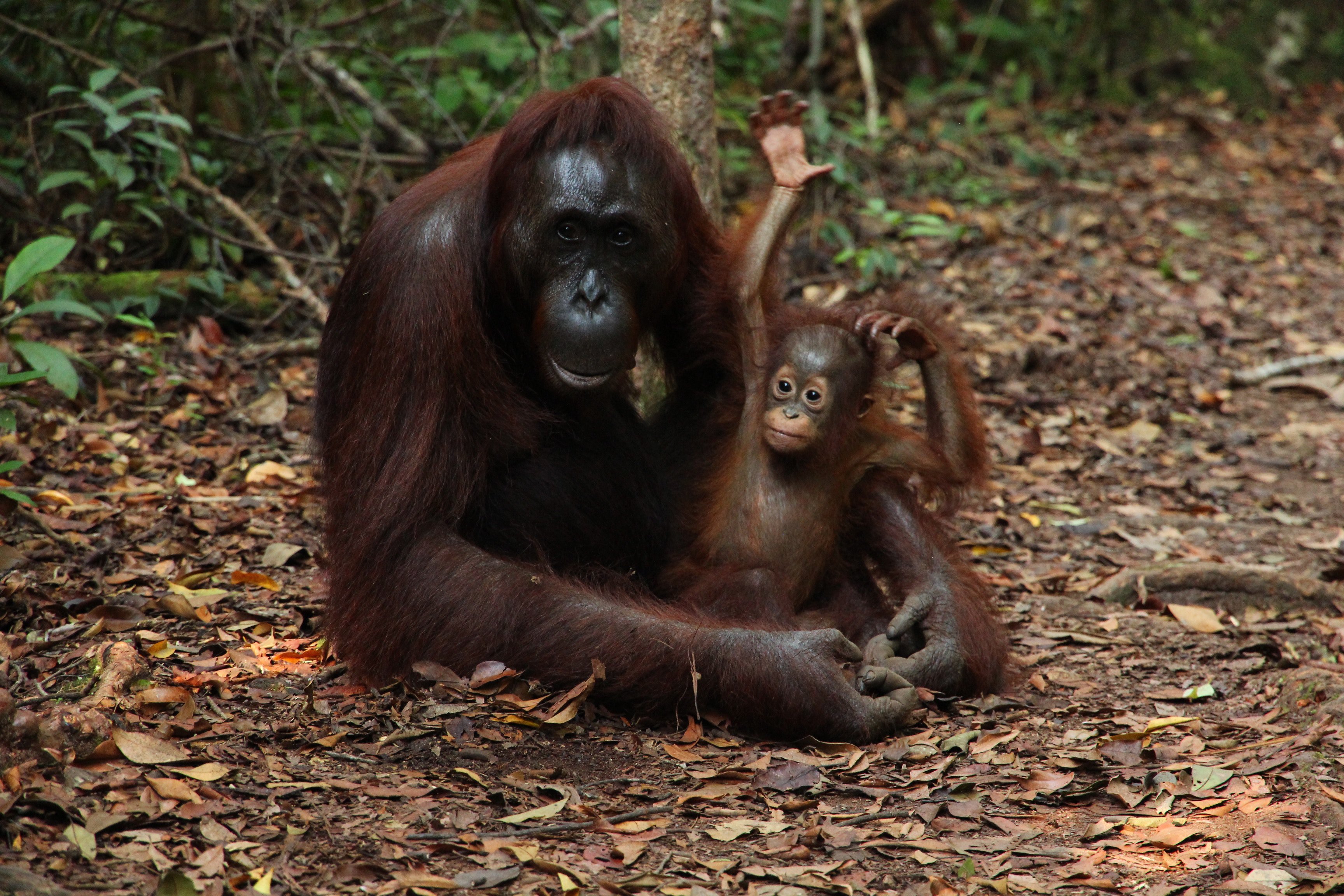 Photo by Fabrizio Frigeni on Unsplash

In recent years, international pressure to save orangutans has focused on combating the palm oil industry, which often razes forests to collect palm fruit.

Read More: Palm Oil Isn't the Problem — Where It's Planted Is, Expert Says

As forests are cut down, peatlands become degraded, and orangutans look for food in areas where humans live, where they are often shot and killed, according to WWF.

“Habitat destruction forces orangutans to enter neighbouring plantations and farms looking for food and this frequently leads to conflict with humans,” said Karmele Llano Sanchez, program director of International Animal Rescue in Indonesia, in a statement.

Forest fires fueled by deforestation, meanwhile, can swiftly burn through an orangutan habitat, killing and injuring scores of animals.

Read More: Indonesia's Fires May Be the Environmental Catastrophe of the 21st Century

The fate of Sungai Putri is especially important, because it was explicitly designated as a safe zone for orangutans, according to Greenpeace.

“Sungai Putri is one of the last refuges of the orangutans and the survival of the species relies on creating wildlife havens and protecting the existing ones. It is time for the Indonesian government to ensure the full protection of Sungai Putri, its environment and  wildlife,” Kusumohartono said.