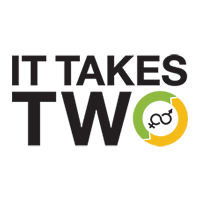 One woman speaks out for a brighter Uganda 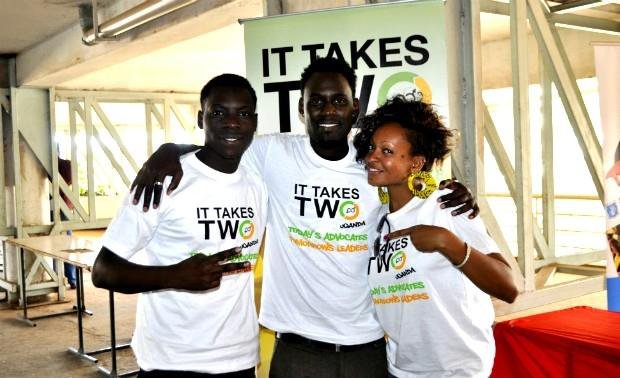 As a woman, I have always had Women’s Day go by like any other ordinary day! I am very passionate about women and the contribution they make to a country, but had never quite celebrated it. It is meant to be a memorable day for a young lady who is at university in Kampala, the day a 25 year-old mother of 5 who sells charcoal at the local slum store to celebrate just how much she supports the family, a day for a rural mother that digs every day to share a moment of affection with her husband. And yet, I had never celebrated it… until the 8th of March, 2014.

It was an exciting start to the Women’s Day celebrations. It had been a long time coming as we prepared to launch It Takes Two campaign at the Inspiring Women’s Concert featuring Nyanda in Kampala. As the gates opened, young people visited the It Takes Two stalls for information about the campaign. They also visited a Marie Stopes stall that was giving out free condoms. What intrigued me most was a group of young men who came by the stall. One of them, Peter, said that he supported the campaign. I asked him where he had heard about it, and he said Facebook. What really excited me about Peter was his perception towards family planning. As a great advocate for male involvement in family planning, his reasoning excited me and gave me great hope!

“I really support this! The name of the campaign is the reality of where Uganda needs to go in order for us to reduce maternal and child mortality. In Africa, focus should not only be on equipping and empowering the woman with information, but also the man. Culture plays a big role in the success of family planning just as much as the government,” he said.

The government of Uganda has worked very hard in improving access to family planning services and comprehensive sex education, but 34% of women who want to plan for their families are still not using any modern method of contraception. A lack of comprehensive age specific sex education, child marriage, cultural taboos, and our way of life have led to the high rate of teenage pregnancy of 24%. This figure has remained unchanged since 2006, despite the various efforts of civil society. Male involvement is also key to ensure progress towards girls and women accessing and using family planning services. As I listened to Peter, I looked forward to a Uganda where more men believed that male involvement is important for us to achieve progress.

The concert began with wonderful performances from local artists like Irene Ntale, Fille, and Lillian, to name a few. The guest of honor, Honorable Mariam Nalubega, took the stage with Honorable Sarah Nyombi and Dr. Jotham Musinguzi, of Partners in Population Development Africa Region. They danced on stage to great ululations from the young people. As I watched, I marveled at how supportive our leaders were! We need support from all levels - the community, civil society, and the government of Uganda. I immediately remembered the London Summit on Family Planning in July 2012, where President Museveni made commitments toward improving access to family planning information and services. When I saw the honorable support us on the concert stage, I realized we had set the pace for great support and accountability.

It was inspiring to watch the women of Uganda being appreciated. It was then that I realized that the celebrations were not just meant for one day! They were not just for women, but also for men! Over 1,000 youth sang along to beautiful live music. Parliamentarians chorused the need for young people to take charge of their sexual health. The concert was more than just the voices of musicians - but the voice of the people!

Claire visited the It Takes Two stall just as I was trying to rest my tired feet. She was bright-eyed and asked more about the campaign after hearing Humphrey, founder of Reach a Hand Uganda and goodwill ambassador to the campaign, and I talk about it on stage. She was beaming as she said, “My sister died at the age of 13. She died of pregnancy complications. I am 16 years old and I always use condoms and would love to know more about contraception. My standing here is a sign that she did not die in vain! She modelled my sexual behavior. I always protect myself from unwanted pregnancies and HIV and AIDS.” Suddenly, I felt tired no more. I had a reason to look forward to a brighter Uganda!

Indeed, we can increase access to youth-friendly family planning services and comprehensive, age-appropriate sexual and reproductive health education. We can reduce teenage pregnancy across the country. We can address stock out issues and provide various options of contraceptive methods.

Youth can amplify their voices. More than 43,000 young people around the world have signed a petition addressed to local and global leaders to increase political and financial commitments to girls’ and women’s health and rights. You can join the movement! Visit us at www.ittakestwo.org/uganda