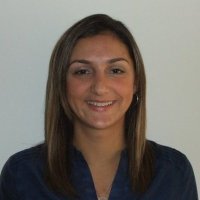 Olive Oil Without Borders: Promoting Peace in the Middle East

A group of Israelis and Palestinians 'extend an olive branch' to each other and promote peace.

Growing up in an Italian household, one of the most important staples that was never lacking was the widely popular “liquid gold” - or more commonly, olive oil.  Drizzled on that delicious caprese salad, as a principal ingredient in any pasta sauce or just used in the oil and balsamic dip for our fresh bread, I cannot imagine my life without it.  Maybe that’s a little bit dramatic, but the availability of olive oil in my household is not exaggerated.

The importance of olive oil does not stop at my household, or even within the Italian community.  This substance called “liquid gold” actually has peace-building capabilities - specifically in the Israel-Palestine context.

The history of the Israel-Palestine conflict goes back a long way (an understatement, I know). Despite recent attempts from various governments to leverage peace talks, the conflict is far from over.  At the moment, there are still regular bombings, people being shot, and civilians feeling unsafe walking down the street. There are, however, small initiatives that are using unique ways to work towards mending the conflict and strengthening Israel-Palestine relations.  One such project is called Olive Oil Without Borders which is run by the Near East Foundation (NEF) - an NGO working on economic development in Africa and the Middle East.  Here are three reasons why OOWB is working so well and why it should be a model for other peace-building initiatives:

1) A Great Project with Everyone Working Together

Olive trees have been the foundation of rural economies in Palestine and Israel for generations. While they hold much value to the people of these areas, they have also been known to trigger conflict. This program is trying to use it for peace.

Olive Oil Without Borders is a collaborative economic initiative among 34 olive oil farming communities in Israel and the West Bank that incorporates over 2000 participants (farmers, oil mill operators, intermediaries and distributors).  Objectives of the project include: delivering real economic results to project participants by improving olive production, olive oil quality, and sector competitiveness; strengthening grassroots and cross border economic cooperation; and leveraging economic cooperation to promote peace and reconciliation. Project participants are improving their income from olive oil production and community leaders are participating in cross-border training programs and collaborative activities organized jointly by Palestinian and Israeli organizations. This type of activity is very rare in the region.

The primary donors of this project are USAID, Human Concern International, United Nations Development Programme and the World Food Program.  In addition to these donor organizations, there are also implementation partners working with the Near East Foundation.  OOWB has been so successful that USAID has just granted it’s second round of $1.2 million USD of funding over the next three years.  They do say that the way to a person’s heart is through their stomach. Perhaps this tasty olive oil means a solution to the decades long conflict between these two regions is not so far away after all.

2) A Sense of Ownership from Project Participants

Since the olive oil industry is so vital to this region, NEF decided to engage with the sector and initiate this historic collaboration with Israel after recognizing a production surplus on the Palestinian side and a production deficit on the Israeli side. This means the Palestinians had been producing more olive oil than they could sell, while the Israeli market suffered from a shortage of local oil. The solution seemed simple, yet, given the politics of the region, it was immensely complex.

Assaf Dudai, a reporter with the Daily Good interviewed a couple of participants taking part in the OOWB project. Salah Abu-Eisheh, NEF country director for the Palestinian Authority spoke about one of the project’s success stories, a man named Hamudi. “During the three-year run he has tripled his production, improved significantly the quality and purity of his olive oil, and increased his income.” Hamudi added, “NEF helped me achieve a sustained level of productivity. No more bad years and good years; now I am in control of the yield.”

This success is due in large part to direct grants farmers like Hamudi receive to purchase modern equipment, renovate facilities (such as mills), and plant new varieties of olive trees.

The aspect of this project that I find the most inspiring and motivating is the collaboration between two groups of people that historically do not like each other.

In his interview with Assaf Dudai, Hamudi commented on collaborating with his Israeli counterparts.  He stated: “I see it as an exchange. We have things to teach, and they have things to teach. They use modern techniques, we have experience and knowledge. The benefits are for both sides. We have no other choice.”

Though one of OOWB’s stated goals is to “leverage economic cooperation to promote peace and reconciliation,” according to NEF President Charlie Benjamin, the organization approaches its work from “a completely depoliticized perspective.” The focus is on “building economic relationships. We don’t touch the broader issues.” At the same time, Benjamin does acknowledge the growing trust, communication, and interaction even outside of the program.

Throughout the project, Israeli experts and Palestinian producers have come together across the border, to taste and judge samples of olive oil from other countries. They weigh the pros and cons of their competition and discuss ways to make their joint venture better. They also tour Israeli and Palestinian olive groves, share a meal, some coffee and discuss their separate systems.  This almost seems unbelievable knowing the history between these two groups.

The objective behind Olive Oil Without Borders might be economic, but the positive interactions and relationship building is really what is at the root of it and we as global citizens need to learn from that.

“This is exactly what should be going on in the region right now—everyone coming together,” Dave Harden, USAID mission director in the Palestinian Authority, told Dudai at an OOWB gathering of Israeli and Palestinian olive farmers. “They are building stuff together, they’re producing higher quality products, and they’re selling them. What more can you ask for?”

The fact that a group of Israelis and Palestinians have figured out how to “extend an olive branch” to each other, makes me believe that peace in the Middle East, may actually be possible.