Is Oil In Nigeria A Growth Cure Or A ‘Resource Curse’?

And at what cost will oil shape the future of Africa? 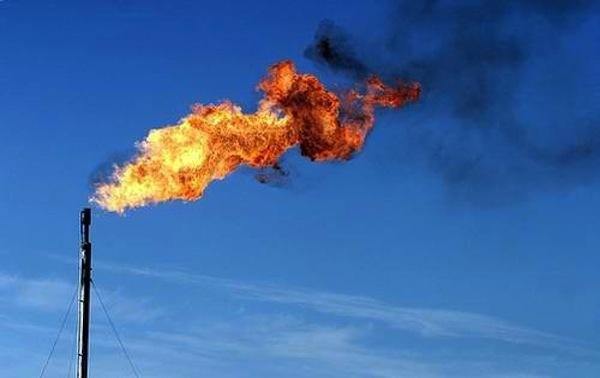 Oil in Nigeria- a cure or curse?

Africa is a region abundant in natural resources and rich in vast oil reserves. In recent years a number of African economies have seen an accelerated GDP growth rate. In many cases the petroleum industry has played a pivotal role in this growth. Some would see the widespread presence of oil as route to unlocking growth and securing development in the region. However, a number of oil rich countries have become victims to the “resource curse”, a term reserved for those countries which have a wealth in minerals, fuels and resources but “tend to have less economic growth and worse development outcomes than countries with fewer natural resources.”

To what extent and at what cost, human and environmental, will oil shape the future of Africa? How will this dwindling resource cope with rapid extraction and trade at a time when global energy demands are ever increasing? And why is the wealth from overseas trade in oil not passing down to the citizens of developing countries?

Earlier this year, President Jonathan’s administration announced plans to remove fuel subsidies as part of the 2012 budget; a controversial act that was met with fierce opposition across Nigeria. As the price of petrol for Nigerians rose sharply, threats of strikes and civil protests erupted, serving as a reminder of our ever-increasing dependency on fuel.

Today Nigeria is the third biggest economy in Africa, largely due to the share of crude oil in its exports. In 2000, oil and gas exports accounted for 98% of earnings in Nigeria. Nigerian GDP at purchasing power parity more than doubled between 2005 and 2010. However, the country’s human capital and its overall living standards are still lagging far behind. Wealth generated by oil revenues has not passed down to the citizens of Nigeria, as 45% of the population still live below the poverty line. How do we make sense of this paradox?

For many years Nigeria’s oil industry has been plagued by corruption and mismanagement. The World Bank has estimated that as a result of corruption, 80% of energy revenues in the country only benefit 1% of the population. Moreover, the agricultural industry, which accounts for 26.8% of GDP and two-thirds of employment, has seen a decline in productivity due to years of neglect. The country was once a lead exporter in cocoa, rubber, and palm oil - now production of all three over the past 25 years has declined sharply. Nigeria is country that has immense potential to be a key exporter of food and livestock, yet it now relies on imports of food to support its rapidly growing population.

Nigeria is a country whose relationship with oil over the decades has been volatile. The oil rich Niger Delta region has become the site of an intense and controversial struggle between the state and the indigenous population. Local indigenous people have become incensed by foreign oil corporation reaping the rewards of this resource, when they themselves have seen little if any improvement in their standard of living. In fact, the effects of oil extraction for the environment and the Niger Delta communities have been devastating. According to Nigerian federal government figures, there were more than 7,000 oil spills between 1970 and 2000. This has led to serious ecological damage in the fragile region. In the last decade, a militant group called the Movement for the Emancipation of the Niger Delta (MEND) has emerged. This group have launched many attacks on oil workers and pipelines, attempting to shut down production in the region.

Another example of an oil rich country affected by the ‘resource curse’ is Sudan. The recent partition of what was once Africa’s largest country, created a new republic - South Sudan. Most of the region’s oil wealth is located in the south, but the agreement surrounding the division of this sought-after resource has been highly contentious. It is feared the dispute over division of oil wealth could eventually be a cause for renewed conflict between the states.

Before the country's divide, Sudan produced around 500,000 barrels of crude oil per day. The International Monetary Fund estimates that South Sudan’s independence will cost Sudan more than $7.7 billion in lost revenues over the next four years. Being a newly independent state, South Sudan’s economy is currently weak and underdeveloped. It relies heavily on its oil and agricultural sectors. As with Nigeria, the decline in productivity within the Sudan’s agricultural sector can be traced back to when the country first started exporting oil. A lack of food security due to a weak agricultural sector spells disaster for a region susceptible to drought and famine. The country also relies on the import of livestock and food to feed its population despite having largely fertile and arable lands. The resource curse strikes again.

China has recently expressed interests in both Sudan and Nigeria. In 2010, it was announced that China was to construct an $8 billion oil refinery in Lagos, Nigeria. China will also build two other refineries, in Bayelsa and Kogi. It is also in China’s interests to develop Sudan’s weak oil infrastructure as the Chinese National Petroleum Corporation (CNPC) is the biggest investor in the country through its 40% stake in the Greater Nile Petroleum. China has purchased 70% of Sudan’s crude oil exports, and has also funded developments in the region such as the $2 billion hydroelectric Merowe dam.

Demand for oil in China and many other OECD nations is expected to continue growing over the coming decades. This increases competition and puts more pressure on countries like Sudan and Nigeria to continue developing their oil sector instead of investing funds and research into renewable sources of energy.

Our expanding global population’s energy demands mean that we are living in a time of voracious crude oil consumption. Although Africa’s oil boom has spelt joy for oil corporations, the rewards will be costly and short-lived. The global dependence on a naturally limited resource is clearly unsustainable. Instead of exploiting this resource at the cost of social and environmental damage, developing African nations will benefit far more from directing attention back into renewable energy, and developing their manufacturing and agricultural industries.