This Fisherman Built a Hurricane-Proof Farm Under Water

The model, pioneered by nonprofit GreenWave, has drawn interest worldwide. 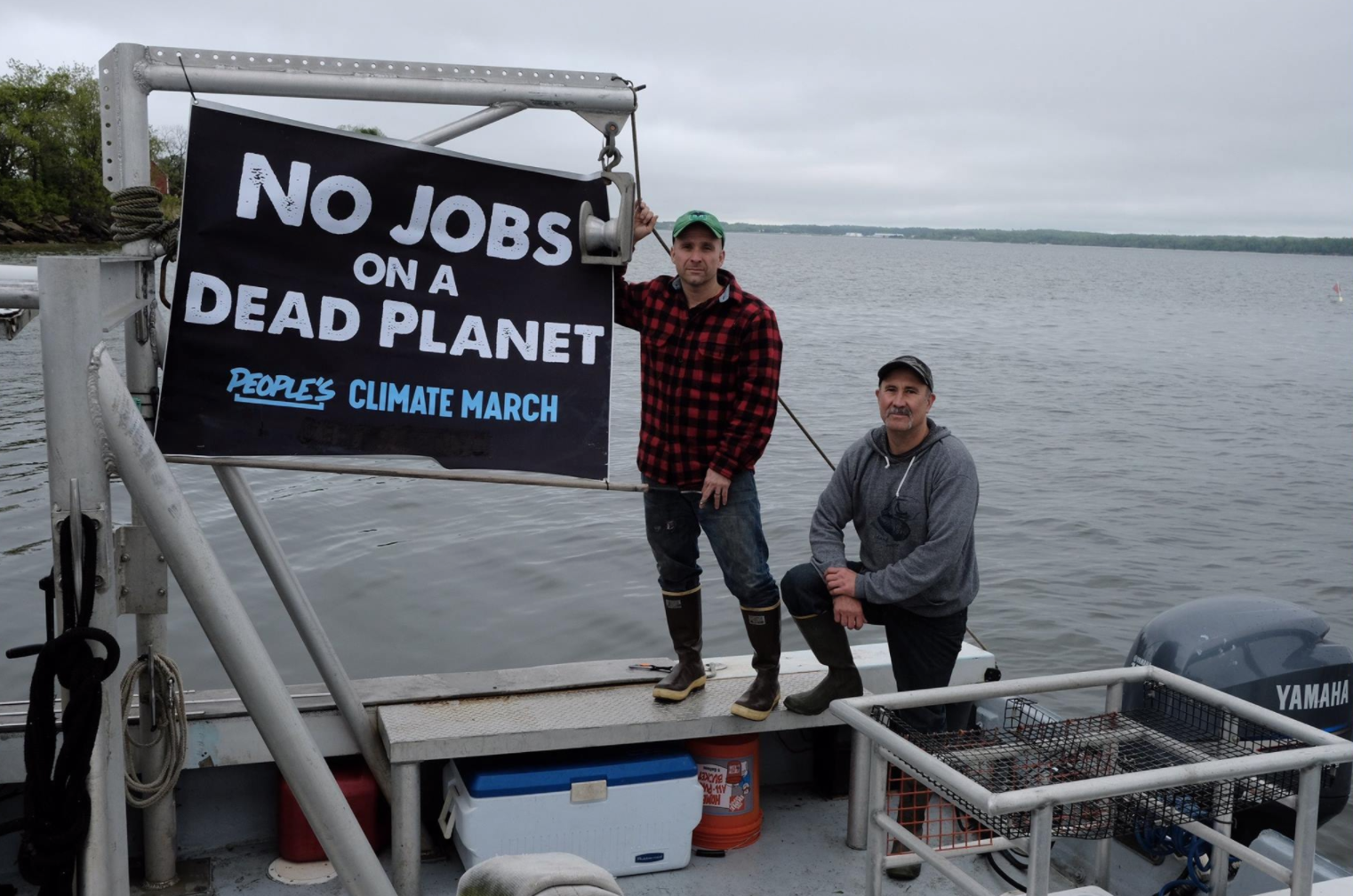 TEPIC, Mexico, May 22 (Thomson Reuters Foundation) - After two hurricanes in a row wiped out the crop of oysters Bren Smith would hustle on the streets of Brooklyn, the fisherman decided to take his ocean farm among Connecticut's Thimble Islands "3D", and says the model could help boost food security.

Firmly locked in place with hurricane-proof anchors, horizontal ropes sunk below the surface of the sea form the layered framework of Smith's 3D ocean farm.

Streamers of kelp grow downwards while scallops hang in nets and mussels in special socks, with oysters sitting in cages below. Clams grow under the mud on the sea floor.

"We went 3D and started growing a whole mix of species - but only species that you don't have to feed, that are zero input. So no fresh water, no fertiliser, no feed, which makes it the most affordable food to grow," said Smith, who dropped out of school aged 14 to work on industrial ships hoovering up vast quantities of fish, sometimes illegally.

Kelp, a form of seaweed, sucks up five times more carbon than land-based plants while oysters can filter 50 gallons (189 litres) of water a day, said Smith.

The easily assembled underwater farms prove a magnet for fish and help regenerate reefs. And if a hurricane threatens, they can be quickly packed up or simply sunk lower, he added.

So far, the 3D concept, pioneered by Smith's non-profit GreenWave, has drawn interest from would-be farmers around the United States, as well as in Brazil, Chile, Britain, Trinidad and South Africa.

GreenWave has helped set up 10 farms in less than two years, and will soon start test farms in California, hoping to have 25 farms of up to 20 acres (8 hectares) each in place by next year.

It also has plans to build up "reefs" of farms, based around areas with a land-based hatchery and a pool of companies nearby to buy the seaweed and shellfish.

With low capital costs and minimum skill requirements, ocean farming can use a "nail salon model of the sea" to grow fast, said Smith.

"If we have enough of these farms, we can have a major impact. It's not like some Brooklyn bee farm on a roof that produces honey for the farmers' market," said Smith by phone from Connecticut. "This is actually trying to address serious issues of food security and economic opportunity."

SOY OF THE SEA

In the United States, ocean farmers can lease underwater land from towns or states for around $25 an acre, growing 10 tonnes of kelp and 150,000 shellfish per acre and creating two full-time and a handful of part-time jobs per farm, said Smith.

He described kelp as a "game changer" because it is so fast-growing and has wide uses, from food to cosmetics, animal fodder and fertilisers.

"It's like the soy of the sea, but not evil in a way as it's not destructive," said Smith.

Related Stories May 5, 2017 These Stunning Photographs Show How Farmers Are Facing Climate Change Aug. 11, 2016 Farms Grow Up: Why Vertical Farming May Be Our Future

While it might not yet be a common menu item, Smith sells kelp to companies like Google, which makes seaweed burgers for its cafeterias, and he ranks the roasted kelp noodles sold in a New York restaurant as his favourite way to cook the plant.

"Imagine being a chef and there are thousands of kinds of vegetables you'd never seen or cooked or tasted before - it's the beginning of an entirely new culinary adventure in our oceans," he said.

Alongside GreenWave, which trains farmers and provides seeds and equipment, a separate company takes responsibility for processing plants and market development for the ocean farms, promising to buy 80 percent of the produce at triple the market rate, selling the shellfish and kelp to local restaurants and other businesses.

SEAWEED ON THE GLOBAL MENU

According to a World Bank report last year, global food security could be strengthened by large-scale seaweed production for human and animal use. An increase to 500 million dry-weight tonnes a year by 2050 could boost the world's food supply by 10 percent, it said.

Growing seaweed in polluted waters can also soak up contaminants and later potentially be used to generate energy.

Regions such as the Caribbean could be fertile ground for the next phase of 3D ocean farming, creating jobs and eco-tourism opportunities, although this would require different species and the participation of scientists, policy makers and chefs, said Smith.

"We need to farm our way into a new economy and into a new revived ecology," he said. (Reporting by Sophie Hares; editing by Megan Rowling. Please credit the Thomson Reuters Foundation, the charitable arm of Thomson Reuters, that covers humanitarian news, climate change, resilience, women's rights, trafficking and property rights. Visit http://news.trust.org/climate)

The Thomson Reuters Foundation is reporting on resilience as part of its work on zilient.org, an online platform building a global network of people interested in resilience, in partnership with the Rockefeller Foundation.