North America's leaders are all smiles

This post essentially stands for itself. It's hard to build on such enthusiasm. I mean: "Looking like Tom Ford presents The Avengers."

But here's an attempt:

These are three of the most powerful leaders in the world. Every day a new stack of seemingly insurmountable problems awaits them: runaway climate change, turmoil in the Middle East, gang violence in Mexico, Brexit — it's never ending.

In the picture above, they're at the North American Leaders' Summit talking about these problems and making hard choices.

Yet here they, full of mirth, nearly floating down the hallway.

Why are they so happy?

Well, they're best friends, for one. Obama and Trudeau are so tight that the Canadian parliament literally cheered "Four More Years" when he finished his speech.

(They managed to sneak off to take this picture:) 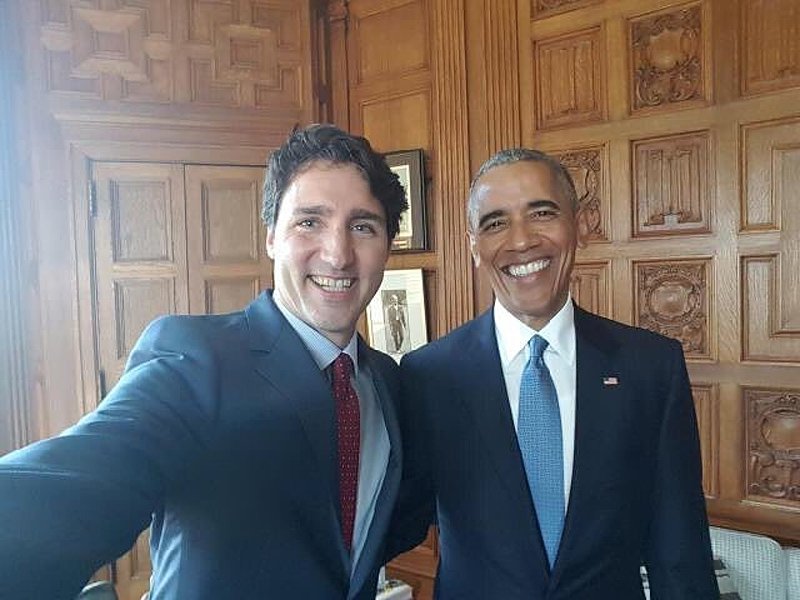 They all agreed that climate change is serious and can only be confronted collectively. So they agreed to do that.

Then they agreed that xenophobic rhetoric has no place in politics and that diversity should be celebrated.

And then they agreed that trade policies can only work if countries agree to enact fair policies across the board.

So there was a lot of agreement throughout the conference.

It helps that they're all super young -- Trudeau 44, Nieto 49, Obama 54. So they have all the same time-stamped cultural references.

But more importantly, they're leaders who look towards the future and envision something brighter than today. They see the challenges of today not as omens of doom, but as events to overcome on the way towards greater prospertity.

And it's this optimism that allowed them to, "[Look] like the Alternate Universe version of our Current Political Universe."