Obama has created more national monuments than any other president. 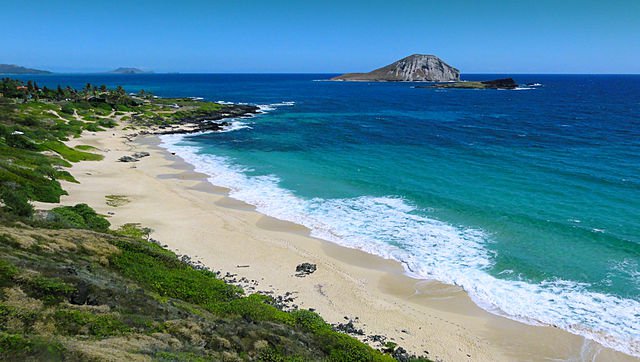 On Friday, President Barack Obama continued to act as a steward of the environment by protecting a huge swath of waters around Hawaii as a national monument — effectively creating the world’s largest marine sanctuary, nearly 600,000 square miles.

The Papahanaumokuakea Marine National Monument is home to more than 7,000 species, including whales and turtles listed on the Endangered Species Act, as well as coral reefs and various habitats.

Read More: It’s a Good Time to Be a Fish

Hawaii’s coral reefs are especially prone to coral bleaching which is when reefs lose their color and the ecosystems that live on them. The expanded designation of the monument could help researchers better understand how to deal with the problem.

Endangered species will be able to better recover their populations and potentially thrive. Drilling and commercial fishing will be strictly prohibited in the zone and all travel throughout the area will be more closely monitored.

Read More: 8 Things People Get Away With on International Waters

Globally, more attention has recently been given to the beleaguered state of the world’s oceans.

Historically, international waters have been relatively lawless. In the past several years, countries have recognized the huge tolls taken by climate change, overfishing, pollution, acidification, and other factors.

Alarmed by the rapid deterioration of underwater habitats, countries have created marine sanctuaries at faster rates and have agreed to better cooperate on monitoring international waterways.

Read More: A Tiny Island Is Showing the World How to Protect Our Oceans

Obama’s move fits both within a broader global pattern and his own arc as president.

During his more than seven years in office, Obama has created more national monuments than any other president in US history.

So in the face of an intransigent Congress, Obama has consistently acted alone to protect the environment.

Earlier this week, he protected 87,500 pristine acres in Maine from mining and drilling and other forms of degradation.

Obama has also actively tried to curb climate change through executive actions that call for a shift away from coal, improve the efficiency of cars, and invest in renewable energies. He has also spearheaded US participation in the historic Paris Climate Agreement.

His latest action in Hawaii shows that Obama has no plans to stop protecting the planet anytime soon.