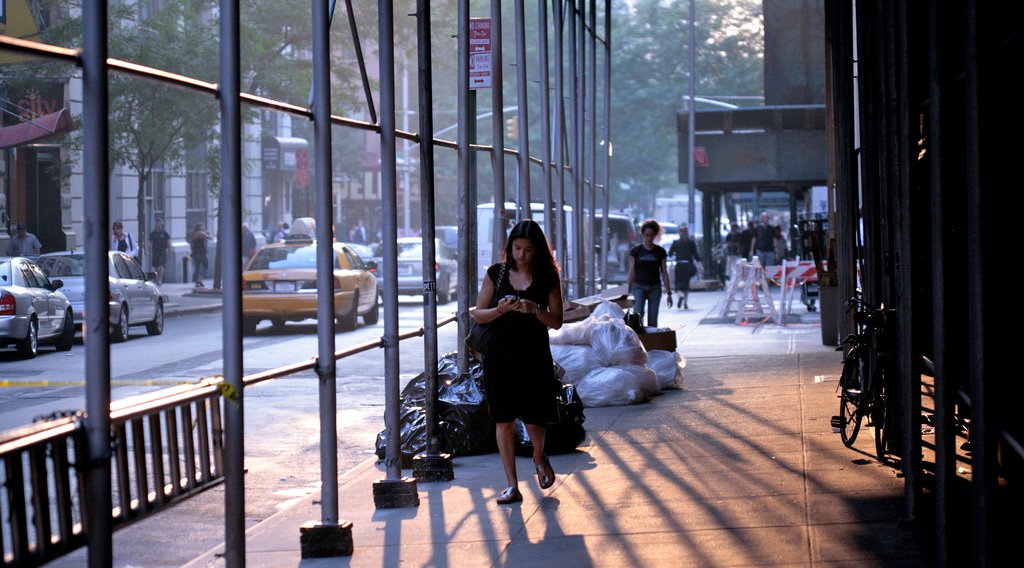 If I had a dollar for every time my day was made by a stranger commenting on my appearance as I walked by...I would have exactly zero dollars — and I’m not the only one.

On Sunday, women moved the discussion about street harassment to Twitter using the tag #NoWomanEver.

Inspired by one woman’s sarcastic tweet about being harassed, women have been recounting times that cat-calling and street harassment have led them to their true loves (total count to date: 0).

CJ (@ImJustCeej), who started the trend, says she was “...trying to lighten things up a little bit,” and that she hoped “the snark and sarcasm behind it would change the energy behind the timeline,” bringing new life to the discussion.

"He blocked me from walking to the register when I was ignoring him in CVS and we been together since that day!" -NO WOMAN EVER

The countless responses from other female Twitter users have exposed the pervasiveness of the problem, as well as the seriousness of the issue, with a darkly humorous twist.

"He screamed sexual profanities at me from a moving car as I was walking from the bars, and that's how I met your dad." said #nowomanever

I knew he was husband material when he tenderly pulled down his window and made a loud barking noise. #NoWomanEver

Shared experiences range from passing comments to full-on stalking, but perhaps more shocking than the stories themselves is how common they seem to be — stories of verbal, even physical, assault and intimidation in which women express feeling afraid and unsafe.

"Being screamed at from cars while I walk home has always made me feel safe, it's nice to know there are men that care" said #NoWomanEver

"He told me I was cute, I ignored him. He then called me an ugly cow as he followed me. At last, the man of my dreams found." #NoWomanEver

The storm of tweets have started a much-needed discussion, prompting some men to call others out on their behavior.

#NoWomanEver. This makes you realize how terrible some dudes can be to woman. Women foreal go through a lot that we as dudes arent aware of

My dudes, please read #NoWomanEver. Women talking about what they experience on a regular basis. It's not good and men are the problem.

There are still many social media commenters who believe women appreciate these “compliments.” However, the trending tag has managed to raise awareness around the issue of street harassment and has given many women an opportunity to use their voices to share their experiences, allowing them to react to the harassment in a way they may not have been able to at the time of the incident.

CJ sadly noted that "[her] mentions are still filled with people with men who don't understand that women have a right and reason to be afraid of the way that they're approached in public, and it might not be a good idea."

The versatile tag is now also being adapted to expand the conversation beyond street harassment and into equal pay and gender parity.

You are right, the pay gap us a myth. I freely choose to earn less money over my entire life...said #NoWomanEver

Hopefully #NoWomanEver continues to be a platform for discussion of overlooked issues that affect women. “There’s no work left to do. I don’t need or want to use my voice to speak up,” said #NoWomanEver.