If you’ve been inside a supermarket, you know what I’m talking about.

Sometimes I enjoy shopping in supermarkets. Sometimes the place is well-lit, the aisles are clean and orderly and the atmosphere is pleasant.

Other times, I can’t wait to get out. This happens when the store is badly lit, disorganized, crowded, saps me of all energy within minutes and I turn into a grocery monster—RAWR!

But beneath the immediate presentation of a store—whether good or bad—lies a hard-to-digest reality.

These warehouses of abundance and arbiters of nutrition are making the world obese—especially the world’s poor.

Instead of putting the health of people at the forefront, they too often prioritize unhealthy products with safe profit margins, imperiling millions of lives around the globe.

Developing countries, which have been inundated with bad food practices in the past few decades, contain more than 900 million obese people.

Obesity puts tremendous strain on healthcare systems by breeding a host of illnesses such as heart disease, diabetes, cancers and stroke.

In developing countries, the obesity epidemic is particularly cruel because many people in these areas suffer from malnutrition.

At the end of the day, supermarkets or convenience stores reflect the food trends that dominate a region.

When an area is shaped by the constraints of poverty, you’re likely to find inexpensive stores filled with junk food.

Owners of grocery stores are influenced by market forces just like anyone else. In other words, they want to turn a profit.

Processed foods heavy on additives and light on nutrients last longer on shelves and generally cost less than their natural alternatives. These qualities give store owners in economically deprived areas a kind of insurance. They know that they won’t lose money from products that go bad and they can even overstock when shipments come in (because shipments might be few and far between). They also know that poor consumers are more likely to buy products that are affordable--because they might not have money for much else.

This “bang for your buck” principle drives all sorts of bad food ideas from “dollar menus” to “buy 12 donuts get another 6 free.” It can be stemmed if governments provide subsidies for natural, healthful products and people achieve economic independence.

For the global poor living in rural areas, the ability to assemble a balanced diet likely depends on quality land and technologies that aren’t accessible.

To make matters worse, many impoverished areas have only a single grocery store in traveling distance. This means that a community’s choices might be entirely shaped by that store’s inventory.

If the store owner is incapable of obtaining a broad selection of items, or merely chooses to go with financially safe processed foods, then that is what the consumer is left with.

These “food deserts” are an increasingly common part of the developing world.

Eating is pleasurable. Bitter, salty, sweet, sour and umami: yum, yum, yum. Who wants to sit around at dinner cringing with every forkful just because it’s good for you?

Unfortunately, processed foods are designed precisely to exploit our taste buds by being overly sweet, salty or whatever. Also, humans are not rational agents when it comes to food; they are easily influenced to buy according to store design and and other triggers.

When artificial tastiness is combined with cheap prices, prime positioning in stores and heavy marketing, it’s easy to see how a person can fall into a rut of buying only processed foods. 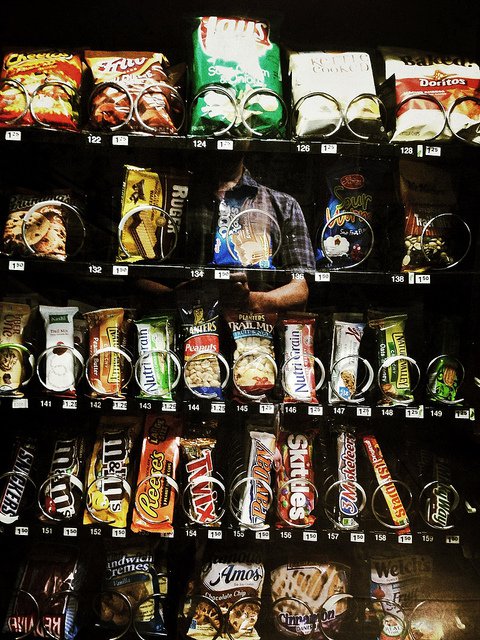 And habits are hard to break. People who enter a junk food phase might get stuck.

In Nicaragua, the government is having a hard time motivating people to return to organic, sustainable farming methods because they have become so used to chemically-intensive practices and eating cheap, processed food.

Grocery stores don’t have to lead a community down a path to junk food. In many cases, they provide an essential link to healthful, balanced diets and can save a person from hunger.

But for all the stores that become vectors of unhealthy habits, the world has to demand better.

A nutritious diet is critical to a person’s physical and mental wellbeing and malnutrition tends to lock in cyclical poverty.

If a child suffers from malnutrition in the womb or before the age of 2, the physical and mental damages can be irreversible.

Around 80% of the world’s hungry live in just 20 countries--meaning targeted aid can have a big impact.

In countries like the US, a third of all produced food is wasted. Hunger and poor nutrition should not be a problem in a world of such abundance.

TAKE ACTION NOW. Sign the petition calling on the US Congress to support the Global Food Security Act