If you think construction sounds loud, imagine when it’s amplified across oceans. 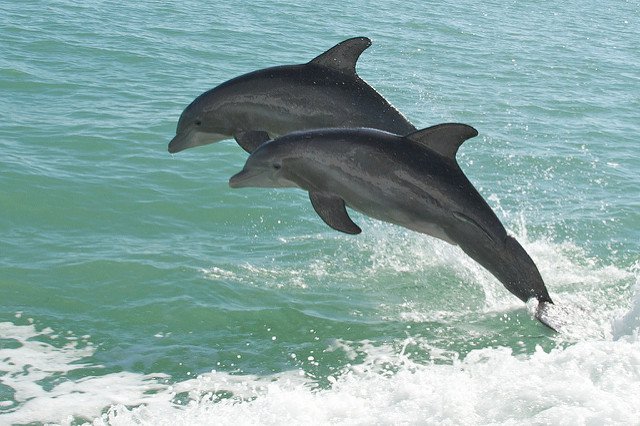 A roadmap to less noisy oceans is on the way! NOAA (The US National Oceanic and Atmospheric Administration) recently released a plan to reduce noise pollution in oceans over the next ten years.

Human life is increasingly becoming louder. Jackhammering into concrete as infrastructure expands, and endless other noises (often having a chicken v. egg effect on poverty), bombard daily life for millions.

As this TEDx Talk explains, aquatic animals have developed complex sonar systems. Dolphins can mimic the whistle of a trainer, and have much more complicated calls to locate young than other land mammals such as monkeys. As aquatic animals have grown in their abilities, human population has grown alongside -- and we’re a noisy bunch.

In the last 50 years, both research on noise pollution and levels of noise pollution due to human activities such as offshore oil drilling, increased overseas shipping (think large loud propellers,) sonar, etc., have polluted the oceans.

The good news -- this is one of few human-induced pollutions in the oceans that can be instantly ended.

Marine animals that rely on sound to communicate, avoid prey, migrate and locate food sources benefit immediately when noise pollution decreases. On the flip side, when new infrastructure and drilling expands, they get confused and distressed, and basic habits become difficult.

Much of the increase in noise pollution comes from the expansion of commercial shipping. Roaring across the seas, ships send refrigerated foods, tech products, clothing and other items between countries on a mass level. This takes a toll on communication between dolphins, whales, and all residents of the world’s oceans.

Outreach and collaboration between NOAA and other governmental, NGOs, military and the public is at the heart of the plan. Leading the way to what we can hope will be a comprehensive solution to protect creatures living life below water – Global Goal 14.

The US Navy, National Academy of Science, and Bureau of Ocean Energy Management have already begun to use quieter research vessels – adding one step in the effort to reduce noise, according to the New York Times.

NOAA even wants your comments to help improve and build on their draft plan. You can send all comments on the plan to Comment.ONS@noaa.gov. Check out the drafted plan here.