No 12-year-old should have to give up school

Meet Rabee’ - a 12 year old Syrian refugee forced out of the classroom and into the world of work. 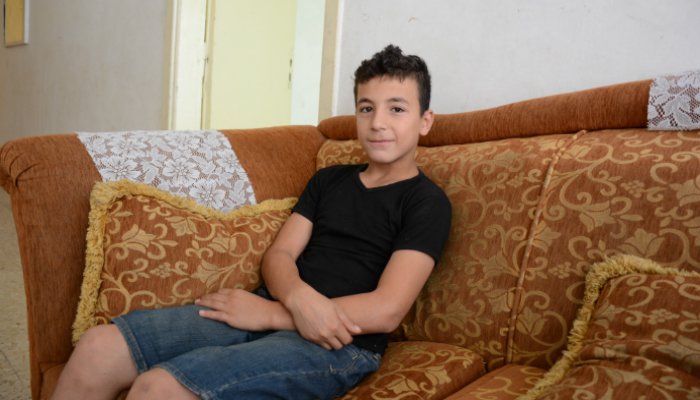 This is article was contributed by Mahmoud Shabeeb, Regional Communications Officer for the Syria Crisis, CARE International. CARE Jordan implements a cash-for-education program where Syrian refugee families receive a monthly payment for sending their children to school instead of working.

“I used to enjoy school very much in Syria,” says Rabee’. “My favorite subject was mathematics, all my marks were close to 100 percent.”

Rabee’, 12, missed a year of school when his family was displaced by the conflict in Syria, and he was forced to work in order to support his family. The family fled to Jordan in March 2013, but his father’s salary in a local roasterie was not enough to provide for his wife and five children.  Many families must make a choice between buying food, paying rent, or purchasing medicine.  Often unable to afford the essentials, they send their children to work.

“The year I missed school I was unhappy and depressed; I had no friends, I did not study, and work was tough,” Rabee’ says.

His mother, Kawther, 38, didn’t want to send Rabee’ to work, but she and his father, Mohammed, had little choice.

“We had to flee home because we had no source of income anymore,” she says. “My husband used to own two roasteries, one was destroyed in the war and he shut the other one down as there was no profit anymore.”

Kawthar suffers from several chronic diseases, including diabetes, high blood pressure, high cholesterol, and kidney stones, to name a few. “With my medicines, the house rent, and all our expenses, my husband’s income alone was not enough, so we had to make our son Rabee’ work to cover some of our expenditures.” Peering at her son from behind her burka, she describes the 12 year old’s efforts. “First he worked for a few months as a courier, moving people’s purchases from one place to another on a street cart. It was very tough for his age, so we had him sell things instead from a makeshift table in the street.” 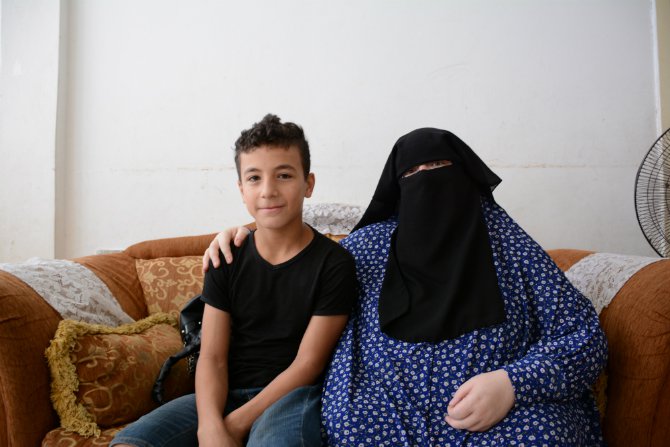 CARE Jordan’s report on refugees in urban areas highlighted a higher percentage of Syrian boys (38 percent) than girls (33 percent) were out-of-school. Boys are more likely to be withdrawn from school than girls in order to engage in employment, while adolescent girls are more likely to leave school when they are engaged to marry. Almost a fifth of adolescent boys (age 15-18) had dropped out of school to work.

In Jordan, non-Jordanians are not allowed to work without obtaining a working permit that is both expensive and difficult to acquire. This exposes refugees to different risks, such as exploitation and deprivation of basic rights, particularly receiving lower wages than their Jordanian peers.

Child refugees are increasingly at risk of falling into child labour, missing vital years of their education to help their families make ends meet. With the help of CARE, Rabee’ participated in a cash-for-education programme, providing Syrian refugee families with a monthly payment of $US 100 so that they can send their children to school instead of out to work.

No longer waking up to work on the street under grey skies and rain, Rabee' is now delighted to be back at school - despite the difficulty of waking up in the cold winter mornings and walking a long distance to get to class.

“The year and a half I spent in school after my year working were completely different; I made friends, and I’m studying. I am happy now,” says Rabee’.

“He made good friends. He has three best friends now, all are Jordanian. They visit us almost every day. We even met their families,” his mother emphasizes.

For the second year in a row, CARE has included Rabee’ in the expanded cash-for-education program. “He is excited for the second semester to start,” says Kawthar. “He goes to school one hour early to meet his friends and prepare for classes.” Kawthar holds hope for her family’s future.

Rabee’s wishes are not very different. “I wish to go to university and graduate as an architect,” says Rabee’. “I wish to return to Syria to the rest of our family and relatives, and to my cousins, we used to play together and we grew up together. I miss them.”