Before leaving for Europe, women are made to take part in black magic rituals, known as juju.

BENIN CITY, Nigeria, Sept 20 (Thomson Reuters Foundation) — Frustrated by a lack of convictions, Nigeria's anti-trafficking boss risked a radical, new tactic: she set aside forensics, visited a spiritual leader and took on the pervasive black magic she felt was trapping thousands of women in sex slavery.

Six months on and Julie Okah-Donli said she is finally making ground tackling the trade in people that enriches traffickers but traps thousands of Nigerians in sex work, danger and debt.

Take Action: No Human Should be Bought or Sold. Ask the UK to Give More Support to Victims of Modern Slavery

She said her visit to the local leader, who then summoned his black magic priests, has given women living under the fear of a curse the confidence to turn on captors and give evidence.

"I wanted him to gather the juju priests ... because he is someone who is well revered and whenever he speaks they listen," said the head of Nigeria's anti-trafficking agency (NATPIP).

"As soon as the news went viral on social media, we started getting lots of reports [of trafficking victims]."

Between 2014 and 2016, there was an almost 10-fold increase in the number of Nigerian women arriving in Italy by boat, with at least four in five forced into prostitution, according to data from the International Organization for Migration (IOM).

More than 11,000 Nigerian women and girls arrived in Europe in 2016 — thousands more tried but did not make it that far — lured by the promise of lucrative sex work.

But before leaving for Europe, the women are made to take part in black magic rituals, known as juju, which instill a fear of illness or death should they disobey their traffickers, fail to pay debts, or go to the police.

The United Nations says at least nine in every 10 Nigerian women trafficked in Europe come from Edo, a state of some 8 million people in southern Nigeria.

Hence Okah-Donli's decision to engage Oba Ewuare II, leader of the Edo people in the historic kingdom of Benin, in her crusade against the traffickers.

A week after her March visit, the Oba summoned the kingdom's juju priests to a ceremony at his palace and dismissed the curses they place on trafficking victims — and cast a fresh curse on anyone who aided illegal migration within his domain.

The effect was immediate.

"Girls were calling ... they were calling NAPTIP and giving us information ... We started getting reports of people that were in the business," Okah-Donli said.

Under Nigerian law, NAPTIP can arrest suspects, pursue prosecutions, search premises, seize and sell trafficking assets and place the proceeds in a fund for victims of the trade.

But with victims too scared to testify, securing convictions was difficult — at least before the Oba intervened.

"After the Oba's pronouncement, many victims have been coming to give information on their experience ... to say these are the people that played one role or the other in trafficking us," said Josiah Emerole, head of investigations at NAPTIP.

"I don't have numbers right now but I know that there has been a higher increase since then." 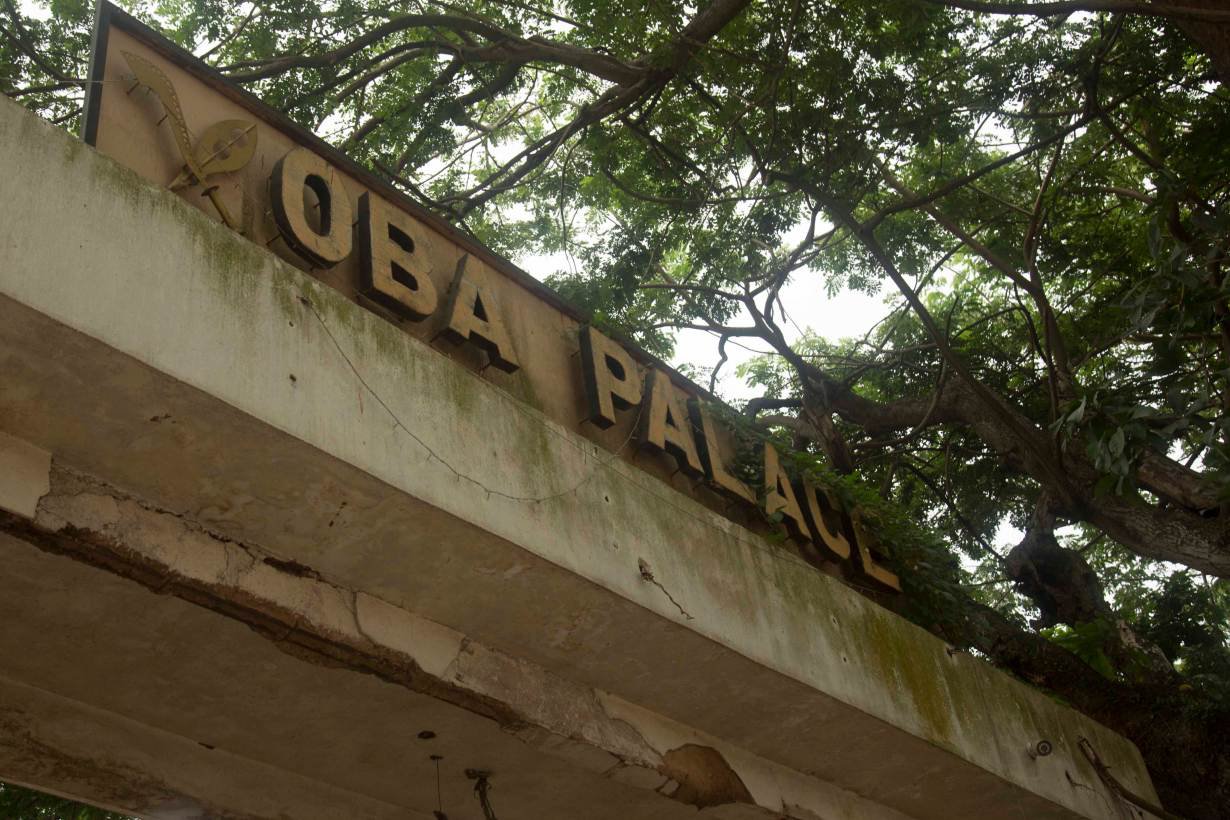 Florence testified against her trafficker before the curse was lifted and soon worried she had paid a high price.

"When I decided to testify, my mother was afraid ... A lot of people were afraid," said the 24-year-old, who returned to Nigeria in 2017 after five years of sex work in Russia.

When she began feeling unwell, months after testifying against the woman who forced her into sex work in Russia, her family worried she had been struck by black magic.

"They told me: 'Are you sure that is not what is happening?'" she told the Thomson Reuters Foundation in her hairdressing salon in Benin, capital city of Edo State.

Florence said she knows of sex workers in Europe who have walked out on their traffickers since the Oba's curse, refusing to pay their debts and setting up shop on their own instead.

A number of these women have uploaded videos to YouTube.

In one — seen by the Thomson Reuters Foundation — a woman in Austria who described herself as 'Joy from Edo State' thanked the Oba and tearfully narrated how she had left her trafficker, refusing to pay any more after living in debt for five years.

Florence said juju attacked her face when she was a sex worker in Russia but she returned home and testified anyway.

Her family's fears of retribution also proved unfounded and Florence soon discovered she was pregnant and got married.

"My husband encourages me to tell the story because he feels that many girls have been deceived. And thousands will still be deceived if somebody doesn't talk about it," she said. 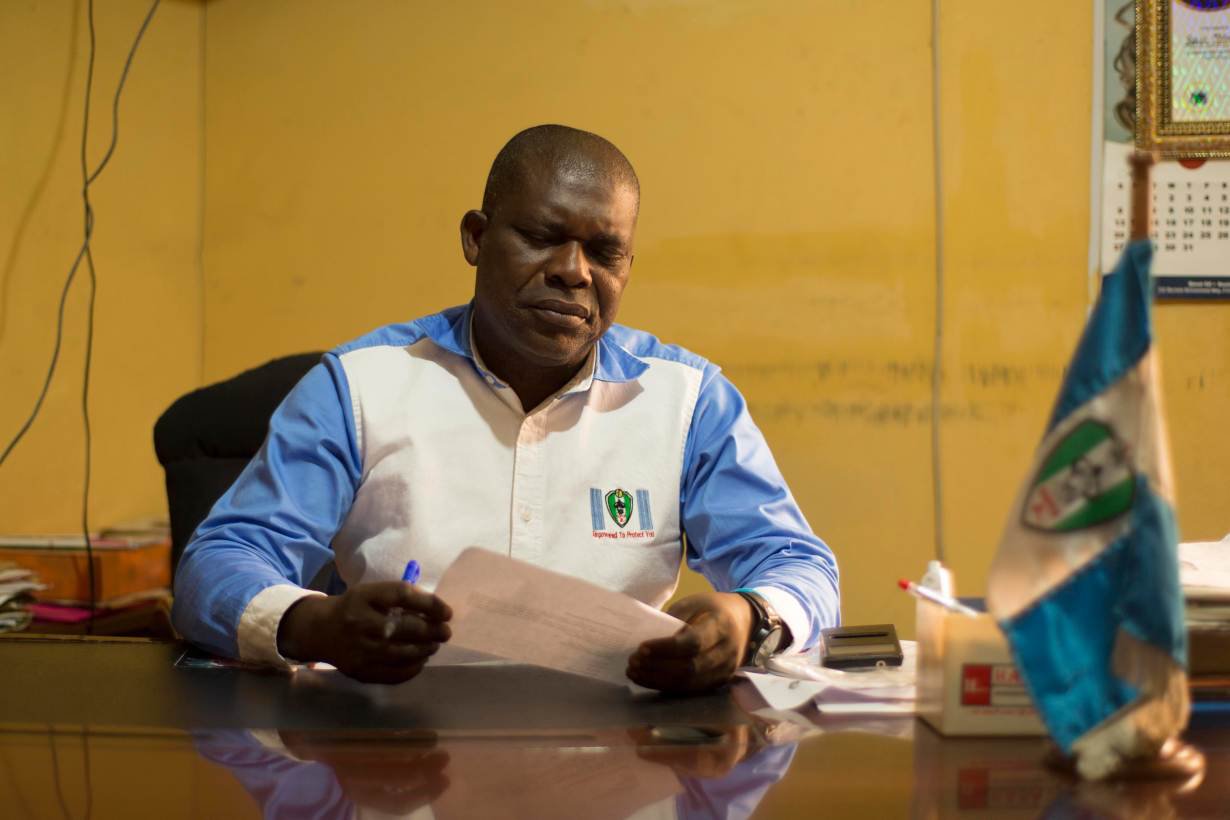 For the past five years, Yinka Omoregbe, head of the Edo government's task force on trafficking, has attended annual women's conferences to spread the word about the dangers of trafficking but said she always met with fierce resistance.

But things were different this year, according to Omoregbe, due to the Oba's surprise intervention.

"We had women asking us what to do, how to report, what to tell people they knew who were abroad. So we actually had them more as partners," said Omoregbe. "There is greater willingness of victims to talk and cooperate."

She feels that it is too early to celebrate, without solid data as backup. The team has about 34 investigations underway and about six in court.

"We will know the impact on behaviour when we see the data and see that fewer people are leaving for Europe," she said.

Experts said the fear of black magic was not the only factor stalling prosecutions.

Roland Nwoha, of anti-trafficking charity Idia Renaissance, said most traffickers were connected to their victims, either relatives or family friends, making it hard to testify.

Also when NAPTIP finds victims willing to testify, builds a case and finally takes it to court, the slowness of the criminal justice system presents its own set of obstacles.

"We've had a case that has been in court for over 10 years. So, with time, even the victims lose interest and those who wanted to give evidence lose interest," said Emerole of NAPTIP.