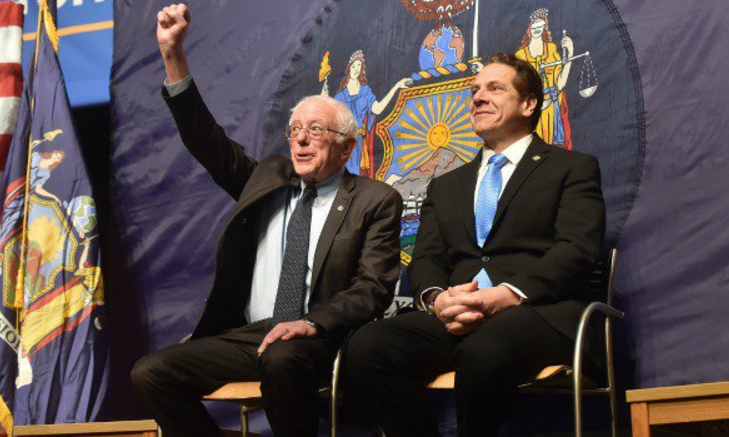 On Saturday, New York’s Senate passed a bill to make two- and four-year public colleges tuition-free for students in low- and middle-income families. This marks the first time public four-year universities in the US have gone tuition-free at a state level.

Take Action: Call Your Senators and Urge Them to Support the READ Act

“Today, college is what high school was – it should always be an option even if you can’t afford it,” Cuomo said in a statement. “With this program, every child will have the opportunity that education provides.”

Proud that our plan for affordable tuition would help great students like Wesley Joseph at @SUNY@MaritimeCollege pay for college. pic.twitter.com/J5rBReA7ly

The approved budget increases New York state’s Operating Funds by 2% ($98.1 billion), which includes a $163 million investment to fund the Excelsior Scholarship program and $8 million to increase access to e-books across the state.

The budget, "extends [the] tax rate on millionaires, preserving as much as $4.5 billion in annual revenue.”

These students are ineligible for the Excelsior Scholarship.

There are a few caveats. Students must earn 30 credits per year, which potentially excludes part-time students (15 credits per semester is full-time, though credits can be taken during the summer), and recipients must live and work in New York for the same number of years they receive the scholarship. Failure to do so will convert the funding into a student loan.

The scholarship only covers tuition. Other costs of attending college, like room and board, are still the student’s responsibility.

Undocumented students are ineligible to receive the scholarship.

Cuomo proposed the plan last January, which was supported by US Sen. Bernie Sanders (I-VT). Sanders’ 2016 presidential campaign brought the issues of universal college education and rising student debt to the national stage.

Americans owe more than $1.3 trillion dollars in student loan debt, according to Student Loan Hero. The average class of 2016 graduate owes more than $37,000.

While there are numerous debt-relief programs available to borrowers, New York’s plan goes straight to the source – the cost of education – and builds on Sanders’ platform by making college education more accessible and more affordable for low- and middle-income families.

Though Sanders’ national appeal fell short, his legacy continues, at least in the New York’s education system. Cuomo wants the Empire State to serve as an example from which other states can pass similar education bills:

“By making college at our world-class public universities tuition-free, we have established a national model for access to higher education, and achieved another New York first,” Cuomo said.

Clearly, education is being increasingly recognized as a public good and a universal right, and lawmakers are responding accordingly.