A new bill could be the next step toward zero waste by 2030. 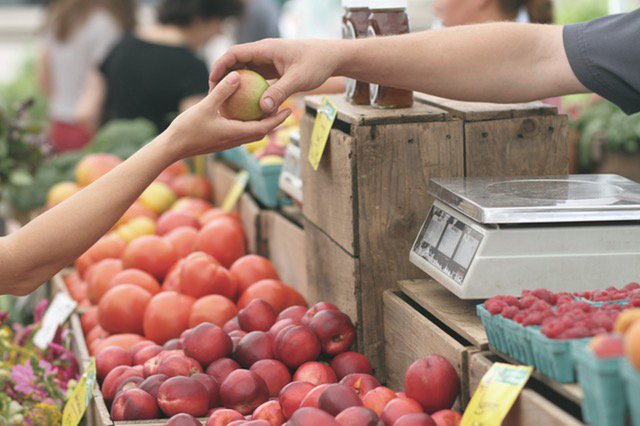 Can food leftovers eventually be used as fuel to power apartments, houses, and buildings?

New York state is trying to find out.

A bipartisan bill proposed by the state legislature this week would offer a tax incentive to small businesses like grocery stores, caterers, and restaurants to send food scraps to compost sites, where they can they be turned into energy to help power the state, according to WXXI News.

The proposal would help achieve New York City Mayor Bill de Blasio’s goal of sending zero waste to landfills by 2030. While the city has a long way to go before banana peels can fully power Manhattan, this bill and others like it are the first steps.

Take Action: Will you pledge to cut food waste?

What Is This New Legislation?

Many  companies with locations in the state – like Wegmans and Starbucks – already receive a tax break for donating their surplus food. Additionally, programs like Meal Connect already exist to help connect food companies with local food banks.

Read More: These Are the 10 Best Ways to Combat Climate Change, Experts Say

But this new proposal will help extend those benefits to smaller companies that are also major contributors to food waste. Catering companies, food brokers, family-owned restaurants, small grocery stores and larger food companies can receive up to $5,000 annually in tax breaks for the food they donate.

This is not New York’s first law aimed at consumer-facing businesses. Back in 2015, New York issued a rule mandating that large businesses must separate food waste from regular trash and recycling, and then compost it. That rule covers 350 companies, from hotel restaurants to Yankee Stadium to food wholesalers.

And on June 11, New York state approved a $5,000 tax credit to farmers who donate their excess produce to food pantries.

In addition to the newly proposed state legislation, New York City has also expanded its curbside collection of textiles and recyclables to more than 700,000 residents and hopes to install 100 megawatts of solar panels by 2025. Mayor de Blasio also issued a Food Waste Challenge to Restaurants to encourage restaurants to reduce their food waste by 50% in one year.

Nearly half of the food produced, processed, and transported in the United States ends up in the garbage. While food waste occurs along every stage of the production and distribution system, consumer-facing businesses like supermarkets and restaurants account for 40% of the country’s annual food waste, according to Feeding America.

That’s 50 billion pounds of edible food each year going to the landfill.

Why is this an issue? Food sent to landfills break down and releases methane gas into the atmosphere, contributing to climate change.

How Does This Reduce Food Waste?

If all companies send food waste to food banks or compost sites, no organic material will go to landfills, which means that there will be a reduction in methane emissions.

This bill could help New York City achieve its zero-waste goal by incentivizing companies to recycle all organic waste. While big companies already have the resources to either compost food waste themselves or ship it elsewhere, small companies may have struggled with the costs. But this new tax credit could help change that.

At compost sites, anaerobic digesters capture the methane gas released by decomposing food and then burn it to produce energy. And that is how banana peels can someday power an apartment.

Read More: 13 of the Best Ugly Fruits & Vegetables That Are Still Perfectly Good

While it is unclear whether this bill will pass the state legislature, a similar bill offering tax credits to farmers did pass earlier this month.

With each company’s participation in the 2030 goal toward zero waste, the people of New York can lead the way toward more sustainable states and cities — and, maybe, could someday light up Times Square.