Ready to Run is an incubator for female candidates — and it gets results. 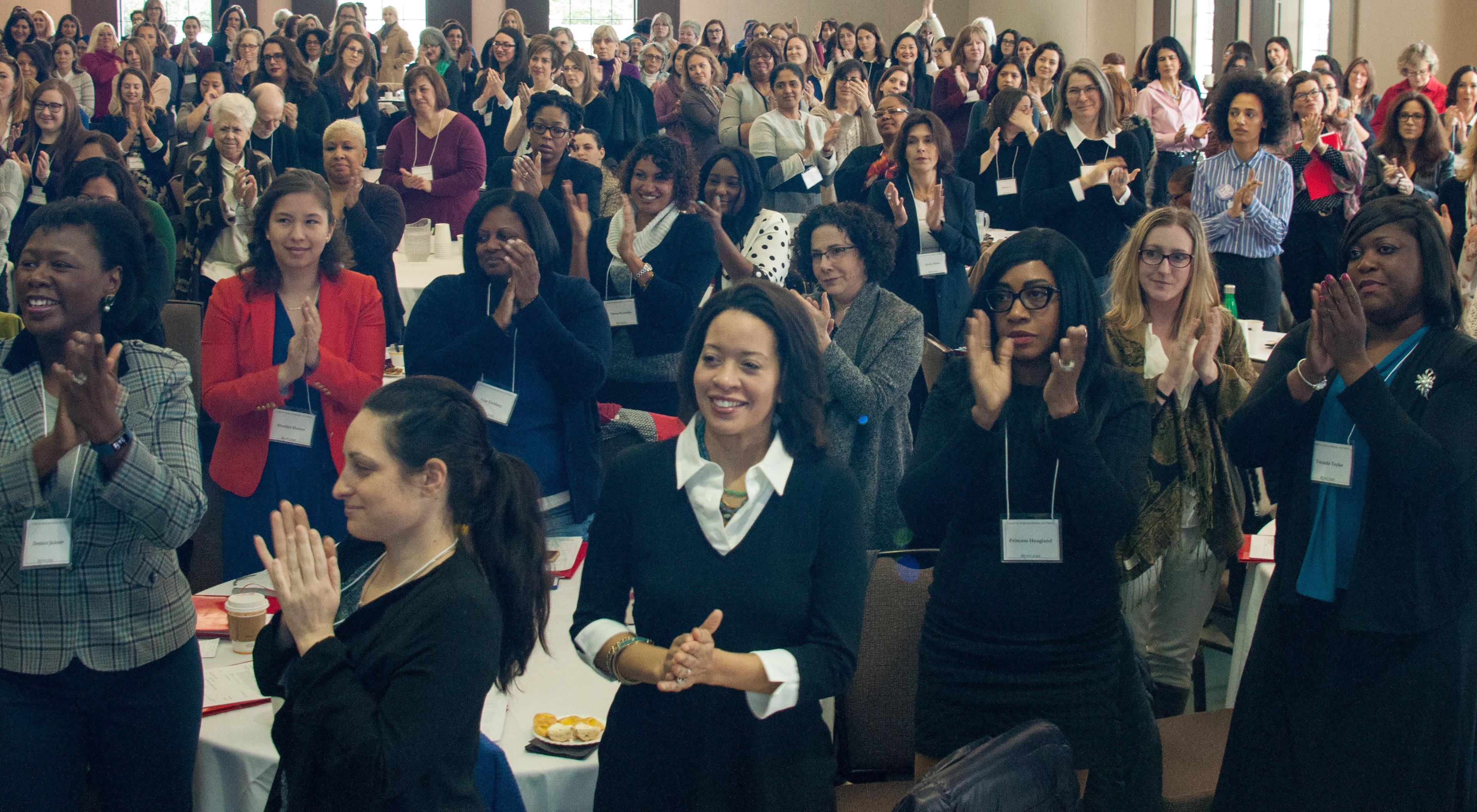 Global Citizen’s new series, “Who Run The Gov? Girls!”will chronicle the massive uptick in women running for office, regardless of political party, in the US and around the world, highlighting the candidates and the groups helping them to run, the challenges they face, advice & tips for running, and the results.

What makes a political candidate ready to run?

It starts with a strategy: knowing the district, the voters, and the competition, but also how to assemble advisors, along with media and website and social strategy, a stump speech, and some knowledge of how to navigate one’s own political party and the rules, written and unwritten, of running.

In all, it takes an awful lot to run for office, which is why Rutgers University in New Jersey starts training candidates early. They want more people to run, and specifically, they want more women to run in order to bring the percent of elected female officials closer to a 50/50 split that mirrors the nation’s population.

That’s why, nearly two decades ago, the Center for American Women and Politics (CAWP) at Rutgers designed the Ready to Run program.

Read More: Each Time a Woman Runs for Office, This Is What She’s Up Against

“Ready to Run was created to do two things: put a spotlight on the issue of how few women are running and also be a practical intervention,” Jean Sinzdak, the associate director of CAWP, at Rutger’s Eagleton Institute of Politics, told Global Citizen.

“Research has shown that women want more resources because they’re not traditionally invited or asked to run for office at same rates,” she said. “So we offer the nuts and bolts.”

Ready to Run was developed 18 years ago after New Jersey landed at the bottom of a list of states with female representation, Sinzdak said.

In the years since it launched, the state has seen a “meteoric” rise up that list, Sinzdak said, reaching as high as tenth in the nation for the number of female office-holders. It  currently sits at 14th in the nation with about 30% of offices held by women. (The highest, Nevada, has just under 40% of its state-level seats occupied by women.)

Every year in March, Ready to Run holds a two-day training course at Rutgers, the state university. The women who sign up are able to choose from one of two tracks: ready to run, or not-quite ready to run. The day consists of workshops and lectures that include how-to instructions on running for office and fundraising, advice from successful female politicians and experts, advice on marketing oneself in ways that might appeal to voters, and ideas for a campaign launch.

At the beginning, the women are asked whether they are ready, whether they know what race they want to enter and what position they want. By the end, Sinzdak said, nearly all of the women know the answers to those questions, even if they started out in the not-yet-ready track.

And though Ready to Run has expanded to other states including Louisiana, New Mexico, Iowa, and Arkansas, the workshops are kept very specific to the locales in which they’re held, with experts offering advice on how to negotiate the party systems unique to each state.

The group has trained some of the state’s most successful state legislators and dozens of local elected officials, and each year gets 150 to 200 women who attend its training program in March. But this year, that number has skyrocketed.

“This year we had to close registration at 270, and there wasn’t more space or time to move it. We had to scramble to find more space and we had people on a waiting list,” Sinzdak said.

Ready to Run’s sudden spike in popularity isn’t isolated; following the election of Donald Trump in November, 2016, groups that train women to run for office have seen an unprecedented jump in interest from women across the political spectrum and demographics who want to throw their hat into upcoming electoral races. Emily’s List, a Democratic group that recruits, trains, and finances candidates, has had more than 12,000 women reach out for help since the election. 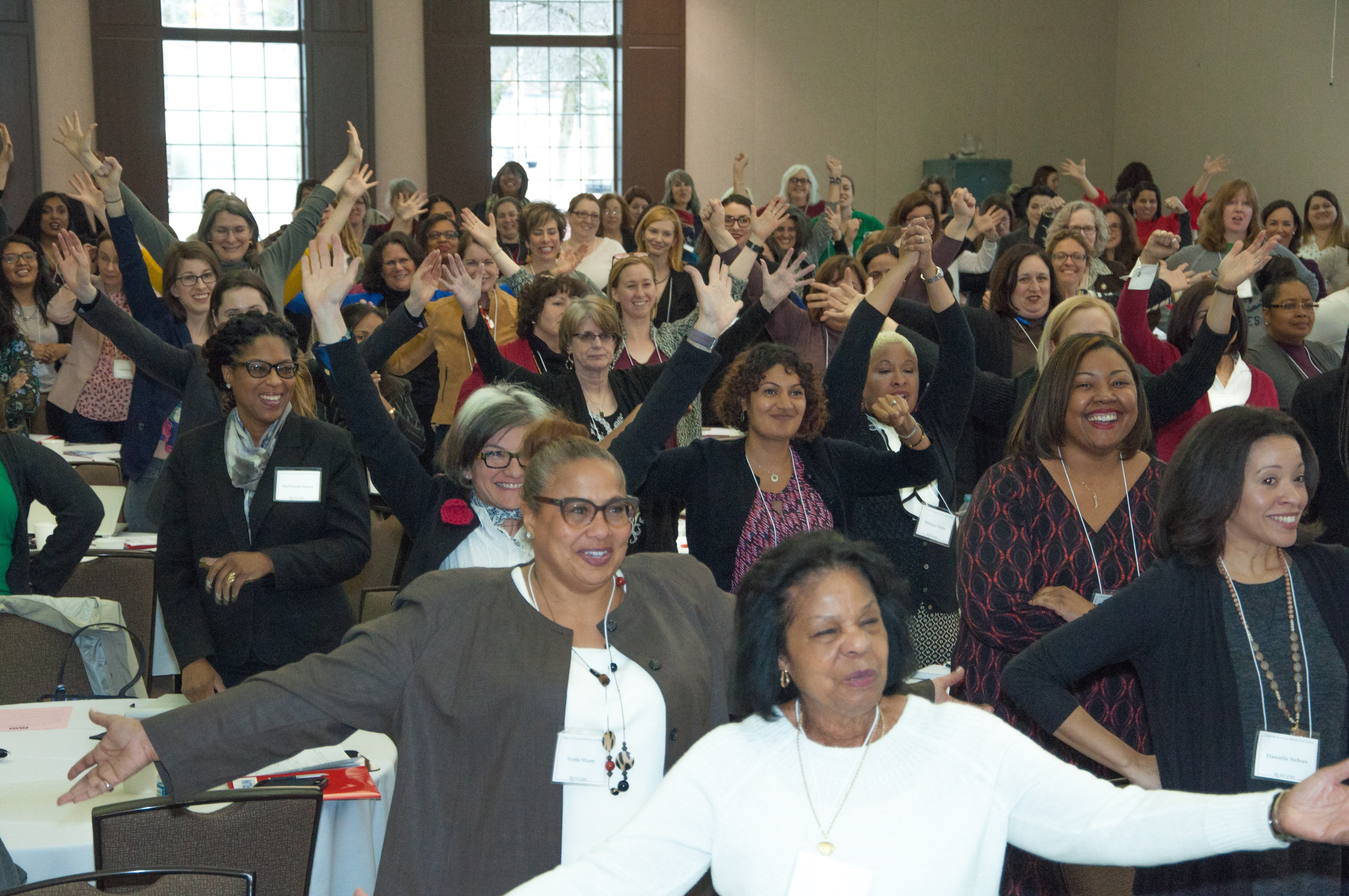 “The mood and the feeling is a lot more, ‘I’m going to challenge my party on this because they’re not doing it’ and ‘I’m not going to wait my turn,’” Sinzdak said.

“But this is the million dollar question,” Sinzdak continued. “Will here be a lot more women running and will that translate to more women in office?”

The data, she hopes, is on their side. When women run for office they win at the same rate as men. The challenge has been that there have not been enough open seats and enough women running to break through, she said.

“The energy and interest are unlike anything we’ve seen before. Around the country, we’ve never seen so many people engaged and paying attention,” she said.

In New Jersey, women from all over the state and all ages and backgrounds have show interest. They are mostly between  30 and 50 years old, with a “good number of younger women” and mostly lean Democratic, though the organization is strictly nonpartisan, Sinzdak said.

The majority of new candidates express interest in starting local, running for school board or city council, and potentially a county seat or a state legislative seat. One goal of the program, Sinzdak said, is to help get women into down-ballot offices so that when higher positions become availability, they feel qualified and ready to run for them.

“It’s hard to run against an incumbent. We don’t get as many people running for legislature because there are not as many open seats, but when the seats open up, there are women who are poised to jump in,” she said.

In 2007, the state saw a wave of resignations from the legislature after a corruption scandal, along with retirements and deaths, that resulted in more open races than a typical year. That year, she said, “there were women waiting in the wings.”

New Jersey has state-level elections this year, making it one of two states — the other is Virginia — that will hold major elections following the last national presidential election. Both states are being watched closely by national political parties for emerging trends in voter behavior, and will be watched by people like Sinzdak for any evidence that more women are running for and winning office.

In 2018, as Senate and Congressional seats become up for grabs in the midterm elections — the time between major presidential elections — all eyes will be on races that could serve as a referendum for how Americans view the current state of politics. If thousands of women enter races across the country, it could be a major step toward equal representation in US politics.

Read More: This Art Exhibit Is Raising Money So More Women Can Run for Office

On the other hand, this could be merely the beginning of a long march toward equality, Sinzdak said.

As Debbie Walsh, the director of CAWP, said, the current crop of enthusiastic new recruits needs to remember that the push to get equal representation in politics is “a marathon, not a sprint.”

“It’s very easy to get caught up in the moment, but when it comes to politics, you have to take the long view in a lot of ways. In terms of strategy, a ton of people may be ready to run this year, even though the seat they want isn’t up yet,” Sinzdak said.

“But then this is a different thing altogether,” she added, “and I’m curious to see whether this energy sustains itself.”

TopicsElectionsWomen in PoliticsWho Run The Gov? Girls!
Brought to you by