“An Equal Start in Life”: Why New Jersey parents are putting their babies in boxes.

On Jan. 26, New Jersey’s Child Fatality and Near Fatality Review Board announced that they are partnering with the LA-based company, Baby Box, to provide a large cardboard box stuffed with essential items in hopes of reducing infant mortality rate from the current 6.5 infant deaths per 1,000 births.

Every expecting mother in #NewJersey can get this FREE #BabyBox starting Thursday, January 26th through the... https://t.co/qXpPDfOaTe

With assistance from a grant from the US Centers for Disease Control, the boxes are being given out to every parent who registers online. In exchange for a free box, parents must complete a quiz and read online materials developed locally with the help of health experts and authorities on newborn care. The Baby Box Co. sells the baby box for anywhere between $70 and $225, and the state is anticipated to deliver around 105,000 baby boxes in 2017.

Boxes will include diapers, baby wipes, breast pads, nipple cream and a onesie. Baby Box Co. will also provide parents with activity cards designed to boost early learning. The cards, which explain the importance of breastfeeding, singing and telling stories, were developed by the app, Vroom — brainchild of the Bezos Family Foundation.

I've read a bit about baby boxes and it seems like a great concept. Now it's coming to NJ! @thebabyboxcohttps://t.co/f2xHNKLwjv

New Jersey is not the first to start baby boxes. The adorable packages originated in Finland over 75 years ago, a country that now boasts one of the lowest infant mortality rates in the world at 1.3 deaths per 1,000 births.

The Finnish government developed the program to decrease its high infant mortality rate, which was at 65 deaths per 1,000 births in 1938. Initially, the state began to give every low-income mother maternity packages filled with fabric to sew baby clothes, blankets and cloth diapers. If that didn’t cross off enough items from the baby registry, the box itself is alsos designed to double as a crib for the baby’s first couple weeks of life.

Today, every Finnish mother has the choice between taking the box or cashing a grant set at $150 (140 euros). Mothers overwhelmingly opt for the box at 95%, with its supply of diapers, wipes, breast pads, nipple cream, and an exciting assortment of cute snow gear. Altogether, there are 50 different items in the box, which are updated yearly in response to feedback from clients. 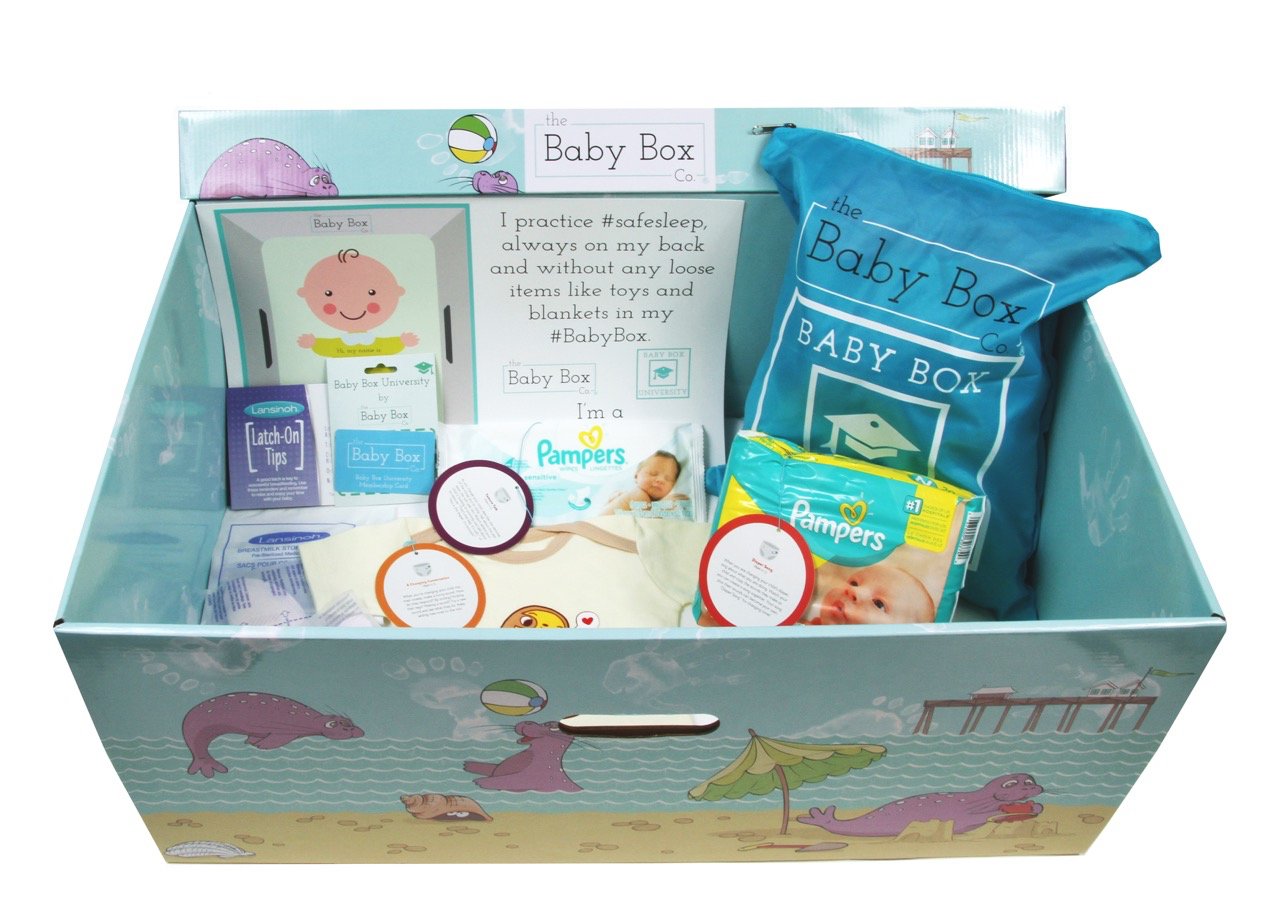 Providing small mittens and tiny socks, however, isn’t the the only incentive. The box also nudges parents into starting off on the right foot. Before their fourth month, parents must visit doctors or municipal prenatal clinics in order to receive the package — a rite of passage towards parenthood that works.

By the end of March, all of Canada, some healthcare trusts in the UK, and a few hospitals in Ireland will be following Finland’s footsteps. Some have already caught on — including Temple University Hospital in Philadelphia which gave away 3,000 baby boxes last year.

“What the box symbolizes is that every child is equal and deserves an equal start in life,” Olga Tarasalainen, spokeswoman for Kela, the Social Insurance Institution of Finland, told the Independent.

According to the National Vitals Statistic System, the US ranks 23rd in the world for infant mortality. These cardboard boxes may not be the answer to the US’s high infant mortality rate but they are definitely a step in the right direction.