This New Drug Could Stop the No. 1 Cause of Childbirth Death 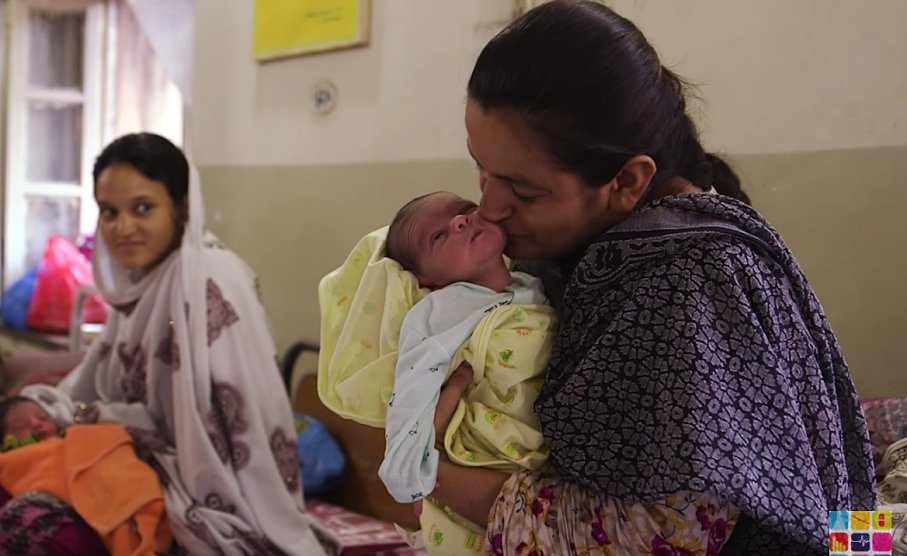 A new drug currently used to stop bleeding in combat and car crashes is being explored as a solution to save mothers’ lives during childbirth.

Each year, uncontrollable bleeding after childbirth — known as postpartum hemorrhage — takes the live of more than 100,000 women in poor and middle-income countries, according to the World Health Organization. It is the leading cause of maternal death today.

Tranexamic acid, a long-overlooked drug created in the 1950s, could finally be the answer to saving mothers’ lives.

The drug has saved thousands of wounded soldiers and car crash victims, quickly stopping bleeding by keeping naturally formed blood clots intact. The medicine is inexpensive to make and has been reportedly safe to use.

Its inventor, Japanese medical doctor and scientist Utako Okamoto, originally hoped it would be used to prevent childbirth hemorrhages but local obstetricians declined to arrange a clinical trial.

“It was Okamoto’s dream to save women,” said Haleema Shakur, the principal investigator of the clinical trials that concluded the drug was an effective treatment for postpartum hemorrhage. “But she couldn’t convince doctors to test the drugs on postpartum hemorrhaging.”

She would not live to see the completion of the study.

The massive international trial known as Woman (World Maternal Antifibrinolytic) was led by Shakur and other doctors at the London School of Hygiene and Tropical Medicine.

The study involved over 20,000 women from 21 different countries and found that the likelihood of death dropped by 31% if a mother was treated within three hours after  postpartum bleeding began.

Shakur explained to Humanosphere, a non-profit news organization, that all previous research had mainly focused on treating the cause of bleeding, and not on the treatment to help a woman during a childbirth complication like this.

“It really is important that we focus also on what’s happening in the blood of the woman when she’s bleeding,” she said. “Because if we can form a stable clot, then we can buy time to do other things and save women’s lives.”

Those at most risk of death during childbirth are adolescent girls under the age of 15 and women in developing countries, according to the WHO.

“Women die very quickly from this (postpartum hemorrhage), especially in Africa, because they are so profoundly anemic,” Dr. Ian Roberts, one of the study’s lead authors, told the New York Times. “Half the women giving birth there start off with roughly half the red blood cells they should have. If you or I had hemoglobin counts that low, we’d be breathless.”

Oftentimes, emergency hysterectomies are performed to save their lives — many times, at the woman’s expense of never being able to bear another child again.

The procedure itself has been reported to create several complications, including bladder and ureteral injuries, blood clots, and the possibility of a second operation, according to Empowher. Women who have emergency hysterectomies after childbirth are 25 times more likely to die than those who don’t.

The researchers believe that if tranexamic acid becomes widely available in delivery rooms, the frequency of such operations would decrease, saving the lives of more mothers.

The question remains: how do we ensure that the drug becomes available to those women who need it most, and where maternal mortality rates are the highest. And that means making the drug affordable.

In Pakistan, for example, one dose would cost less than a dollar.

“In a poor country, 50 pence or a dollar is still a lot of money,” Shakur said. “But if it means saving the life of a mother, or preventing surgery or the use of blood, for example, then it’s very cost-effective.”

This will be the next solution for medical professionals and healthcare officials to answer.