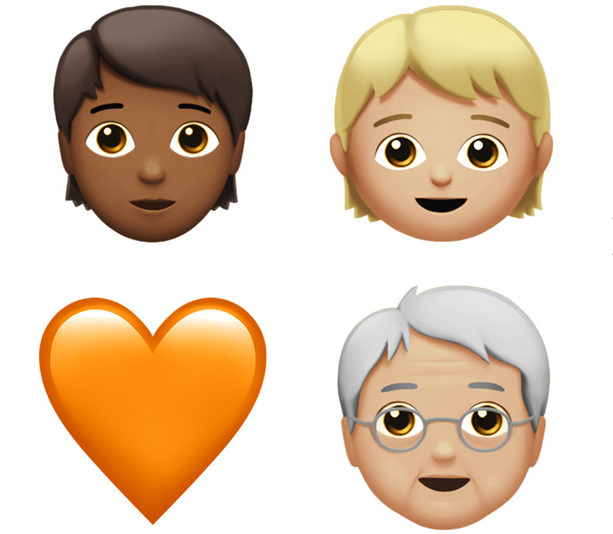 There’s no denying it — emojis are changing the way we interact in our digital world. These tiny icons have the potential to communicate across borders in a way that words just can’t.

On Friday, Apple announced the release of 56 brand new emojis, and there are several additions to get excited about.

And with these new releases, the universal emoji language is becoming ever more open-minded and inclusive.

Take action: Tweet to Say That When it Comes to Gender Equality, #WeSeeEqual

First up, there are finally going to be specifically gender-neutral characters — a child, an adult, and an elderly person — and they will all be available in multiple skin tones.

I CANT BELIEVE WE GET GENDER-NEUTRAL EMOJIS!!!!! WTF YOU GUYS THE FUTURE IS NOW

There’s also going to be a male fairy, an orange heart — meaning you can now create a full rainbow of hearts (as long as you don’t distinguish between indigo and violet) — and a person with a beard.

In a nod to sign language, Apple is also including a hand sign to replicate the way to say “I love you” in American Sign Language.

These will join the other high-profile emojis announced on World Emoji Day in July this year, like a woman breastfeeding, and a woman wearing a headscarf.

apple are bringing out new gender neutral emojis. 2017 is amazing.

Muslim teenager Rayouf Alhumedhi led the campaign for the headscarf emoji, after realising she didn’t recognise herself in any available emojis. To her and those who supported her campaign, having an emoji don a headscarf was a way to feel represented in digital communication.

The new additions are the latest step in a drive to create an emoji keyboard that represents everyone. We’ve already seen greater representation for women and ethnic minorities, as well as different skin and hair tones.

But there are still changes to be made.

An emoji with red hair, for example, and a bald emoji are still yet to be introduced, but they are expected to get their moment in the spotlight next year. Afro, curly, and grey hair are also said to be planned for 2018.

The new emojis will be coming to iPhone and iPad with iOS 11.1, along with updates for some of the more familiar ones. 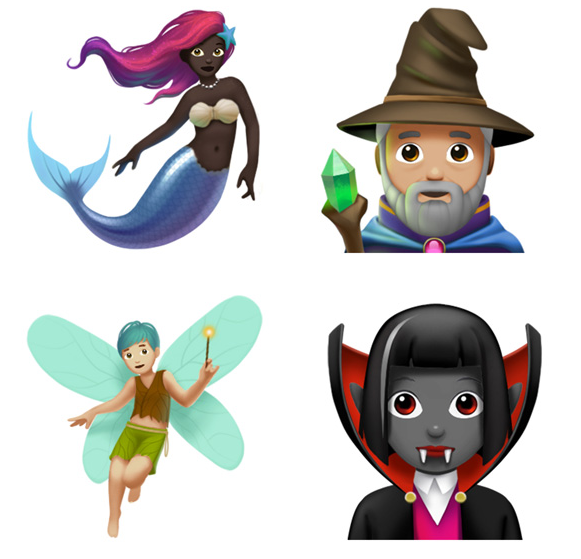 Other new emojis to keep your eyes peeled for include mythical creatures, including a mermaid and an elf, winter clothing items, a fortune cookie, a take-away carton complete with chopsticks, and a “Shhh” face.

Read more: Why Google Is Challenging Gender Stereotypes in Emojis

They will be available from October 9 in the beta version of iOS 11.1, and will launch to the general public when the software becomes available, according to the Telegraph, which is expected to be at the end of the month or the beginning on November.

Global Citizen campaigns to achieve the Global Goals, including Goal No. 10 — reduced inequalities. You can join us by taking action here.

If you want to make a case for a new emoji, here’s how you can kick-start the process courtesy of the Unicode Consortium — the nonprofit responsible for reviewing and developing new emojis.

- To “sponsor” a new emoji character, you have to put together a detailed written proposal, and submit it to the Unicode Consortium.

- It will first be evaluated by technical officers at Unicode.

- After the initial screening, it will pass on to be reviewed by the Unicode Technical Committee.

- Sponsors’ proposals may have to be edited multiple times before the character can be encoded, in a process that can take two years or more. You can find a weirdly fascinating list of emojis under review here.

- Once the Unicode Consortium has encoded an emoji character, it is up to “platform vendors” like Apple, Google, and Microsoft to design their own interpretation of the character based on Unicode’s brief.

- After the character has been encoded, it was take up to a year for it to be released on phones.