A place where — despite the location — refugees are not treated as criminals.

Housed in the walls of a former prison, a new creative centre in Amsterdam is helping refugees turn the city into a home. As a result of declining crime rates  19 Dutch prisons closed in less than five years, leaving thousands of cells empty.  When 50,000 asylum seekers arrived in the Netherlands in 2015 in need of shelter, the Central Agency for the Reception of Asylum Seekers found an innovative solution. Now, empty prisons across the Netherlands are being repurposed as homes for refugees.

These are not sinister detention centres, as refugees are free to come and go as they please. And in Amsterdam, one former prison doubles as a shelter and a cultural hub where the city’s creatives and entrepreneurs mingle and collaborate with refugees. Covering 9,000 square metres, Lola Lik is a workspace dedicated to creative professionals, social enterprises, craftspeople and the local refugee community.

Its playful name combines the local slang word for prison “lik” and the idea of a “lick of paint,” inviting everyone to bring their own creativity and add their own “lik” to the space.

A powerful statement on Lola Lik’s website sums up its mission: “By pioneering with a cultural hub next to the refugee centre in a time of fear and division, Amsterdam offers a space for inspiration and connection… Lola Lik is a creative incubator for new and old Amsterdammers.”

Only open since 20 Jan 2017, the centre has a wide range of activities in the pipeline. Solar World Cinema, which has toured the world screening films in refugee camps in South America and Western Sahara, will run a cinema night every week.

“Films are tools for a social change”, says Maartje Piersma, one of the founders of Solar World Cinema. “Watching film with people from another background will change the space around you and the connection you have to the people whom you [are] watching with.” 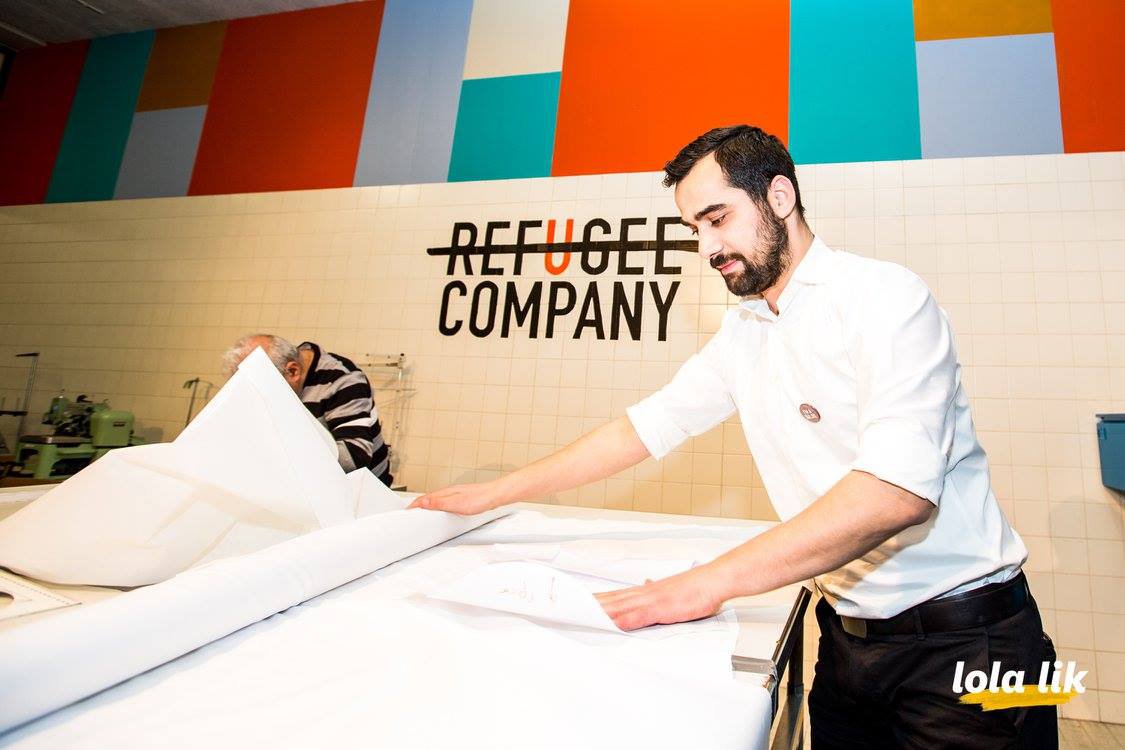 Refugee Company, an organisation seeking to empower refugees through work, will help asylum seekers in the shelter develop new skills and build existing ones. Led by Syrian entrepreneur Jay Asad,  who ran his own hospitality business in Damascus, Startup Kitchen will help fellow food entrepreneurs set up their own business. And the Favela Painting Foundation is giving the prison a literal “lick of paint,” creating a colourful mural to celebrate the building's new purpose.

Read More: This is What Happens When  You Become a Refugee

Despite its location, Lola Lik offers a bright and hopeful vision — refusing to treat refugees as criminals, and instead, welcoming them into a vibrant community as fellow creative citizens.