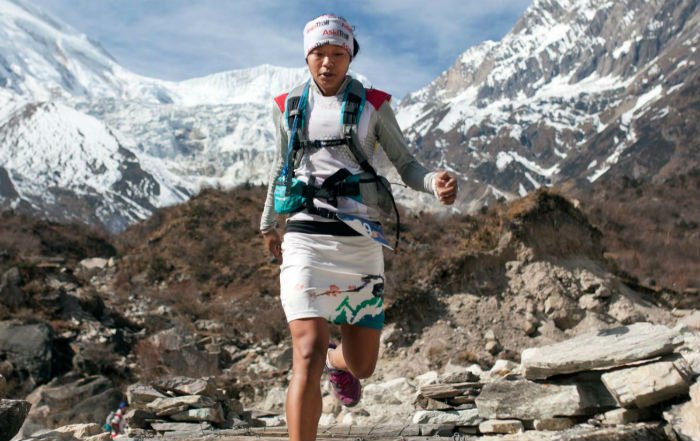 This story was contributed in support of Impact Marathon Series.

Possibly the most powerful story in the running community today is that of Nepali ultra-marathon runner Mira Rai. For those who aren’t crazy, an ultra-marathon or ‘ultra’ is extreme long distance running over and above the already brutal marathon distance. It’s not unheard of for races to span multiple days and hundreds of kilometres across unforgiving terrain. From a rural upbringing, to a child soldier in the Maoist army, she now lights up distance running events around the world and recently saw her story told in a wonderful documentary.

Much of her recent success can be attributed to British runner living in Kathmandu, and Race Director for the Nepal International Marathon, Richard Bull. He answered all our questions about Mira below.

For those who don’t know Mira’s story - can you give us a snapshot?

Essentially it is a story of someone who had a wealth talent but no opportunity to exploit it. She was a young woman living in the mid-hills of Nepal where there are very few opportunities in life beyond subsistence farming. Her grandmother once told her, when she was very young, that her life would be hard as a women, and hold a lot of suffering. Maybe due to this, Mira was searching for something better. 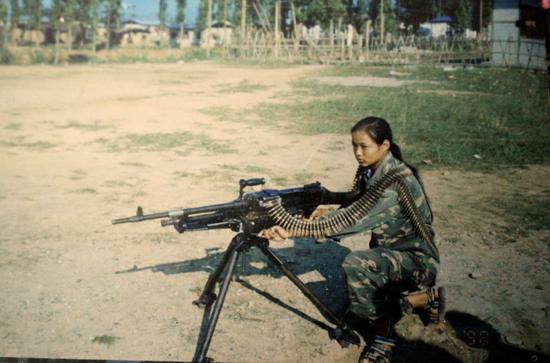 She joined the Maoist army at around 14 years until the peace accord two years later meant the army was dissolved and she returned home. From the army, she developed a love of competitive sports, and got fit. After years pursuing agriculture studies, trying to make ends meet, and trying to keep playing sports, she took a decision to not to go to Malaysia to work. Instead, she came to Kathmandu to compete in track and road races.

To keep the story short, (and you can check out the full documentary for more) she accidentally happened on a tough 50km endurance race in the hills around Kathmandu, and turned out to be pretty good at it. With some support and guidance, some second hand running clothes and a small salary, she started trail running. The trajectory points upwards from there - she won races in Italy, then Hong Kong, becoming Asia Skyrunning Champion. One year after her first international race, she placed 2nd in the Skyrunning World Series.

Here’s another great intro to Mira.

Tell us, what was Mira’s early life and upbringing like?

I’ve been to her house. It’s a super simple place made with bamboo, mud and a grass thatch. The kitchen has an open fire for cooking and you sit on the floor. Her family farm the surrounding land. It’s hard work. Water is collected from maybe 20 minutes down the hill. There’s no electricity, just solar lighting. It’s simple. The vegetables there are as tasty as I have ever eaten. So Mira roamed this area collecting grass for the animals, collecting water, and walking the 40 or so minutes to school, climbing trees and playing with friends. As she got older, she had to drop out of school to trade rice with her mother, walking a dawn-til-dusk day to the roadhead market, and a longer day with a 30kg bag of rice on her back. It was very hard, Mira says, very physical. But at the same time, Mira had a lot of fun there. She deeply loves her home place and misses it when in the city.

How you came to know and work with Mira?

My friend Roger believed Nepali runners had evident world class potential in trail running, but not much would come of it until there was a series of races for runners to train for, and gain experience from. So with help from friends I started to set up races. I teamed up with the Himalayan Outdoor Festival to hold the 50km race that Mira ran in. It was a tough race. Many people dropped out. I met her at the finish and she was looking fairly fresh and delighted to win. It makes sense now after knowing about her lack of success with track and road running. She won $100 and some Salomon running shoes.

I found out who she was and wanted to meet her. I thought she must have been in the army or police sports teams, but no. The first meeting with her and runner local Narayan was a bit confusing, and she looked a bit suspicious at first. I offered her the $30 / month she said she needed for buying food if she wanted to try trail running. We had to explain it was a growing sport in other parts of the world. That was the start of the small women’s running fund. I started a crowd-funding campaign. People donated running kit, and Mira started training, but we didn’t really have a plan.

How popular is running in Nepal today, has this been impacted by Mira’s rise?

Most people are farmers doing manual labour, so running is not a priority. It’s hard to say of course if it has changed. Inspiration is one thing, getting the structures together to help people get out running is another. I see more people are setting up local races which is great. If people want to run, then having a race event to aim for is a great motivation, and seeing people in a race is a great inspiration it itself for others. There was even a farmers’ race a few weeks back in one village. Races like this are a great to get people together around a cause. 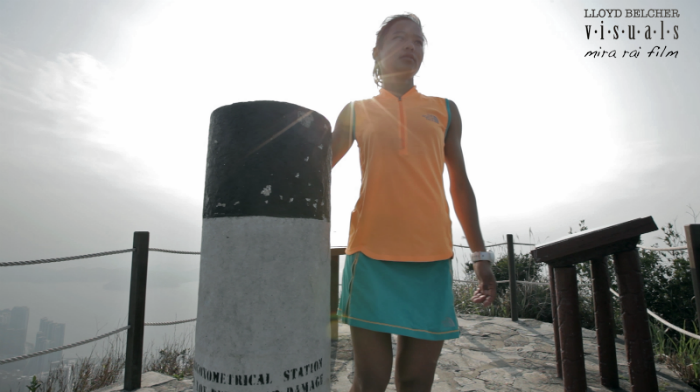 How has the ultra-running community responded to Mira?

Amazingly well. Everyone who meets her, loves her bubbly character, and of course her story too. I guess that causes people to self-reflect a little and realise how many opportunities they have in life.

What are Mira’s main qualities as a runner?

She has many. It’s much more than the fact that she spent her childhood years walking trails and carrying loads. She has immense strength from that. Mentally she has a great attitude. For instance, ask her if she’s nervous on the start line of a big race.

After, she’ll restate that this is a great chance she has to run here and that she is very happy for that. She also is strategic, knows when to hang back, when to push and how to listen well to her body. She doesn’t stress, and knows how to be perfectly relaxed the night before a race watching videos of the world’s most dominant ultrarunner, Kilian Jornet from Spain, running! 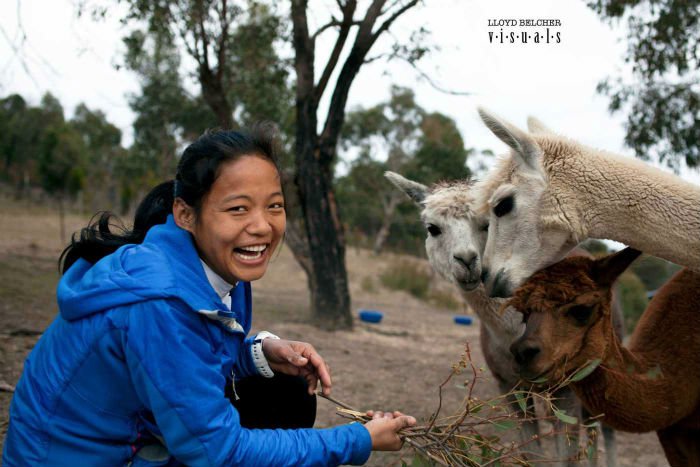 What do you think drives Mira, what motivates and inspires her?

I think always searching for an opportunity in life to leave farming work and doing something bigger has defined Mira’s approach to life. She wants to raise the flag of her country around the world to make Nepal known, and make her people proud too. I think Kilian is a big inspiration to her. But also in Nepal she’s met many people who are extremely hard working and show unending determination to keep going. That includes her mother, victims of the earthquake last year, like the young people who lost limbs who’ve become wheelchair cyclists for instance, or people who lost homes and are trying to get their lives back together. There are many people in Nepal inspire Mira to do her best for the name of the country when she races.

What role do you think running can play in the development in Nepal?

I think running, especially in events like races is another means to give people a chance to test themselves. I know many people who’ve benefitted from the “Wow, I really did that!” feeling, when they’ve achieved something new. Confidence is important in empowering people to be able to achieve more with their lives. Running can contribute to that. 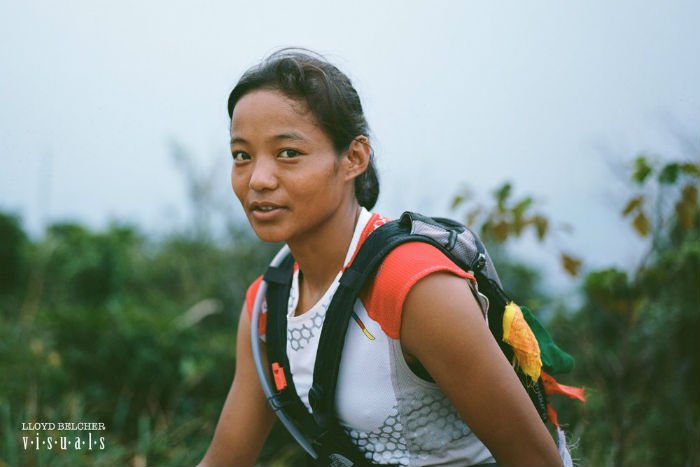 But it’s not just running. Mira’s is another story that proves that across the world there are people with great talent who don’t know it, so it never sees the light of day. For me this is the most rewarding thing I’ve ever been able to do - to be able to help someone find their talent and develop it to its full potential. If it doesn’t inspire people to run, I hope it will re-inspire teachers and enablers to keep giving any opportunities that they can to others.

The proceeds of the film are going to boost female running in Nepal..do you view this as a way to improve Gender Equality in Nepal?

Of course! Do you remember the Boston marathon --many years ago -- the race director manhandling a female runner? Females were not allowed to participate then. Nepal is somewhat behind in this progression to equality and no doubt getting women running and achieving, will demonstrate that women can do just as much as men.

What does the future hold for running in Nepal?

I hope more races will get organised so more people can participate, enjoy and find out what they are able to do. I hope also this year that Trail Running Nepal will enable a few highly talented runners to run in the world’s top races and prove themselves. 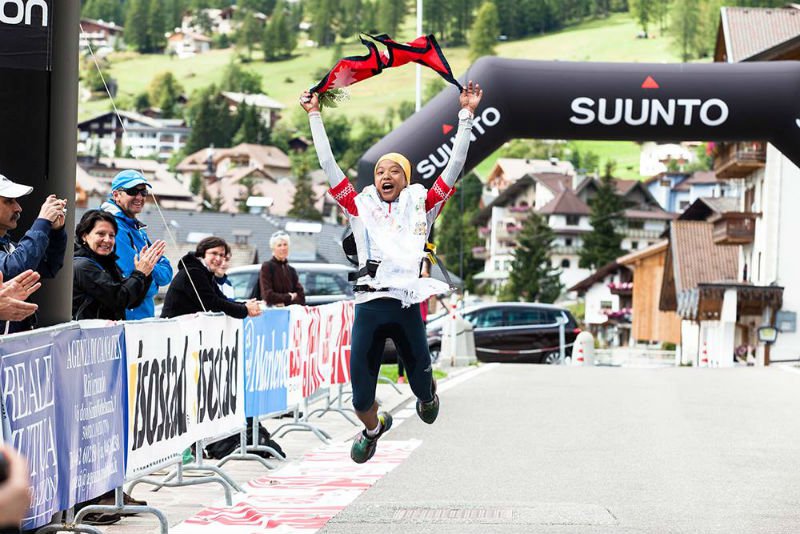 What does the future hold for Mira Rai?

Really the sky is the limit. She has races lined up this season in Europe and we hope she does well. But she is building up her name and then hopefully she’ll be able to use her voice back home in Nepal to push positive social changes. She’s thinking a little long term too -- she has saved almost all of her winnings so far to invest in land to make a small farm with chickens!

Nepal International Marathon is the curtain opener for the Impact Marathon Series where runners will be working in the local community helping with on-going rebuilding work after the devastating earthquake in in April 2015 before celebrating with a run over 10km, 21km and 42km distances.