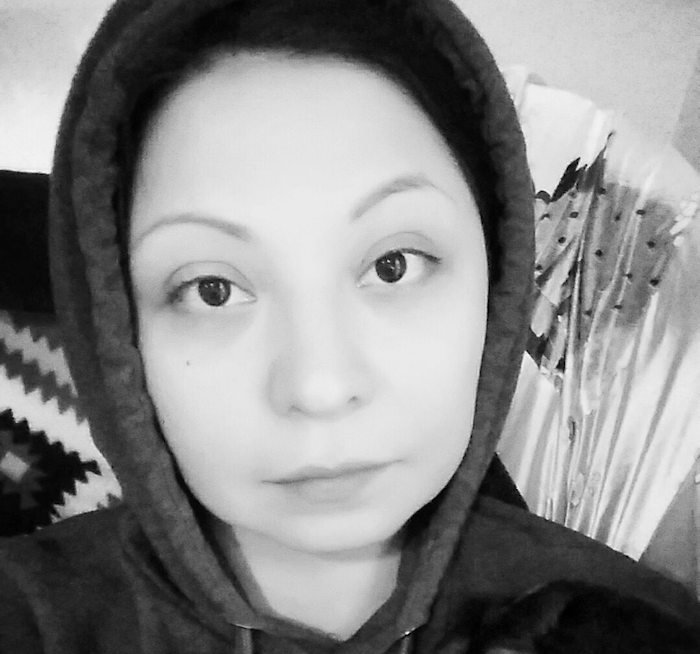 My fate is to tell a story that’s been erased from the history books. 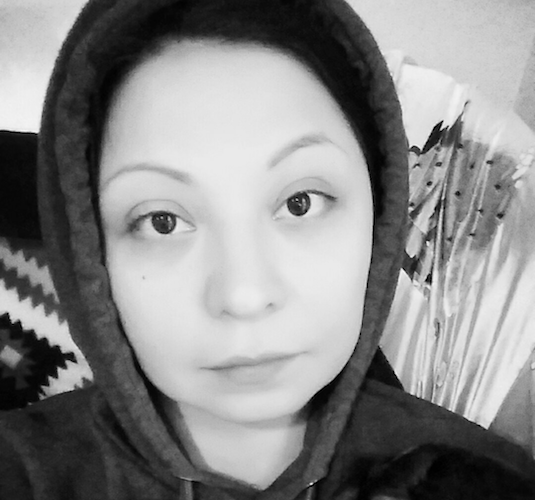 I’d call leaving the reservation an escape if I didn’t have to think about the repercussions of calling the one place I belong a place of trauma and danger. I made it out through words. I always had an affinity for story and its ability to change perception and stigma.

I thought about this in an airport, enjoying a $4 coffee, after being flown out for an intensive interview at Purdue University. I still feel like the rez kid, the foster kid, the dropout, and the welfare mother I used to be. It’s the classic imposter syndrome one might feel when they’ve reached a level of success never thought possible. Often, we were overlooked and discouraged from higher learning, the best we can hope for is a good job and a family of our own.

So, even the moments I enjoy — the moments of reflection in an airport, after a great interview, or nice restaurant — those moments are riddled with pain: the pain of making it out, and the pain of the past.

Read More: Native Girls Rise: How A New Generation of Native Women Are Standing Up & Fighting Back ​

Whom do I attribute my pain? White supremacy? Institutional racism? My mother? My father? Oppressed groups often deal with this conundrum. In order to address the dysfunction within our communities we must first locate pain’s origin and “fix” it. My poverty, lack of resources, family violence and dysfunction, stems from generations of assimilation, exploitation, and oppression – and then, at some point, we have personal accountability. The complexity of our pain makes it all the more impossible to parse out and deal with.

This is the life of an Indian woman. These are my everyday contemplations. The layers of identity make my writing more humane, empathetic, and earnest — so, because of my sordid past and identity, I’m able to bring humanity to my characters and build a story with intricacy and tenderness. That’s a gift, but the curse is that happiness is fleeting, and most of the time I feel guilt for having food in my fridge, a career, access to ideas, and the privilege of time to think.

Read More: Native Voices: I Wasn’t So Sure About Standing Rock… At First

“Resiliency” is a hard word to think about. Yes, Native American people are resilient, and, yes, some of our cultures and communities survived colonialism and white supremacy, but what’s the cost of survival? We’ve lost languages, subscribed to conventions unnatural to our basic fundamental values, and we’ve had to admit that what’s happened to our grandmothers, and their grandmothers, has deeply affected us as a community. Generational trauma is now considered a fixed condition. So, for me, the term “resiliency” is almost too poor a word for the type of work we do as survivors, and as Native American or indigenous people.

I’d say we were fighters if the word wasn’t associated with championship, competition, or violence. I believe that “Native American” is ascribed terms like “resilient” or “survivor” or “fighter” on a good day, but that is a form of racism itself. If our plight is the first thing people think of when we’re mentioned — they’ve stripped us of our culture, humanity, and identity beyond our struggles.

And all of this contemplation and consideration about what “Native American” signifies hasn’t yet addressed that when I publish editorial work I am often heckled by white men with statements like, “Why don’t Indians stop drinking, or having babies and relying on welfare?”

I believe these misguided, and often willfully ignorant, statements hurt me in several ways. They debilitate me at times when the world is too much. There are days when those repugnant statements keep me in bed, unable to exist in the world, prepared to combat stereotype, stigma, and oppression. No matter how many times I am flown around the country, no matter how many awards, fellowships, and publications, I will always deal with white supremacy and the history of my people.

These are my deepest thoughts as I sit in airports, and enjoy a reflection my mother was never allowed while she was working 70 hours a week, raising four kids, and going to school. I haven’t shared these ideas with my readership, because, until today, I had refused to liberate myself from every consideration that hinders me from believing I belong in the world, and that my fate is not to die, but to tell my story — one that has yet to be canonized in literature or taught in classrooms. We’re finally in a day where I can work against historical erasure.

It has taken me a lifetime to realize that indigenous people are not necessarily survivors, or fighters, as much as we are profoundly generative – –in spite of colonization, oppression, segregation, removal, relocation, and disease. We are a generative people without recognition or allowance — we will continue, and I’ve never been more proud of my blood and mind: indigenous and strong.