“By doing so, you would be expressing your solidarity.” 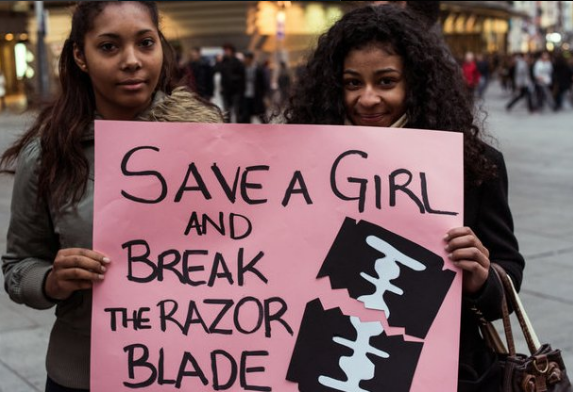 A national Muslim group wants a mosque in Michigan to renounce FGM — and to do it quickly.

The issue erupted into national conversation last week after two Detroit-area doctors and a third woman were arrested and charged with federal crimes over allegedly performing female genital mutilation on girls as young as 6 years old.

The doctors were part of a Dawoodi Bohra sect of Muslims centered around the Anjuman-e-Najmi mosque in Farmington Hills, Michigan. The sect, a small group of Muslims from India, has been linked to other claims of FGM — or “khatna” — in places like Australia.

But the American Islamic Forum for Democracy called on the group and the mosque to urgently denounce the practice and “put out an unequivocal condemnation of all ‘khatna’ around the world as immoral and un-Islamic,” according to a letter cited in the Detroit News.

Dr. M Zuhdi Jasser, president of the AIFD, wrote the letter last week to the mosque’s leaders expressing the urgency of his request.

“By doing so, you would be expressing your solidarity with the brave women and men from within the Bohra Muslim community who have stood against this cruel practice and who have committed themselves to lives of true mercy and compassion,” Jasser wrote.

Jasser also encouraged the mosque’s president, Janab Aamil Saheb, to investigate whether any other members were involved and turn them into the FBI and Homeland Security, according to the report.

Both local and national Muslim groups have condemned the practice, saying FGM is unacceptable.

"American Muslims join people of conscience of all faiths in condemning female genital mutilation (FGM), forced marriages, 'honor killings,' and any other form of domestic violence or gender inequality as violations of Islamic beliefs. If anyone mistreats women, they should not look to Islam to justify their abhorrent, un-Islamic actions,” the Council on Islamic Relations said.

The three individuals who were arrested, Dr. Jumana Nagarwala, Dr. Fakhruddin Attar, and his wife Farida Attar, allegedly conspired to have Nagarwala perform FGM at Attar’s medical practice after hours. They have all pleaded not guilty, with Nagarwala’s attorney saying that she merely “shaved” the girls but did not cut them.

A federal ban on FGM has existed since 1996, and though it is more common in Africa, Asia, and the Middle East, the practice does exist here, particularly in immigrant communities. In 2012, US authorities said about half a million girls and women in the US were either victims of FGM or at risk for it.

Globally, 200 million girls have undergone some form of FGM according to WHO.

TopicsFGMFemale Genital MutilationMosquesAmerican Islamic Forum for Democracy
Brought to you by