A step toward making the universe a place of equality. 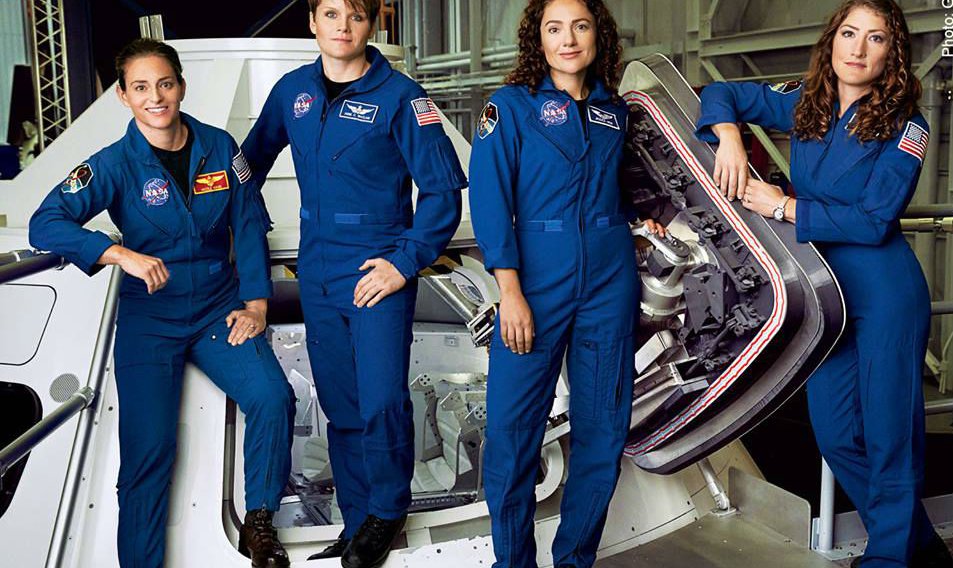 These women have made history, and it's not just because becoming an astonaut is extremely difficult (I mean, how do you even become an astronaut?).

It's because this is the first time a graduating astronaut class at NASA has had an equal amount of men and women.

That's a big achievement in changing the status quo. Women are underrepresented in too many professions throughout society. When it comes to "levers of power" positions like those in Congress or Fortune 500 companies, the ratio is even more skewed.

This is beginning to change, thankfully. But let's be real: women today are not suddenly more capable than women were in the past. All those other astronaut classes could have been gender equal.

It's just that, now, systemic obstacles in society are finally being dismantled and women are being given equal opportunities.

When women are granted opportunity, it creates momentum by both demonstrating that women are just as capable as men (thus opening up more chances for gender parity) and by providing role models to young girls who will grow up never doubting their dreams (thus increasing the future number of female applicants).

The women who graduate now as astronauts enter the program at a pivotal time: space travel is transitioning from a highly esoteric and constrained field to something a bit more democratized and exploratory. All sorts of commercial enterprises are building space programs for citizens. Other programs want to start mining asteroids and planets.

As climate change bears down on Earth, more and more people are looking to Mars as an alternative for civilization. The terrain is arid and craggy. Dust is everywhere. But traces of water have been found.

No person has ever stepped foot on Mars.

How fitting would it be if, when humanity tries to secure a fresh start, the person to lead the way is a woman?