Over 21,000 Global Citizens call for justice for the Yazidi people.

On August 3, 2014, the so-called Islamic State waged an attack on the Yazidi people in Sinjar, Iraq, killing more than 3,000 civilians and enslaving 5,000-7,000 more, mostly women and children. Current estimates suggest 3,200 Yazidis remain in ISIS captivity, including Yazidi women who are being used for sexual slavery.

Nadia Murad escaped the genocide and has since travelled the world to tell her story about the horrors that her people have faced, and still continue to face, at the hands of ISIS. Yesterday, in her quest for justice, Nadia visited the Iraqi Embassy in the United Kingdom to hand over the Global Citizen petition that called on the Government of Iraq to send the case of the Yazidi genocide to the International Criminal Court. By sending the case to the International Criminal Court, the Iraqi Government will not only help protect the Yazidis and support efforts in prosecuting ISIS, but provide a clear legal and human rights framework in the interest of future regional stability. 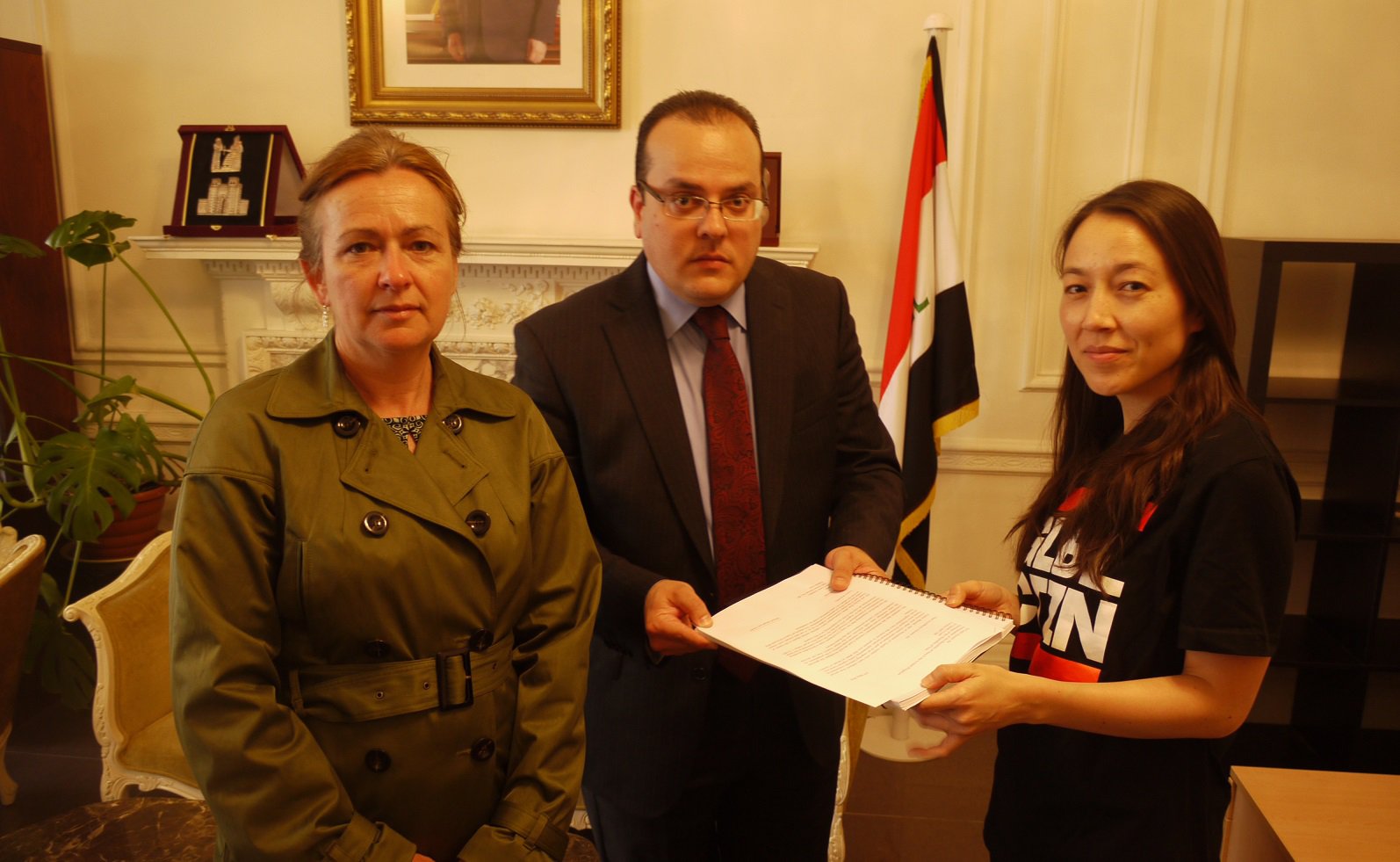 Joined by Luis Moreno-Ocampo, the first Chief Prosecutor of the International Criminal Court, Yazda, and UK MP Liz Saville Roberts, Nadia met with the Embassy to highlight the plight of the Yazidi people and to hand in the Global Citizen petition that had over 21,000 signatures from all around the world.

This handover is just the start of the process that will see justice for the Yazidi people. But when over 21,000 people come together to demand justice, it sends a clear message that the world stands together with the Yazidi people.